IT’S NOT WHAT you’d expect to find in the seemingly pristine wilderness out on Pioneer Road in South Marquette that features a scenic grassy meadow, huge stands of trees, a trickling stream, and biking and walking trails.

And yet there it is: garbage. Lots of it. Tires, barrels, household items, just about every type of refuse you could imagine.

Most alarmingly, it appears that something from this site is leaking into Westren Brook, a little waterway that eventually empties into Lake Superior.

What exactly is leaking? How much? Is it highly toxic? How long has it been leaking? How’d it get there? What can be done about it?

All questions that the Department  of Environment, Great Lakes, and Energy (formerly the DEQ) and the city of Marquette are now trying to answer.

The issue and the photos of the site came to public notice a few days ago after City Commission candidate Andrew Lorinser was invited by a citizen to take a look, and Lorinser posted the photos on his Facebook page.

Monday, officials gathered at the site to plan strategy for dealing with it.

Quick background: This is the site of Marquette’s  30 acre former city dump that was closed in 1987 and capped with a liner and soil. It’s surrounded by forest land that for more than a century also acted as an informal dumping ground for Marquette residents. Out of sight, out of mind. Today, the land appears to be lush and green. A gently sloping meadow encircled by trees. Not quite. 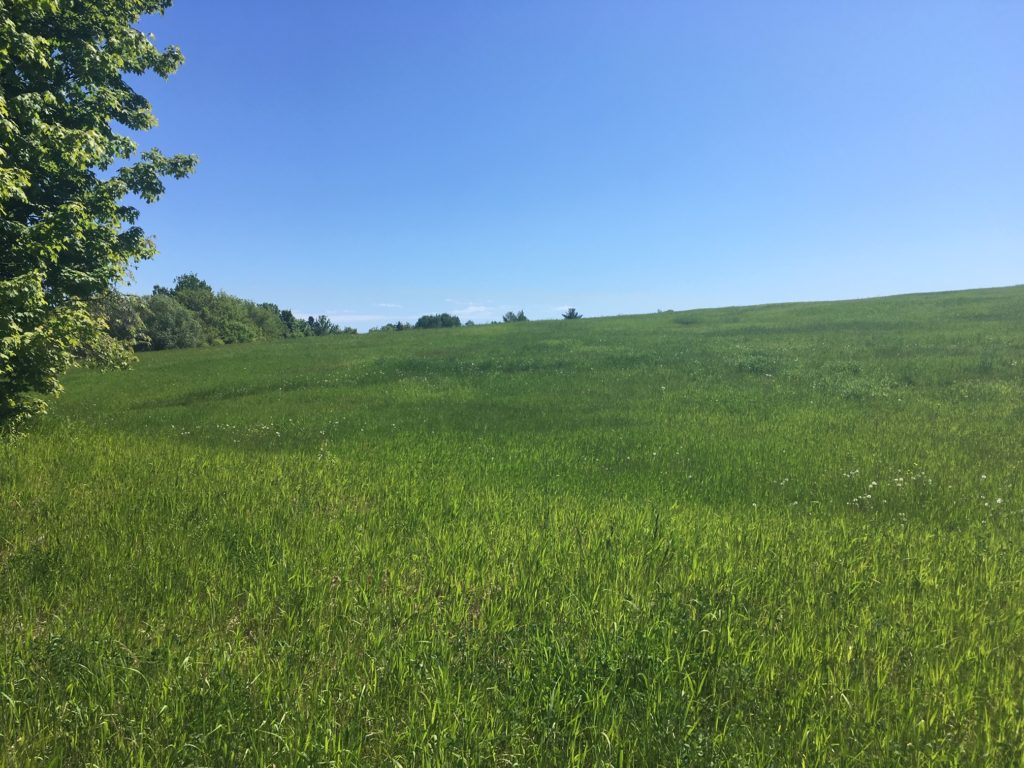 “We’ve been out here before,” says  Carolyn St. Cyr of EGLE, “but not this particular site. This is apparently something new. What we found in the past were inert materials (tires and such), but nothing leaching into the soil.”

She says there are more than 90 of these closed dumps throughout the UP, and EGLE does its best to monitor them.

Rick Aho, the former director of the county’s Solid Waste Management Authority, says he smelled something strange when he recently visited the city’s new composting site nearby. And then he explored the area. “It looks like the cap is deteriorating,” he says. “And the water is leaching through, and it has to come out somewhere.”

He adds that there is a distinct film on the water and there are no signs of life around it. 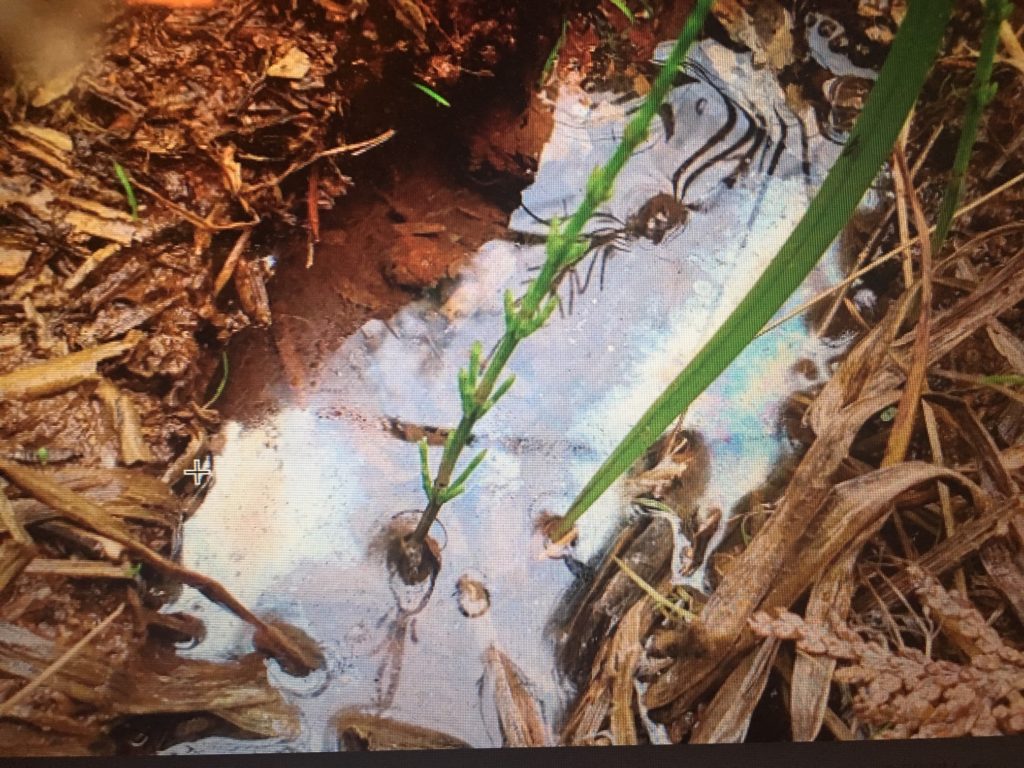 What’s caused the film on the water is uncertain. Water sampling will provide answers.

If the cap is, in fact, deteriorating, the city will have to take action. “We’re trying to learn exactly what’s there, what the problem is, and then do what needs to be done,” says Scott Cambensy, the Superintendent of Public Works for Marquette.

Current plans are for city and EGLE officials to return to the site later this week, analyze it, determine the extent of it, and perhaps take some water samples.

The hope is, it’s a relatively small leak, highly localized, and it can be remediated quickly and inexpensively.

Meantime for the bikers and hikers, the area looks serene and pristine. But if they venture off the trails a bit, into the muck, they’ll find something less appealing.