SO YOU THINK Marquette is a bike-friendly community?

Watch what happens over the next three years. We’re going to see a huge increase in the number of streets that will be welcoming to bicyclists.

The city’s got just over 100 miles of streets and currently 6.4 miles have designated bike lanes, and 2.4 miles of streets have shared lanes for both bikes and cars. Granted, some of us aren’t all that comfortable with it yet, but we’ll get used to it. 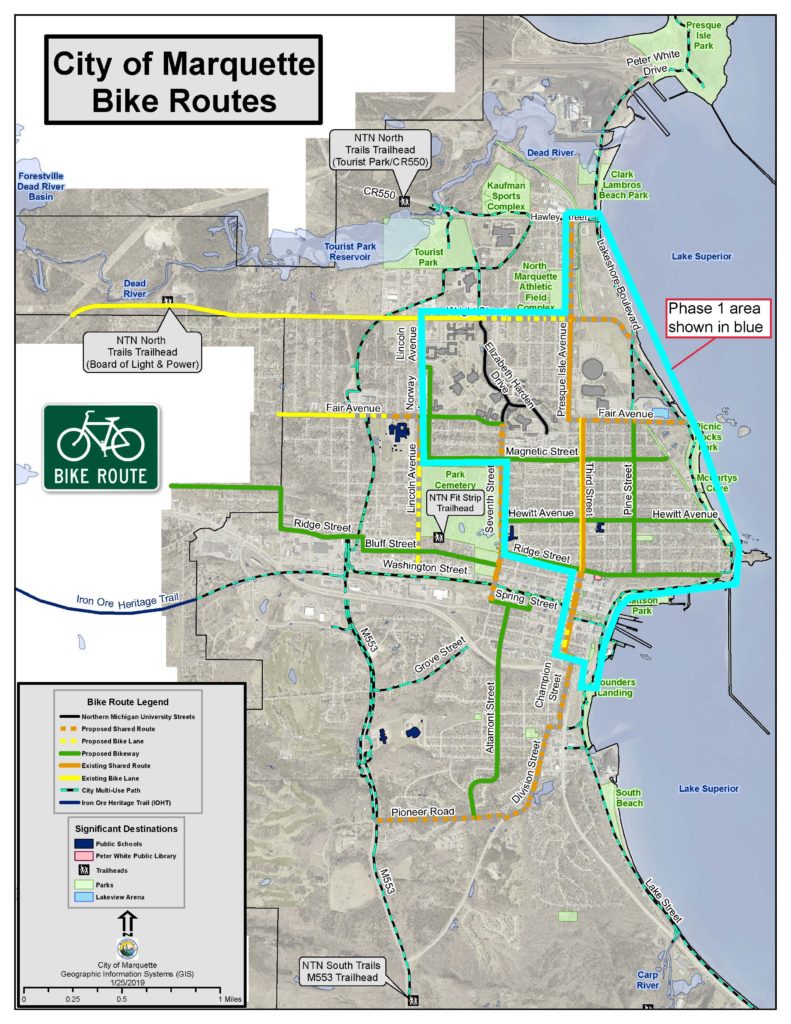 Existing and planned bike routes. The area surrounded in light blue will get priority.

So here’s what’s planned in the next three years: 5.8 more miles of designated bike lanes…10.4 more miles of shared lanes…and 9 new miles of what are called “bikeways.” Bikeways will be similar to shared lanes, but instead of designations  on the asphalt, there will be signs located along the roads indicating that it’s a bike route.

Add it up and it’s 25 more miles of bike-friendly roads. Why the big push?

“It makes sense to connect the bike routes on the shoreline to the roads where people live and work,” says Dave Stensaas,  the city planner and zoning administrator. “And we want to encourage more people to get out and ride their bikes.”

It’s good for our health, it saves money, cuts down on pollution, and honestly, it makes for a more attractive and livable city. And whether we like it or not, it probably slows down traffic. 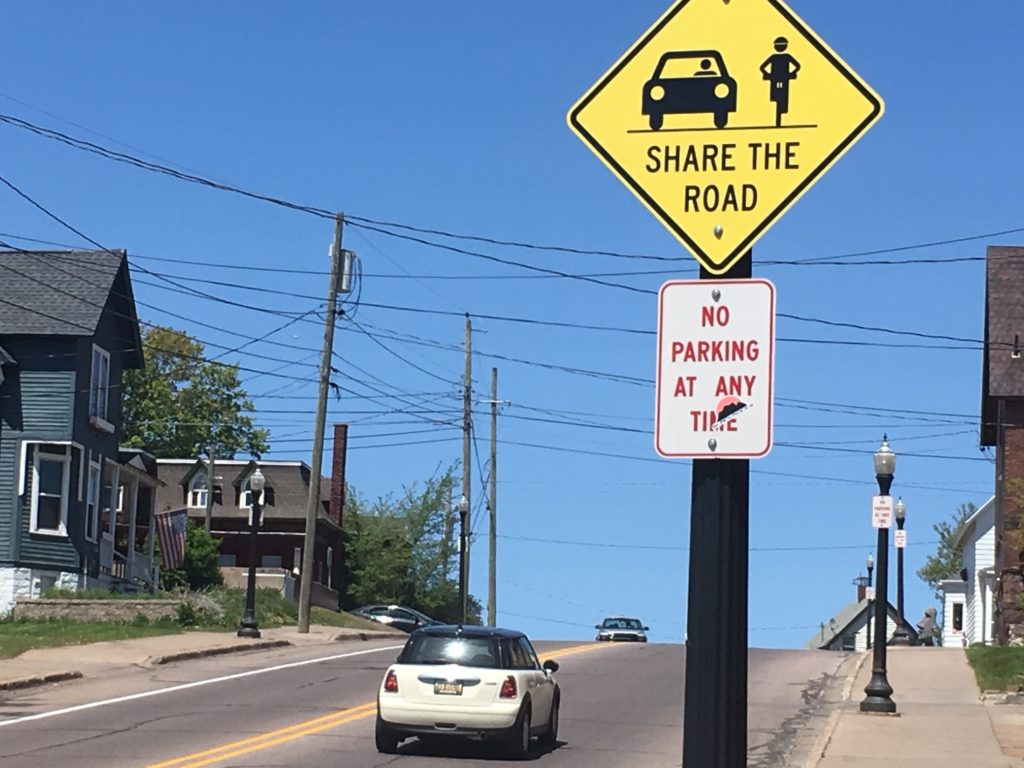 Sharing the road with bicyclists likely slows down intown traffic.

The initial push for more biking streets will focus on the University, downtown and the Eastside. Stensaas says a firm schedule for all the changes has not been worked out yet.

All of these planned changes are in addition, of course, to the sensational and scenic bike paths on the Iron Ore Heritage Trail and the lakeshore, where cars are prohibited.

Marquette was recently awarded a silver medal for being bike-friendly by the League of American Bicyclists; fewer than a hundred communities nationwide were awarded a silver or gold designation. Sure looks like Marquette is going for a gold medal next time out.