Marquette’s Housing Market: The Myths, the Facts, and the Future

EVERYBODY’S MOVING TO Marquette! They’re ruining it for the rest of us! Condos are killing this town! Rich out-of-staters are buying up all the good properties! Why don’t they build reasonably priced homes for regular people?!

Over the last several years, we’ve all heard these observations, criticisms, and complaints. Some of them are valid, many aren’t.

So, with the help of some statistics (from various sources) and five local experts, we thought we’d try to shed some light on the Marquette housing market.

What’s the average sales price for a home in the Marquette area these days?

“The recession scared a lot of people,” Closser points out. “They got out of the market. Prices collapsed in much of the country. Owning a home was no longer a secure investment.”

Marquette, for the most part, escaped the worst of the recession. It’s never had the big ups and downs of the real estate market.

But people are flocking to Marquette, right? They’ve got to be driving the prices up and creating a building boom, right?

Well, we’re certainly seeing a building boom with the hospital, the university, the Energy Center, and the higher priced apartments on the shoreline, but a residential boom? No. 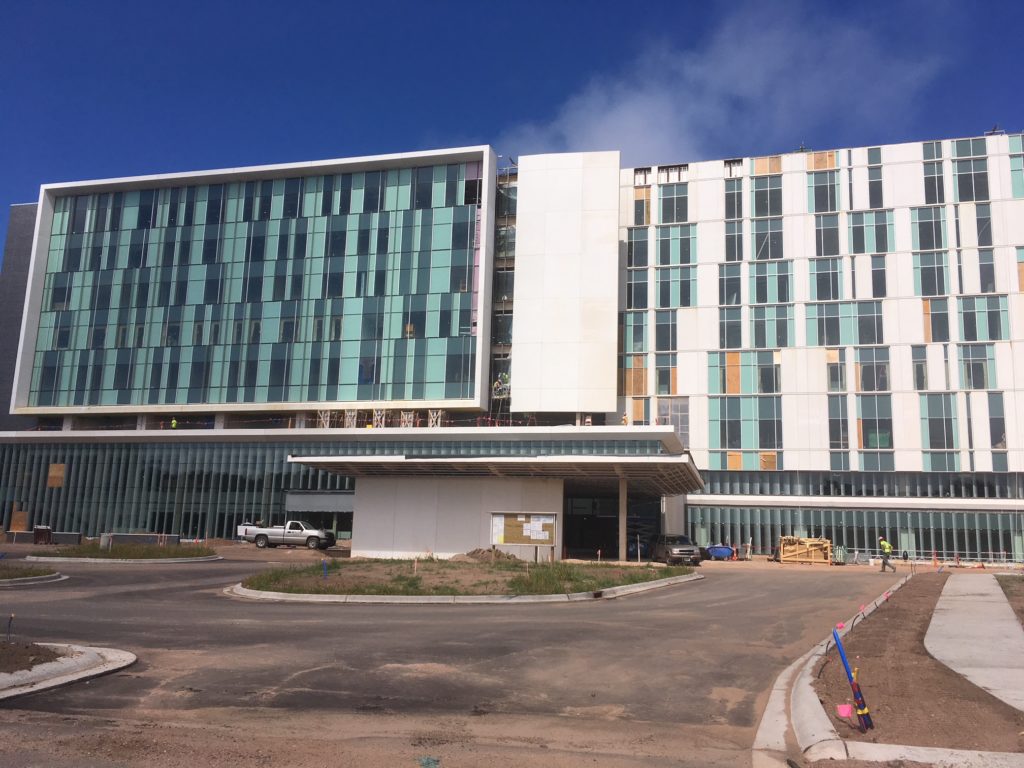 At last count, Marquette’s population was about 21,000. Unlike many towns in the U.P., it’s still growing, but slowly. Potential home-owners aren’t flooding the market.

“The inventory of existing homes in the 100s and the 200s is slim,” adds Select realtor Stephanie Jones, “but it’s there. You can find those homes but they’ll need work, and a lot of buyers are very picky.” 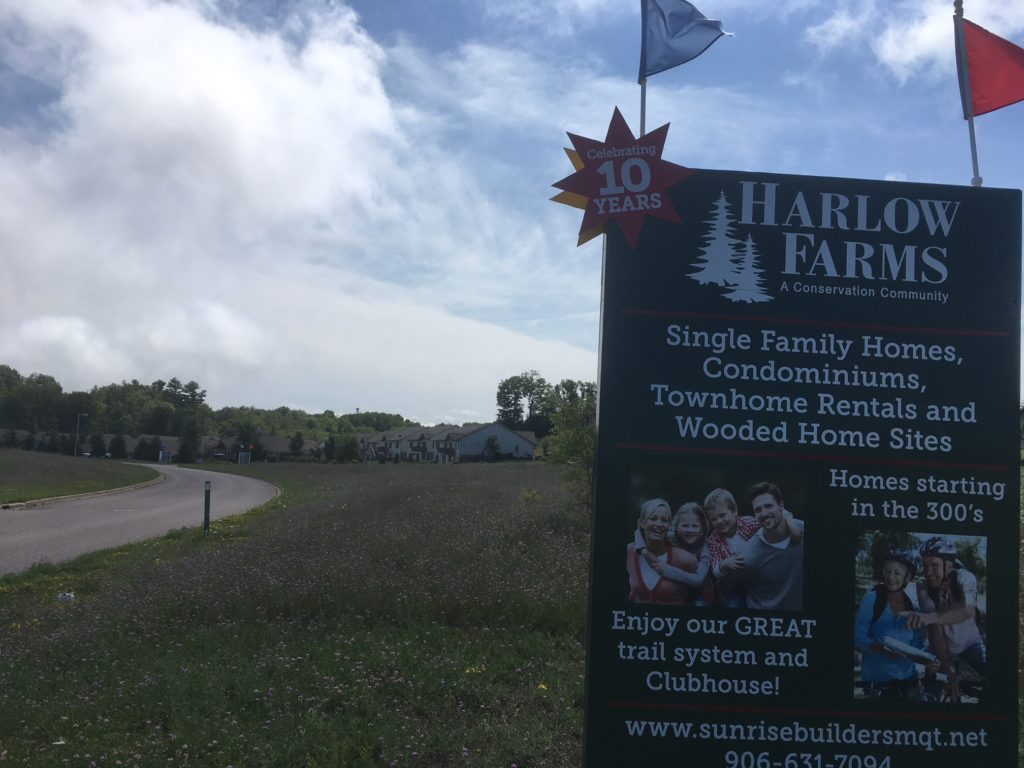 “If a builder would put up a subdivision with $150-200,000 homes, we’d have people lining up to buy them,” says RE/MAX realtor Terry Huffman.

But it can’t be done, not if the builder intends to make a profit.

“You can’t build a house these days for under $250,000,” says Swadley. “And actually the entry level price for a new home here is about $350,000. Land is a little cheaper in some places, but the price of two-by-fours and for labor continues to go up. And it’s the same whether you’re building an expensive house or one that’s less expensive.”

Condos can be built more cheaply because they require less land, but they’re still going to be starting around $300,000.

That’s still too much for many would-be homeowners with more modest incomes.

“We refer to it as the “Missing Middle,” says city manager Mike Angeli of the scarcity of less expensive homes. “We’re very aware of it.” But he says, the city can’t do much about it. Housing prices and construction are driven by the market. 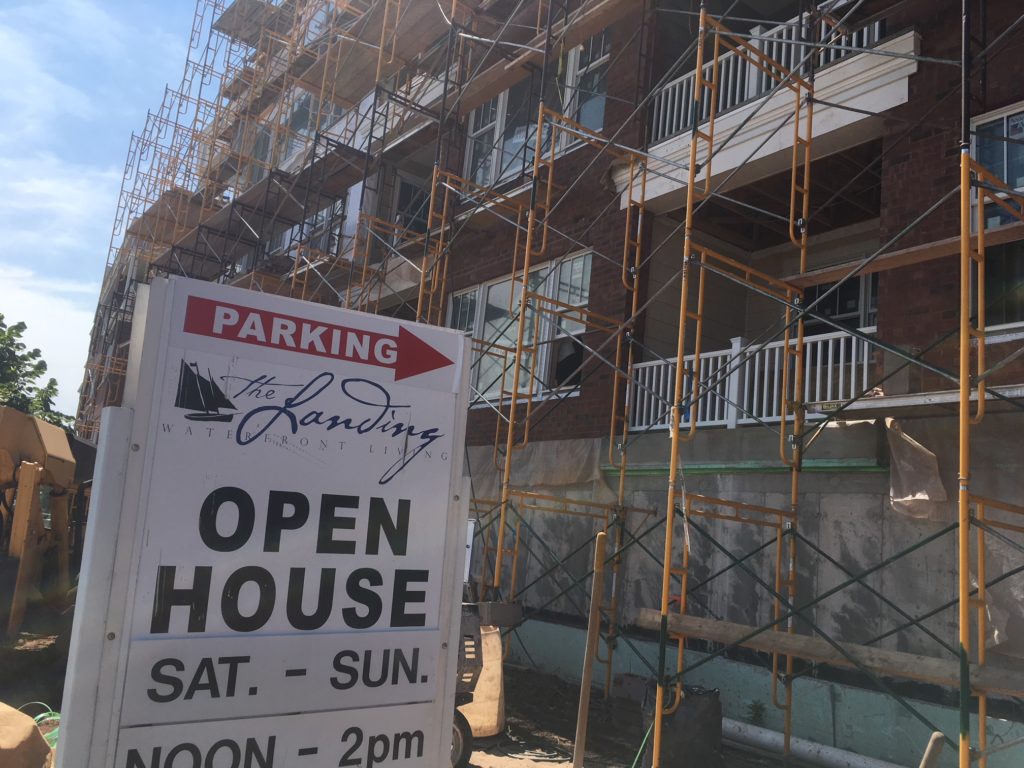 But what about the market for new condos? They’re building them all along the lakeshore!

Well, not really. The Landing condos, along the lakeshore– and nearly completed–is the last major complex built, and there are still a few units for sale.

What alarmed some folks was the announced plans a few months back to build up to 80 units just off of Lakeshore Boulevard near Picnic Rocks. But after an initial outcry on social media, the plans were withdrawn. The developers will now likely come up with a new, less ambitious proposal.

And the fact is, according to most real estate observers, the condo market, for all the attention  it’s attracted, is now flat.

“The boom in condos,” says Swadley, who’s built plenty of them, “has about run its course.”

Well, all these condo buyers…Aren’t they just a bunch of outsiders and investors squeezing the rest of us out of the market?

No, says Jones. “I haven’t seen that at all,” she tells us. “The people buying condos are not outside investors. Most of them are either people returning home to Marquette or empty nesters, or locals who just want a simpler, easier life. No yards to take care of, no snowplowing.” 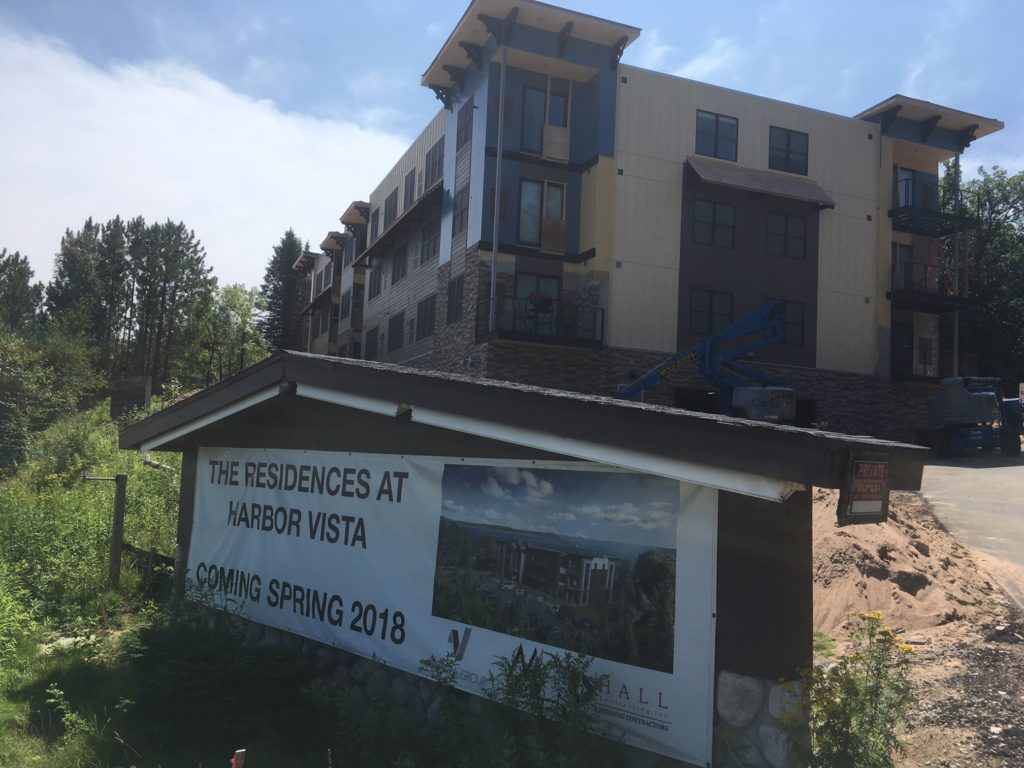 What about the rental market? That’s gotta be booming, right?

Seems to be the case here. Just take a look at One Marquette Place on Lake Superior downtown and Harbor Vista, just south of downtown across the highway from the lake. Nearly 100 new rental units between them, mostly between $1100 and $1800 a month.

Talk to the developers and they’ll tell you they’re finding enthusiastic renters.

National statistics give further evidence of a brisk rental market. Back in 2004, the home ownership rate was 69%. Today it’s only 64%.

That means, of course, that more people are renting these days.

A few possible reasons: 1) The recession drove a lot of people out of  homes they had owned  2) Many millennials, especially college graduates, worked up a substantial debt and can’t come up with a down payment  3) Millennials are more open to moving for better job opportunities, and renting simply makes more sense  4) Even established professionals and empty nesters seem to like the flexibility that renting offers.

And the people who are buying rather than renting…Who are they exactly?

“Not a lot of young people with children are moving here because of the job situation,” says Huffman, “but with the increase in internet jobs, that’s starting to change.”

He continues. “The typical buyer these days is a mom or a dad. It used to be a mom and a dad with a combined income. That’s made things a little more difficult.”

So the market is mixed. It’s empty nesters, professionals with substantial incomes, and one- and two-parent families looking to gain a foothold in the housing market.

And then Stephanie Jones, the realtor, offers this interesting take. “I’m starting to see more millennials who want homes and they seem more community-minded than the empty nesters. They want to live in walkable areas. And some of them are looking to buy rental properties. I’ve had 30- year-olds who want to buy triplexes.” 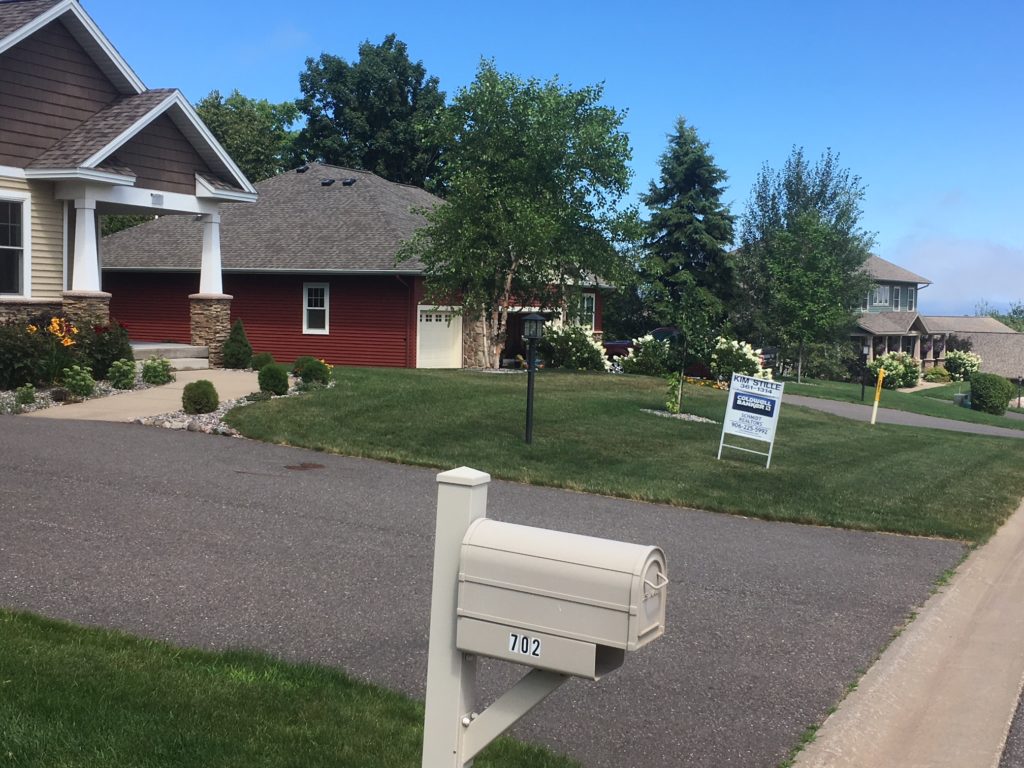 So ultimately, what’s the future of the housing market look like?

Likely, values will continue to appreciate at a moderate pace. Four percent or so a year. Marquette’s climate–with five months of winter–will probably prevent a massive influx of population and a huge spike in prices.

We’ll probably continue to see greater housing densities in and around Marquette. “Subdivisions chew up a lot of land,,” says Closser. “Most cities and towns these days don’t want suburban sprawl. Condos and apartments are more space-efficient.”

As to what exactly will be built and when, it’s really pretty simple, according to Angeli. “The market will drive it,” he says. “When developers see that the market is saturated, they’ll build something else.”

A final note from Swadley who’s been building houses, condos and apartments here for 40 years: “The one possible big game-changer for the housing market here is the new hospital. If that results in net new hires (an increase in jobs), that could make a huge difference.”