It had happened all over the country–Silicon Valley, Boston, Boulder, Austin, even up the road in Houghton–so why not here? Was it a realistic expectation? There were doubts.

The first major step was hiring a CEO for the smartzone, Ray Johnson, who’d had extensive experience with technology start-ups in Boulder. 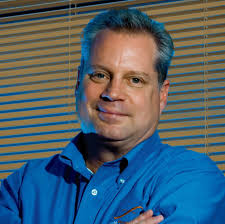 Ray Johnson was brought in from Boulder, Colorado to jump-start Marquette’s SmartZone.

What he found here was an attractive community with plenty of assets for young, forward-thinking tech types–a university, mountain biking, kayaking, skiing, craft breweries, and coffee shops–but not much in the way of tech.

“We had no ecosystem here to start,” he explains. “We had to come up with a long term strategy.”

To be fair, Marquette did have a handful of tech-related businesses at the time–906 Technologies, Elegant Seagulls, Pioneer Surgical, Stang Decision Systems, and Neurotrainer, among them–but it was limited.

“Everybody wanted to turn Marquette into a tech mecca immedately,” says Rich VanderVeen, who’s been a Michigan pioneer in wind power technology and an investor in start-ups. “But it doesn’t happen like that. It takes time, patience, and persistence.”

Fortunately, Marquette was able to build off the experience of Houghton whose MTEC SmartZone was incorporated in 2002. Former Houghton city manager Scott MacInnes was a major force behind MTEC, and he also became a board member of Innovate Marquette.

“Our first seven years at MTEC, we didn’t gain much in jobs or businesses,” he admits. “Marquette’s been able to see what we did right and what we did wrong, and learn from that. But it takes time to get things right.” MacInnes says Marquette, after four years, is actually ahead of where Houghton was at that same point.

One major advantage that Houghton had over Marquette: Its university, Michigan Tech, is all about technology and research. Northern Michigan University is not. An obstacle, but not an insuperable one.

Johnson’s focus during these first four years has been to build a tech ecosystem. In other words, a community of people, places, and events that support tech-oriented individuals and entrepreneurs. 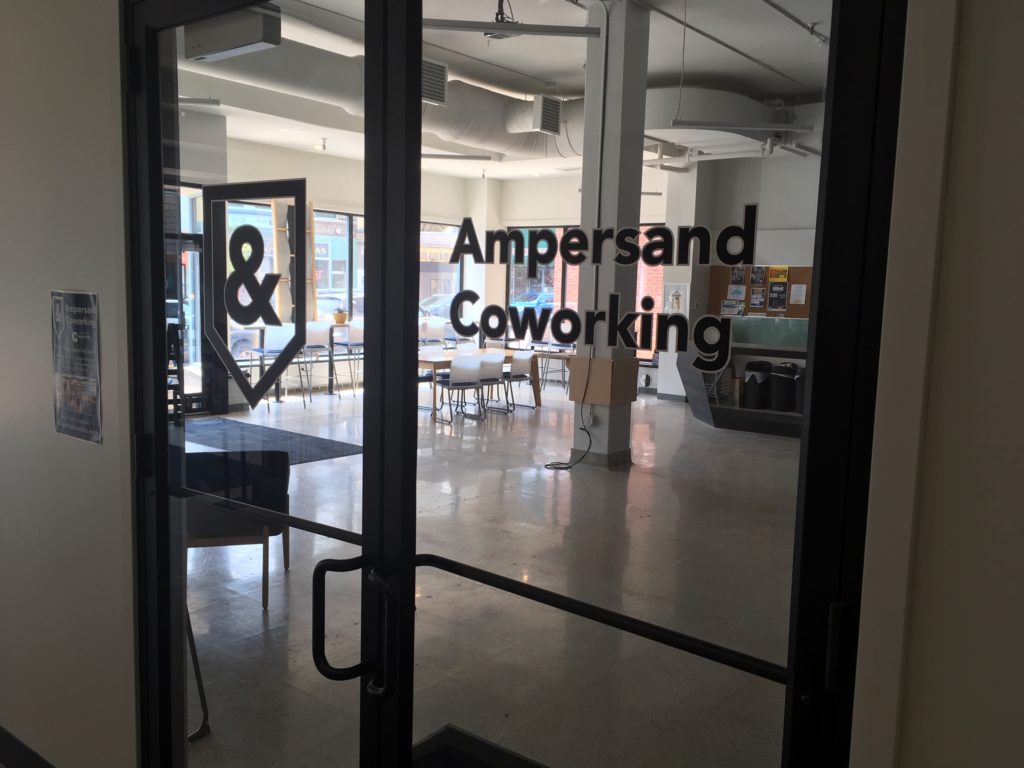 Ampersand has been a center of activity for professionals and entrepreneurs downtown.

On that front, there’s been major progress. Consider:

“Business on Tap,” at the Ore Dock Brewing Company, features speakers on business and technology, after work hours.

“Women in Entrepreneurship,” a program focusing on challenges faced by females in starting businesses.

The merging of Innovate Marquette and Invent@NMU which now welcomes all entrepreneurial ideas–high tech, low tech, and no tech–and provides support for them. In the last few years, 500 new ideas have walked through the doors.

Northern Initiatives, a nonprofit that makes loans to small businesses that might have difficulty getting help from traditional banks.

NMU, of course, has provided major support for the Smartzone. Other players: The Marquette Chamber of Commerce, the Lake Superior Community Partnership, Accelerate UP, and Invest UP. All of them dedicated to attracting and nurturing businesses that want to locate in the Upper Peninsula, and specifically Marquette.

And coming up, the “Innovators Challenge,” a contest with monetary prizes for inventors with outdoor recreation ideas, and  “Return North,” an event this summer hosting professionals and entrepreneurs who may have once lived in Marquette and are considering coming back.

The message for them: There are things happening here. There is excitement. There are jobs. There are opportunities to start your own businesses. 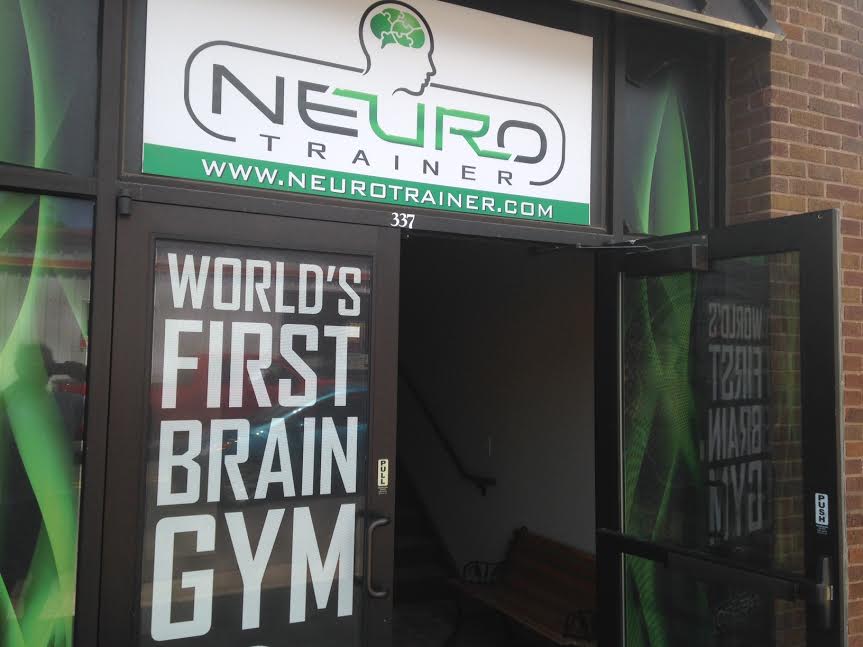 Neurotrainer never found enough clients or cash while it was in Marquette.

There have been some setbacks along the way. Neurotrainer, a start-up offering virtual reality exercises to train the brain, pulled up stakes after a couple of years and moved to San Francisco.

The smartzone set up a community-type kitchen designed to help start-up food-producers prepare their food. It failed to get traction.

The labor pool has been limited. “There just weren’t enough people with the skill needed in technology when we started,” says Lee Francisco, who founded 906 Technologies in 2005. “It took us six months to get people where they needed to be, and then by that time, they could see there were jobs all over the world where they would make more money.”

That remains a dilemma for young people: stay in Marquette and work for less money, or seek your fortune elsewhere.

Innovation Shore Angel Network, the angel investors group, has 24 members and they’ve been helpful, but Johnson says the group needs to grow. Access to capital for young entrepreneurs is essential.

Something else. The mentality of the entrepreneurs needs to change, according to Johnson. “In places like the UP, people will always look at an entrepreneur’s effort as a side job. They’ll want to continue working their regular job as long as they can. In other places, the tendency is to jump in quicker and deeper.” Of course, the reason for that cautious approach is that entrepreneurs here are generally playing with their own hard-earned money, not a cash influx from investors. 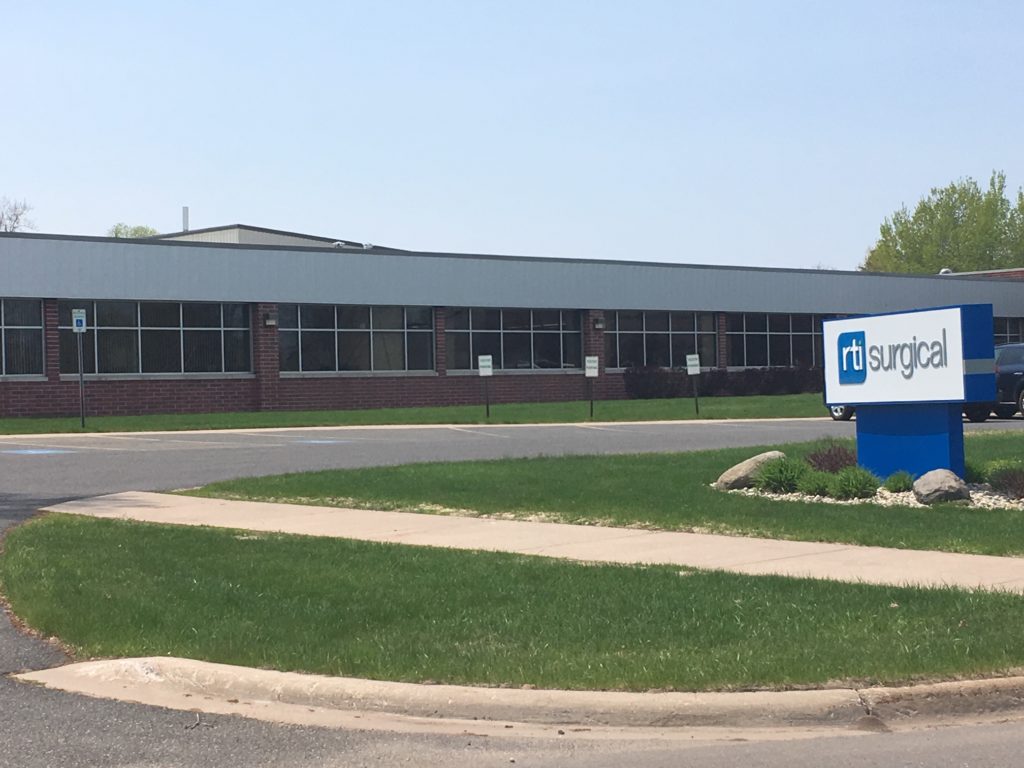 But the existing, small tech companies here are holding their own. And a couple of the bigger ones, RTI Surgical, in north Marquette, and Able Medical Devices, headquartered at Sawyer, are both prospering.

And then there are the newer entries:

Safe Walk…a device to ensure safety for walkers. Working on a prototype.

But the newest and most promising development is this: the establishment of NMU as a cyber security hub. The UP Cyber Security Institute will provide education for traditional NMU students and training for others looking to get licensed in the growing field of cyber security. 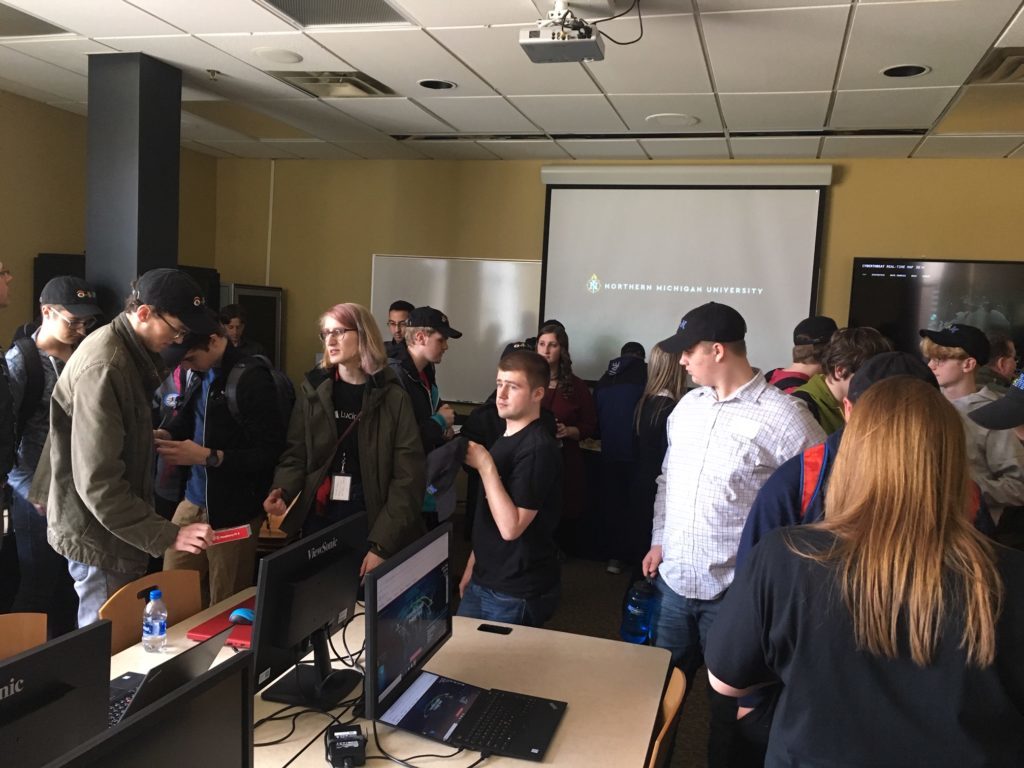 The Cyber Security Institute at NMU opened a few weeks ago.

“The smartzone is absolutely on board with the cyber security institute,” says Keith Glendon who works in sales and strategy for IBM security. “It’s right in their wheelhouse. It’ll bring in investors. It’ll bring in connections.”

And it’ll bring in students and others seeking better jobs and higher salaries.

Most important, the jobs are out there. Right now. Seven thousand unfilled jobs in cyber security in Michigan, more than 300,000 across the country. Good jobs, many starting at $60,000 a year.

“They (the companies) want to give those jobs to English-speaking, American workers,” Glendon emphasizes. “They don’t want to outsource them outside the U.S. if they don’t have to. And those jobs can be right here in the U.P.”

Johnson, speaking more generally about tech jobs, reinforces Glendon’s point. “We talked to a software engineer in San Francisco recently who is outsourcing all their software development to Bolivia. Good jobs. Good salaries. Those jobs should be in the U.P. We can do it.”

Marquette’s not yet a tech mecca, but step by step, it’s starting to offer more than just bike trails, breweries, and coffee shops.