DECEMBER WILL BE  an interesting month for the Meijer store now under construction in Marquette Township.

Why? Because that’s when the store will get its first tax assessment from the Township following the Michigan Supreme Court’s recent ruling that the Tax Tribunal must re-evaluate its method of assessing properties.

Until now, the Tribunal has been assessing the big box stores at a very low rate, under the so-called “dark store theory.” Lower tax assessments have resulted in much less revenue for the municipalities.

No more. The Supreme Court’s ruling wasn’t a slam dunk victory for the municipalities, but it was a clear message to the Tribunal: Straighten out your methods, don’t pretend that a prosperous, up-and-running store is worth no more than a “dark,” closed down store.

So how will Meijer react to its likely, higher-than-expected assessment? “I hope they’ll come talk to us if they have any concerns,” Township manager Randy Girard says. 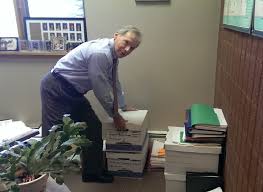 Girard and the Township have been fighting the Tax Tribunal for six years. It now appears the battle was worth it.

Unfortunately, the assessments of the Township’s two established box stores, Menards and Lowe’s, will not be affected by the latest state Supreme Court ruling. 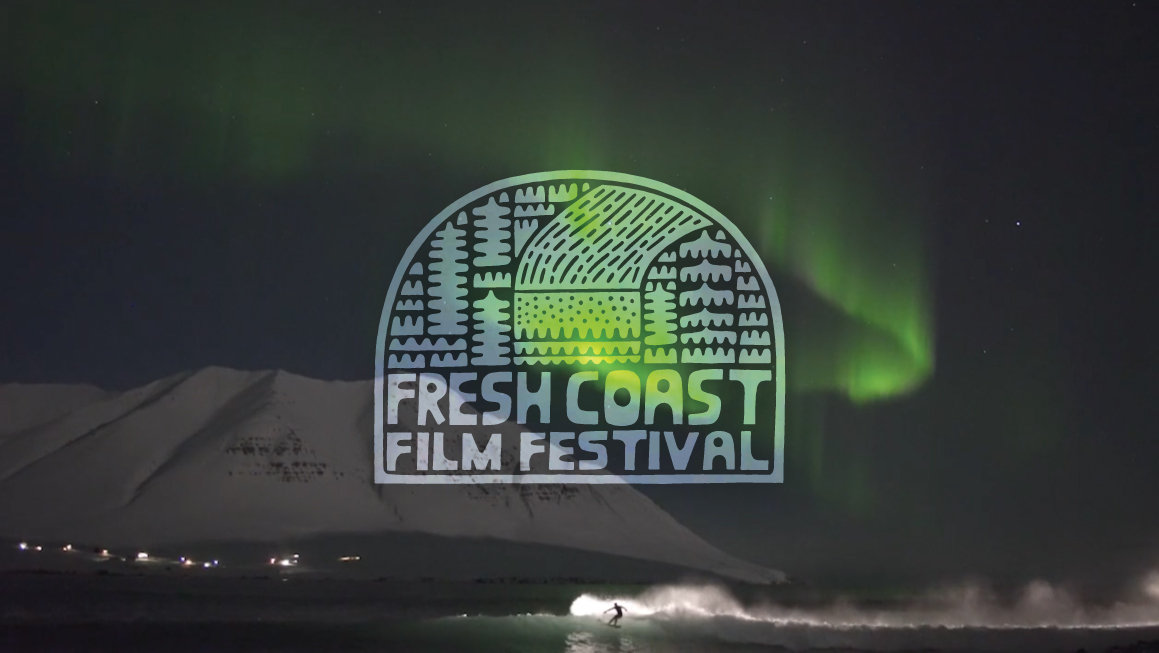 IT WAS QUITE a weekend in Marquette. Hotels were virtually sold-out in late October. That’s unusual.

Two reasons: It was NMU’s Wildcat Weekend, and we had the second annual Fresh Coast Film Festival. The streets, stores, restaurants and bars were busy.

The film festival went well, according to founder Aaron Peterson. Ticket sales were up by about 33% over last year.

“The one thing we’ve got to do, though,” he adds,  “is take better care of our volunteers (150 of them). A lot of them worked long shifts. It wasn’t fair to them. We’ll fix that for next year.”

One fix he’s considering is having businesses assume responsibility for individual venues. That would allow employees of a business to volunteer with their friends at the same site. Might make  it a little more fun. 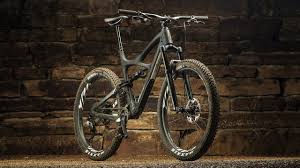 Articles, photographs, and videos from the trails and towns of Marquette County.

You can read a little preview article from Bike Magazine, posted during their stay here, featuring Tommy Wahlstrom, the chef and co-owner of Elizabeth’s Chophouse commenting on the bike scene here.

“It’s incredible,” Wahlstrom says in the article. “I live past the trailhead so I see it every day–the number of cars and enthusiasm for it. All year round, it doesn’t ever stop.” 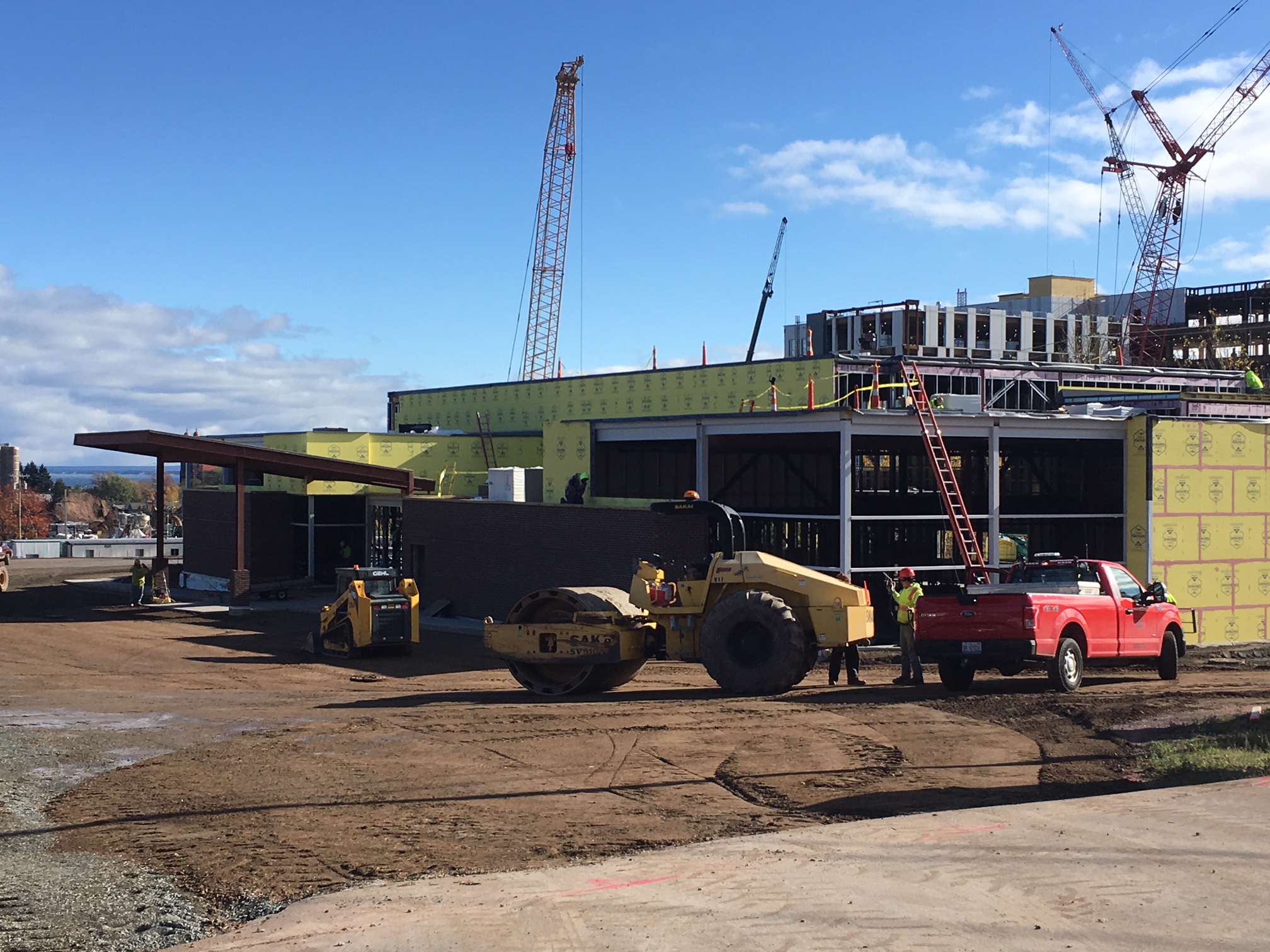 It’s a collaboration of a few organizations including UP Rehab Services, UP Health System, and Advanced Center for Orthopedic and Plastic Surgery.

It won’t be some little hole-in-the-wall clinic. More like a $3.6 million investment with 25,000 square feet of space.

Yes, there will access to the hospital from there, according to hospital spokesman Victor Harrington, but it’ll be intended primarily for service vehicles.

Primary access to the hospital will come from the highway and Baraga Street. 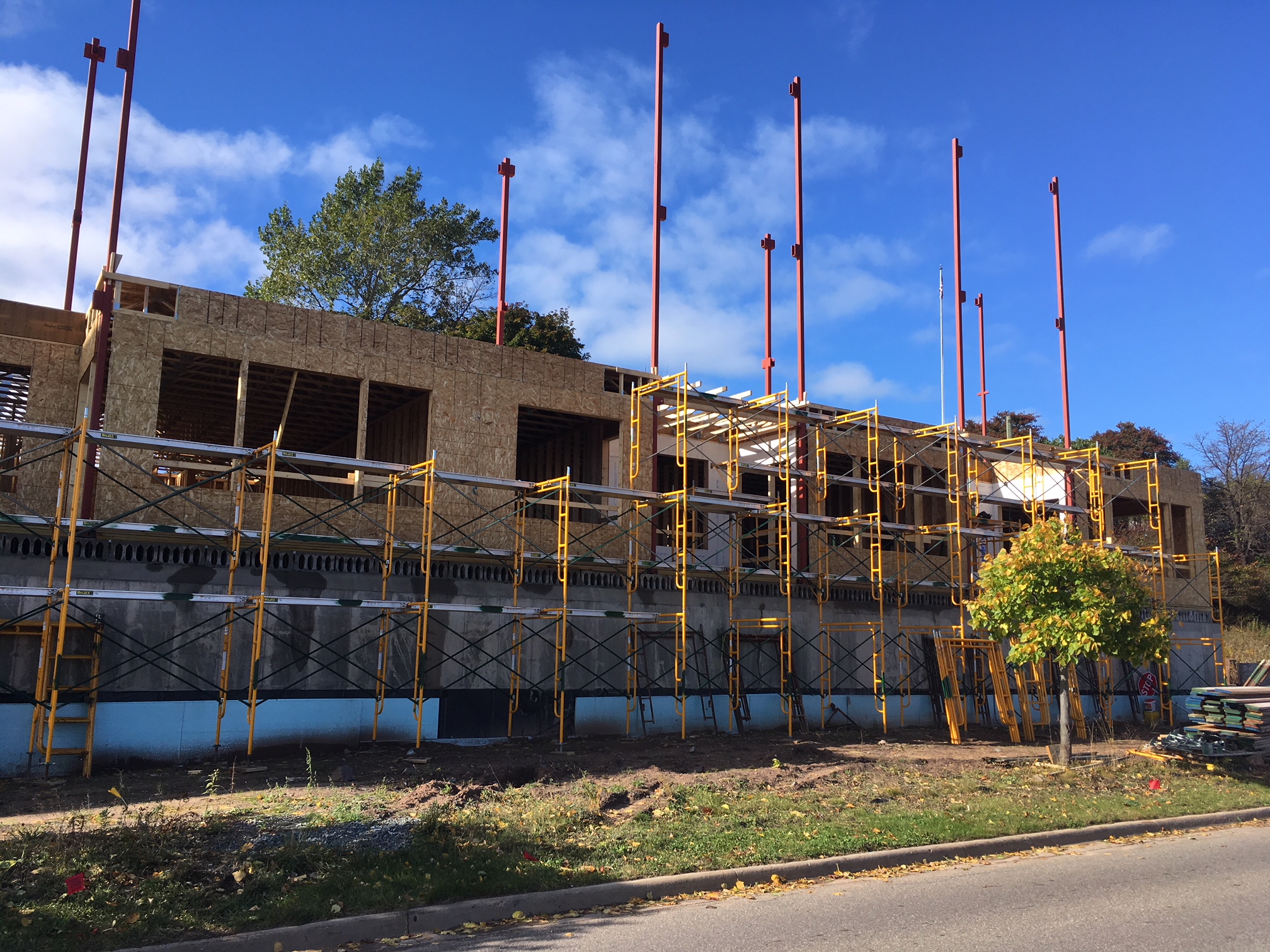 THE FINAL PHASE of the Founders Landing condos has begun.

It’s known as the Adams Building. The nine units will sit atop a parking garage that’s already been built at ground level.

All told, the development, which began construction back in 2009, will consist of six buildings with 42 condos.

Notice the year it started: 2009. A bad year for investors. The start of the recession. An inauspicious start for the five local investors who started the complex. But it worked out.

Not everybody’s been thrilled with the development–too much shoreline development, they say, the buildings are too high, they block the view of the lake.

But the property was available, and the market was there. Eventually.

Occupancy of the last units is scheduled for June 30th. Four of the nine units have already been pre-sold. 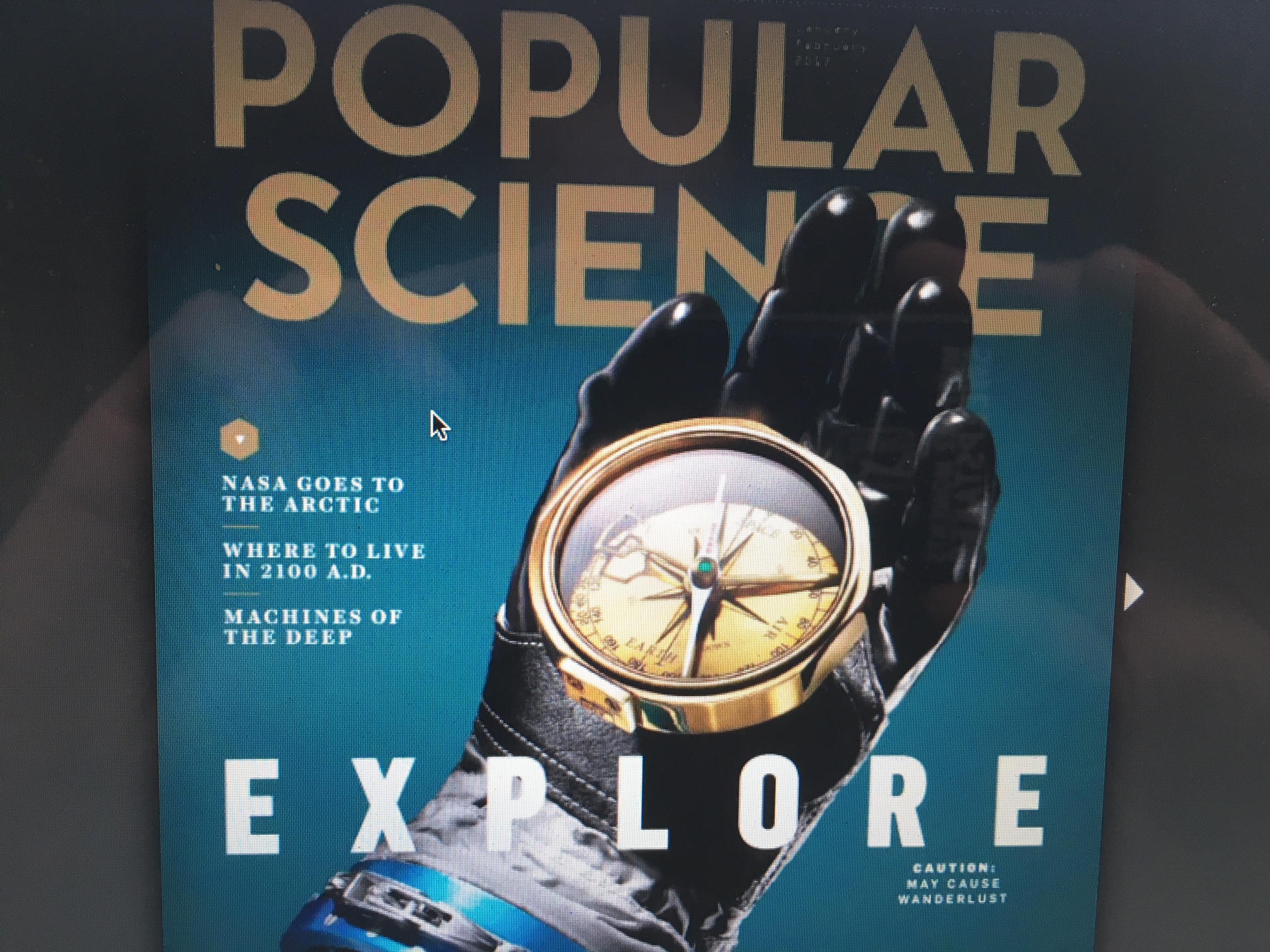 That’s the title of an article and video posted by Popular Science magazine earlier this year, but if you missed it, it’s worth a look.

In a nutshell, here’s what it says: By 2100, much of the United States will be under water because of the rising oceans, much of it will be battered by increasingly intense hurricanes and tornadoes. And then there’s the states with worsening droughts and forest fires. And still others that will be infested by mosquitoes and plagued by diseases.

So what’s left? How about North Dakota, northern Minnesota, Michigan, and the western part of New England.

The conclusion of the entertaining little video: “Looks like we’re all moving to Michigan!”

Nothing to worry about here except for 70 mph winds and 30 foot waves.