Money for the Social Good • Money for a Contest Winner

It seems the only thing unaffected by the pandemic is the government’s ability to print money.  Expanded unemployment benefits, $1200 checks to just about everybody, and a full Excel document’s worth of government gift and grant programs have kept the printing presses humming.  The national debt?  As long as some of those fresh Benjamins are coming our way, we’ll worry about that later.

And yes, they are coming our way, in the form of the federal government’s American Rescue Plan Act (ARPA).  For those of you unfamiliar with hip-hop lingo, “Benjamins” means money, and for Marquette County we’re talking close to 13 million dollars’ worth.

Not unlike Monopoly’s Bank Error in Your Favor, or being remembered in a distant relative’s will, this is free money… a li’l somethin’ somethin’ to help us recover from the pandemic.

The only problem with an eight-figure handout is… how do we spend it?  Fortunately, or unfortunately, there are strings attached.  So, we can’t blow it all on candy and baseball cards.

The details of most government programs are usually more complicated than the NFL’s QB rating system, but suffice it to say, we have to spend it responsibly. Final decisions will be made by our Marquette County Commissioners.

The process is already underway, with a little over 8 million bucks conditionally earmarked for various county-owned infrastructure projects.  The money is intended to replace lost revenue as a result of the pandemic, so projects that were put on hold, like building repairs and IT updates, can be put back on the calendar.  Requests have been submitted to the Board of Commissioners from a number of county agencies and programs, each angling to get a piece of the action.

One proposal that caught the eye of Word on the Street comes from the Marquette County Initiative for Social Good.  Never heard of it?  It’s a coalition of three county programs:  The Janzen House, Great Lakes Recovery Centers, and Room at the Inn.

According to GLRC Executive Director Greg Toutant, the Social Good project is based on the concept that “we go further when we go together.”  The three non-profits organized last fall and their request of funds from the ARPA is one of their first collaborative efforts. 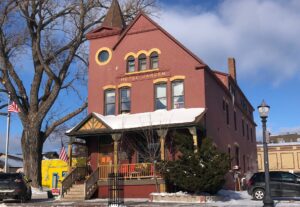 The Janzen rents rooms and provides board for 26 guests at a nominal rate. It also has 5 beds in an emergency shelter that are occupied on a night-by-night basis.  Residents are also provided with access to resources that help them identify employment and permanent housing.

Great Lakes Recovery has big plans in the works highlighted by a relocation of their main facility on Wright Street to the building which currently houses the Teal Lake Medical Center in Negaunee.  That building is being donated to GLR by UP Health System – Bell. 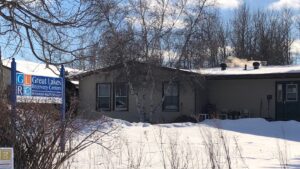 Director Toutant says the move will help enhance the delivery of behavioral health and addiction treatment services for Marquette County and the Upper Peninsula.  “The co-location of our residential treatment and detox programming, aligned with our addiction-based medical clinic, outpatient services, access center, and related programming will allow us to provide more comprehensive and integrated care.  Bringing our different services together under one roof will help with the comprehensive care needed for our clients.”

Room at the Inn

And finally, there’s Room at the Inn, one of Marquette’s most ambitious efforts to deal with our homeless population.  Begun in 2004 with a consortium of area churches providing emergency shelter during the cold winter months, RATI has since evolved into a full-time program, anchored by their Warming Center at 447 West Washington.

Though they’ve experienced substantial community support for their work with the homeless, the warming center has not always been warmly accepted by all.  The presence of the center in our trendy downtown, with its perceived public inconveniences, has led some residents to question the propriety of its location.

Though neighboring business owners may be reluctant to offer uncomplimentary opinions about the shelter and the image it lends to the block, it’s fair to assume that some would likely prefer it was located elsewhere.  And many in the general citizenry might agree. 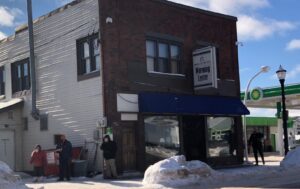 That’s where the Initiative for Social Good and the ARPA funds come in.  Part of the plan that includes improvements to the Janzen House and the move of the GLRC up the road, includes the relocation of the Warming Center to the current GLRC facility on Wright Street.

Nick Emmendorfer, the executive director of RATI, says the move is part of the center’s overall plans.  “The current capacity for 30 individuals is not quite enough. We would also like to see shelter services for families and youth one day in Marquette. The most important thing to remember here is that shelters are not the answer to homelessness, and the ultimate goal should always remain affordable, accessible, and safe housing.”

So, under the Initiative’s umbrella, a plan has been crafted with a budget of just over $6,000,000 that would cover the costs of upgrades to all three partner operations.  The county commission has tentatively approved $200,000 of the ARPA funds to go to that effort.  That’s a far cry from six big ones, but the Initiative plans on reaching that number by requesting money from the state’s pool of ARPA funds, as well as other sources, and some local fundraising.

It’s been said… “How a society treats its most vulnerable is always the measure of its humanity.”  The Marquette County Initiative for Social Good is taking the lead in the effort to live up to that meaningful calling.

The remaining ARPA dollars are still up for grabs and the county commission is open to proposals.  According to county Executive Director Scott Erbisch, there will be a chance for public input sometime in the near future.

For the fun of it…

As their new entry into the downtown scene nears completion, the folks at the Honorable Distillery want to get you warmed up with a “Name the Still” contest.  It’s just for the fun of it, and maybe a nice prize package.

The winner will get $500 cash, an invitation to christen the still, and a free night in their upstairs tasting room.  To find out more visit thehonorabledistillery.com for contest details. 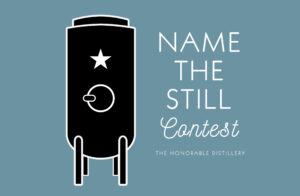 Here’s our entry… the Nordic Still.  It’s an homage to the former theater that used to occupy the space.  You can use it if you want.  If you win, you’ll have to split the prize with Word on the Street. Now that WILL be fun!