NMU CAN’T SEEM to stay out of the news.

The latest? The firing of Cheryl Reed as faculty advisor to the North Wind, the student newspaper that’s been causing a stir on campus this year. Reed keeps her job as assistant professor but the North Wind’s Board of Directors–consisting of students, an administrator, faculty member and an outside journalist–ousted her as faculty advisor.

The Board voted 5-3-1 against Reed, with Reed herself abstaining.

The Board also rejected Michael Williams, the current managing editor, as next year’s editor in chief. Williams was the only candidate for the job. 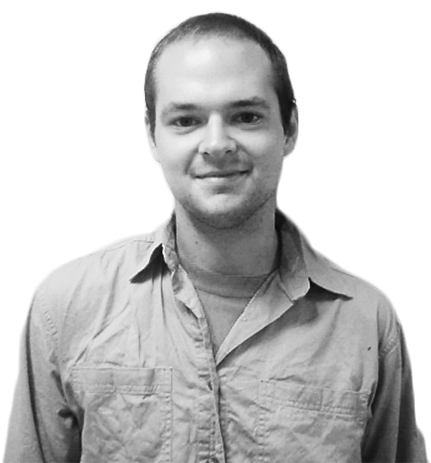 Nobody’s saying much publicly about the reasons for the rejection of Reed and Williams–it’s a “personnel matter”–but   it’s clear the Board, as well as the entire NMU administration, were increasingly uncomfortable with the aggressive, sometimes belligerent stance the newspaper has taken toward the administration.

The North Wind has also been accused of engaging in “sensationalism.”

The North Wind has filed FOIA requests for documents on the university’s contracts with Starbucks and Lenovo, for emails on alleged intimidation by administrators, and most recently for expenses of NMU Board members.

Well, it’s likely going to get worse if Reed takes this to court charging NMU with trying to suppress the First Amendment rights of the newspaper and its journalists.

That’s not a position where an institution of higher learning likes to be. It’ll keep NMU in the news for a while longer. 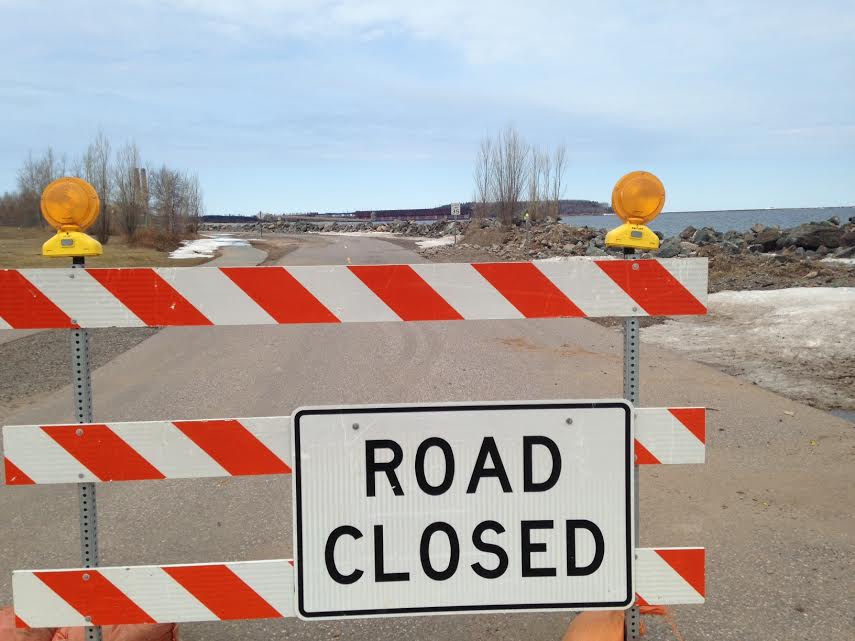 MARQUETTE’S LOOKING FOR some federal or state help to come up with a permanent fix to the yearly washing-out of Lakeshore Boulevard on the stretch between Wright Street and Hawley Street.

It happens almost every winter. The lake washes over the rock wall onto the road and ruins it. Has to repaved.

The solution would be to move the road 100 feet inland but the cost? $10 million dollars.

The city can’t afford it. That’s why the call is out–to the EPA, The Army Corps, FEMA, the DNR, The DEQ–to step in and help. Sate and federal legislators are trying to move things along.

The city’s hoping for an answer later this spring. 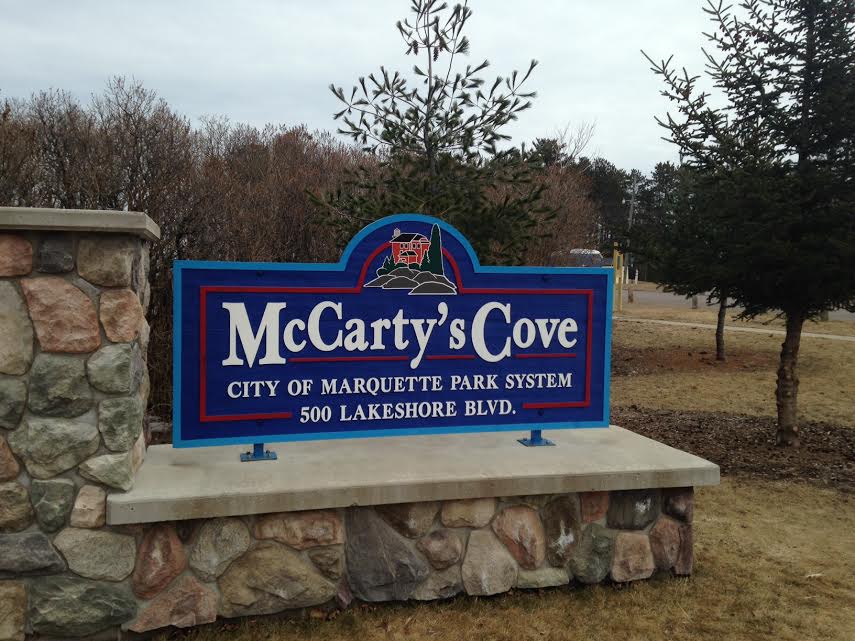 THE SPRING CONSTRUCTION season is about to get underway.

Crews will also be breaking ground on the new Cinder Pond building. The old one cracked two winters ago and had to be razed.

And work will start on the Clark Lambros Beach Park adjacent to the Dead River on the Lake Superior shoreline. The park will include a bathhouse, a pavilion, a picnic area, a kayak launch area and a parking lot.

Yep, summer’s right around the corner. 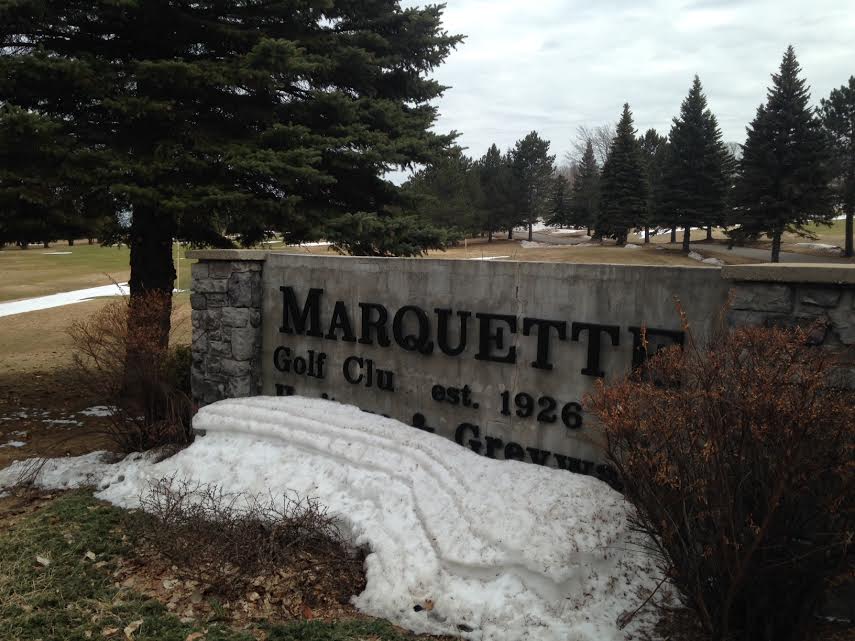 TIME TO PULL  your golf clubs out of the basement.

Officials at the Marquette Golf Club say they hope to open the Heritage Course sometime between April 15th and 20th. The weather’s expected to warm up later in the week.

What they’ve seen of the course so far as the snow and ice have melted has been promising. No major damage.

Average opening date for Heritage over the years, by the way, has been April 15th, so we’re right on schedule.

As for the Grey Walls course, don’t expect to be playing there until early May. 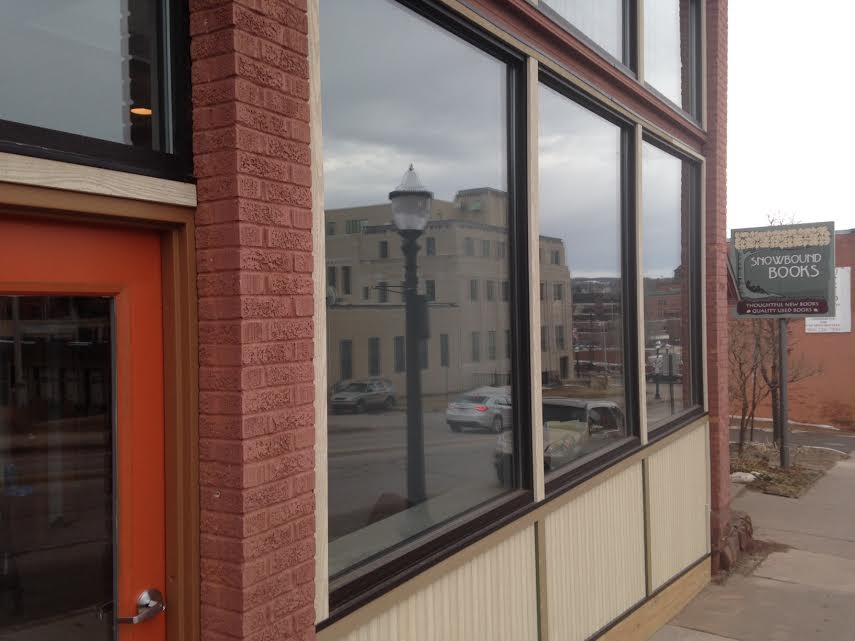 MARQUETTE’S GETTING A new video production house, and the owners might surprise you.

Tom Swick, who sold his plumbing and heating business earlier this year, and his former GM at Swick, Nancy O’Hare, are undertaking a new business venture–Swick Media Services. They’re in the building that’s recently been renovated next to Snowbound Books.

The other part of the renovated building will house a federal probation office.

But back to Swick. They’d been producing their own commercials for the last three  years and had received a lot of praise for them. The commercials had a nice feel, a nice look.

Got Swick and O’Hare to thinking: maybe they could produce commercials for other heating and plumbing companies across the nation.

Sure enough, they’ve now got 25 clients and are hoping to expand, producing commercials for all types of businesses.

It’s another example of a Marquette business looking for clients beyond the boundaries of the Upper Peninsula.