NMU’s Hopes Are Rising, So Are Negaunee’s, But Munising’s Bagels Are Not

That’s the feeling at Northern Michigan University after nearly 8000 students, faculty, and staff have been tested for COVID. The latest figures show that only 36 people tested positive, less than a half of a percent. That’s remarkably low when you consider the UP is testing at just under 1.5%–a good number–and Michigan statewide is just over 2%.

Wisconsin, on the other hand, has a positive rate of 8%, and the US nationwide is at about 6%.

“Not just surprising,” says NMU’s chief marketing officer Derek Hall, “but we’re very pleased. With something like this, you just don’t know until you get the tests back.”

Speaking of which, NMU was less than thrilled with the delay in getting test results back from their lab in Chicago. The university was promised a 1-2 day turnaround; it turned out to be more like 4-5 days.

The 36 who’ve tested positive have been sent to Spalding Hall where they’ll be isolated from the rest of the students until they come back negative. And a similar number who’d had contact with the “positive” students are also being quarantined in Spalding until tests show that they are negative.

Not a great way to start the fall semester but they’re handling it well, says Hall. NMU president Fritz Erickson talked to them by Zoom recently.

Overall enrollment numbers aren’t in yet, but it looks as though it’ll be down something in the neighborhood of 2-3%, which would be better than expected, given that many students nationwide are reconsidering attending college because of the COVID crisis.

NMU has no plans to repeat the mass testing of its students and employees, but instead will be regularly testing a few hundred students and staff throughout the semester to gauge whether the numbers are rising or falling. And of course, any student reporting symptoms will be urged to check in at the Health Center and test immediately for COVID.

Hall says students so far have been conscientious and respectful. They wear masks inside classes and buildings, they’re allowed to take them off outside while trying to maintain social distancing.

Parties? Large gatherings? Nope. A couple of weekends ago, NMU president Erickson toured the campus neighborhood with the campus police chief, searching for large groups of students, and found only one. They talked to the students who then dispersed respectfully.

Can the low numbers and conscientious behavior continue through an entire semester? The students, their parents, NMU, and the entire UP certainly hope so. 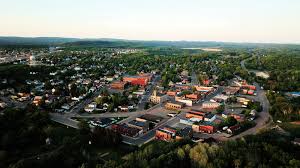 That’s the hope of Mona Lang, the retired executive director of Marquette’s Downtown Development Authority. Lang stayed retired for several months before she decided to get back into it as a part-time consultant for Negaunee on a one year contract.

“There’s a lot of interest here in economic development and revitalizing the city,” says Lang. “There’s some great architecture here, and some of the buildings are getting fixed up. It’s contagious. Once one building is renovated, then other owners want to fix theirs.”

The key is getting grants and attracting private investors. Lang has valuable experience with both.

Two other positives for Negaunee–the recent re-establishment of Negaunee’s once dormant DDA, and the leadership of an energetic and ambitious city manager in Nate Heffron. 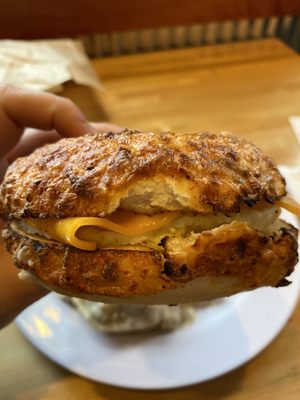 No more bagel breakfasts and lunches

DEPRESSING NEWS OUT of Munising.

The Bay Furnace Bagel Company, a favorite of both locals and tourists, has closed down for the season. Their bagel oven died and is apparently beyond repair. It needs to be replaced. Bagel ovens are expensive.

It’s especially depressing because breakfast options are severely limited in Munising, and Bay Furnace was highly rated–4.6 on Google and 4.5 on Yelp.

So what happens next? Will they buy a new oven and re-open next season? You gotta wonder because COVID has not been kind to restaurants this year.

We’ve tried to contact the owner. No response yet.

Meantime, enjoy the rest of the summer in Munising…without bagels.