Looking for some good news during the pandemic?  Well you’re not going to find it here.  Because it’s not just your favorite restaurant or retail shop that’s struggling to provide goods and services… it’s almost every area nonprofit as well.

For many nonprofits the pandemic has turned out to be a double-edged sword.  The economic downturn has affected fundraising and total revenue while the need for nonprofit programs, because of the pandemic, has only increased.  A perfect Catch-22.

Grow & Lead: Community and Youth Development is a local agency that works with U.P. nonprofits.  CEO Amy Quinn has a birds-eye view of the challenges facing nonprofits during the pandemic.

“In addition to social distancing and revenue losses, nonprofits are affected emotionally and/or mentally because they know how much their services are needed,” says Quinn. 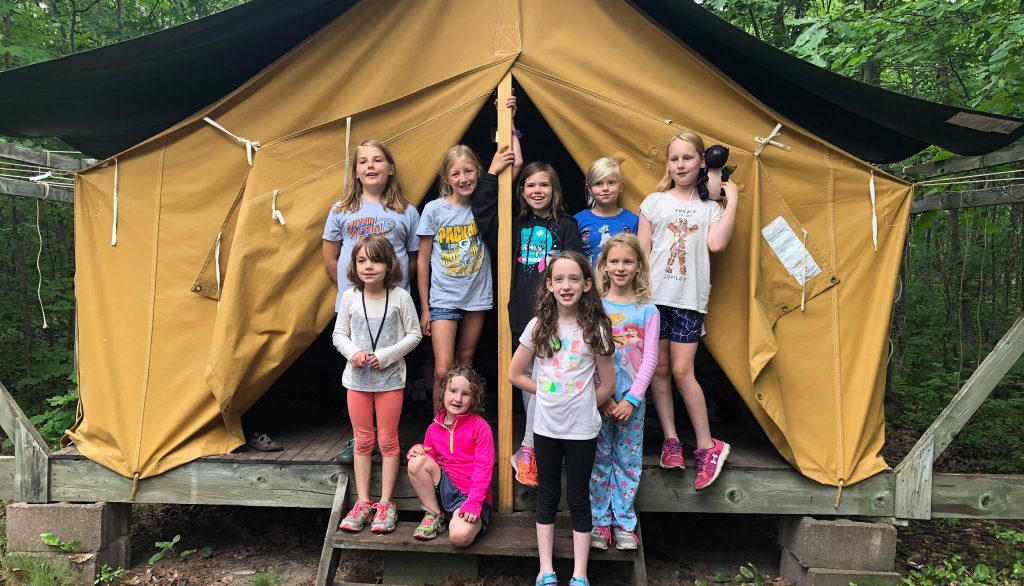 A survey of area nonprofits taken in mid-July by GLCYD confirmed what many already suspected.  Nonprofits are suffering.

Nearly 60% of those responding reported an increase in demand for services, while almost 70% have suspended at least some of those services.  Something has to give.

Andrew Rickauer, Executive Director of the United Way of Marquette County, has noted how agencies have responded to the loss of revenue.  “Most of the adjustments that I have seen have been in the form of reworking the programs resulting in fewer contacts, fewer meals, and fewer resources delivered.”

“Many of our local nonprofits depend on special fundraising events for their operating revenue to cover overhead costs,” says Quinn.  And as we know, most of those events have been cancelled. 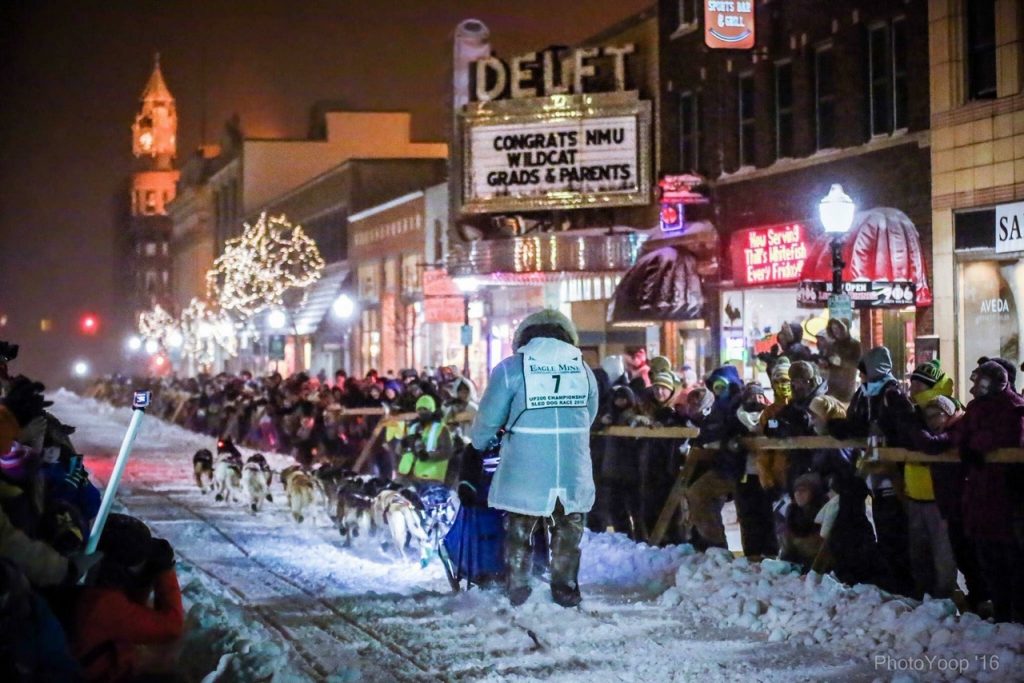 Rickauer sounds a positive note.  “Marquette County is a strong community and the nonprofits have done a great job in adjusting and doing the most they can to keep the community strong.”

The bottom line?  As noted earlier, something has to give.  Or somebody.  So seek out your favorite non-profit and write a check.

Add another seasonal tradition to the list of covid cancellations.  Big Bon’s, the popular gentlemen’s club in downtown McFarland, will not be open for this year’s hunting season.

Closed since March due to the pandemic, the owner, who prefers to avoid the public discourse, has no plans to reopen until it’s safe… if ever.

The locals, who may or may not be regular patrons, probably have mixed feelings. But the fellas who count on something to look at other than their unshowered, unshaven beer camp buddies will surely be disappointed. 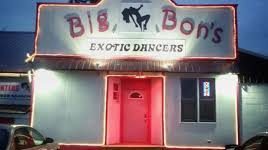 And like all pandemic closures, this puts people out of work.

According to the owner, the dancers are young women who are supporting families, and who might otherwise be on welfare.

Big Bon’s, founded by Bonnie Storti, is the area’s only gentleme…. okay, strip club.  Storti passed away in 2011, but her legacy, that of providing a safe place for area dancers to make a living, is what keeps Big Bon’s going.

Like every other covid casualty, we’ll have to wait and see if Big Bon’s can make it through these lean times.  Will they reopen or not?  You’ll just have to keep your shirt on.

The expansive site in Marquette Township, seen below, is being prepped for a new facility to house the U.S. Fish and Wildlife Service – Marquette Biological Station.

If you’re unfamiliar with the work of this agency, it’s not surprising.  It’s an under-the-radar operation with a big job, as evidenced by a staff of more than 100 people and a coverage area that includes eight mid-western states.

Their primary mission is to control the sea lamprey population in the Great Lakes.

If you spend much time on the water and you haven’t seen many sea lamprey lately, now you know who to thank.

The Great Lakes Fishery Commission oversees the program designed to protect a number of our favorite fish species.

It’s an expensive proposition, with a $20 million budget.  But that’s a drop in the bait bucket compared to an industry worth up to $7 billion annually.

Sea lamprey have not been eliminated, but their population is about 10% of what it was at its peak.  Left unchecked, these grotesque parasites can deplete an entire species, and then move on to another.

Not unlike the zebra mussel in their invasive tendencies and destructive nature, sea lamprey entered the Great Lakes through manmade locks and shipping canals.  Control and eradication requires a number of strategies, as well as the ability to adapt those strategies, midstream. 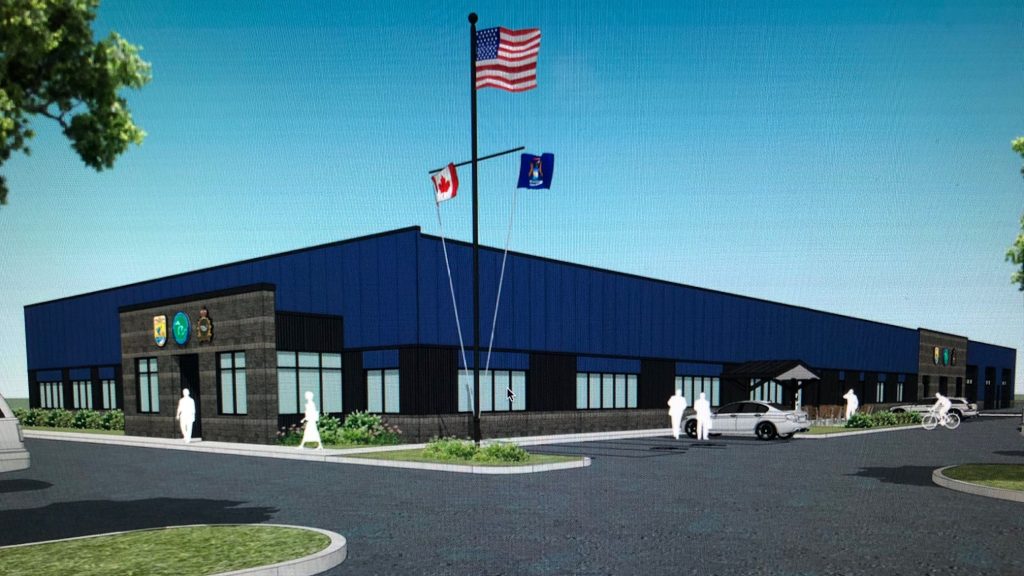 All this for lamprey control?  Not hardly.  The Great Lakes are susceptible to all kinds of biological and environmental threats, and the U.S. Fish and Wildlife Service is an important line of defense against all of it.  The new facility will be bigger, better, and more efficient than their current home on Wright Street.

It’s tentatively scheduled to open in November of 2021.  You can follow the progress of construction at its site in the burgeoning Cornerstone Business Park.

More growth in Marquette Township… sure to be continued.