NOBODY’S GOING TO argue with us if we tell you that Northern Michigan University is nowhere near an Ivy League college, nor is it one of the nation’s eminent public educational institutions.

Yes, you can get a great education there with some wonderful professors, it’s located in a beautiful Upper Peninsula setting, its academic standards are increasing, and its enrollment numbers have been climbing, but it is NMU. A middling state university.

But here’s what’s important. NMU is doing things that many other universities aren’t doing. It’s taking chances. It’s starting programs that have garnered news coverage from around the nation.

“One of the things I’ve learned over the last few years is that people are reluctant to bring up really great ideas because there’s no money for it,” says Fritz Erickson, NMU’s president for the last five and a half years. “We wanted to set up a culture for encouraging those ideas. So we decided to put a million dollars on the table and see what ideas our faculty and others could come up with.” 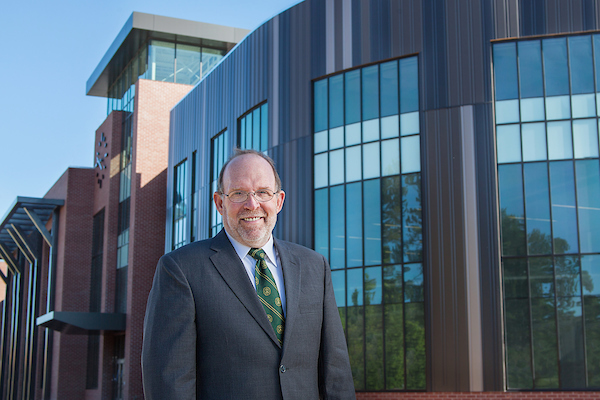 The Program Investment Fund (PIF) was announced in January 2016–$1 million dollars in university reserves offered up for good and daring new ideas.

The one we’ve heard most about is the Medicinal Plant Chemistry Program designed to educate students in the burgeoning industry of marijuana, along with other plants.

“I thought it would be a nice little boutique program with 20 or 25 students,” says Erickson. “Boy, was I wrong.” 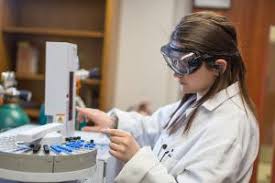 The program has millions of dollars of new cutting edge equipment, lucrative corporate partnerships, and huge employment opportunities for its graduates.

Another PIF initiative was the Forensic Research Outdoor Station (aka “The Body Farm”). This was a proposal pushed by Provost Kerri Schuiling who pointed out that only seven sites in the U.S. studied body decomposition, and none of them were located in a cold climate. Marquette would be perfect.

And it is. NMU is now operating the program on a two acre site near the prison. Criminal justice students use it in their studies. Law enforcement officials also utilize it. It’s a one-of-a-kind facility.

Yet another PIF program deals with Autism. It operates out of the Behavioral Education Assessment Research (BEAR) center on campus.

It serves two important purposes: 1)  It gives the 95 students in Behavioral Analysis first hand, invaluable experience in treating  autism patients, and 2) It provides a vitally needed service for autism patients from around the UP–a service they would otherwise not have.

Other initiatives started by NMU? The start-up of the Cybersecurity Institute just a few months ago. It could be a major game-changer. 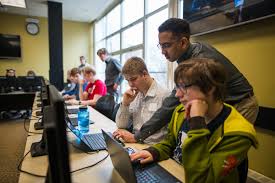 “We see it as an opportunity to bring students here,” says Erickson. “And it also presents a great opportunity of promoting economic growth in Marquette County and also for the entire Upper Peninsula.”

The Institute is focusing not on just NMU students but on high school, middle school, and elementary school students across the UP, as well. For them as individuals safeguarding their security, it’s growing increasingly important, but as we’ve seen in recent years–with hackers threatening and bribing cities, businesses, and governmental agencies–it’s vital for the nation that our colleges turn out thousands of cyber security experts every year.

NMU is now making a push to do just that.

Another major success is the Invent@NMU program which recently merged with the SmartZone. The joint program encourages aspiring inventors and entrepreneurs to bring in their business ideas, and let the Invent staff (mostly students) determine, through research, whether the ideas have serious financial potential. It’s another program serving both the community and the students. 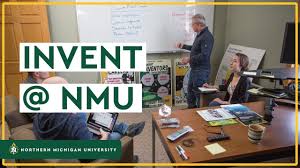 Invent@NMU has merged with Marquette’s SmartZone.

“The real value in it for me is the education it’s providing for the students,” says Erickson. “They’re getting a world class experience. The job offers that are coming in to those graduates are stunning. And we’re talking about multiple offers.”

One of Erickson’s earliest initiatives was the somewhat controversial Public-Private Partnership that pulled in private money to build residence halls on campus. The result? A complex of six brand new residence halls with 1200 beds. An $80 million project. The private partner makes money, NMU makes money, and the students get new, modern living quarters. It’s hard to criticize. Other colleges have shown interest in following NMU’s lead.

“When you look at the future of public higher education, those institutions that are going to thrive are going to do two things,” Erickson says. “They are going to invest in innovation, and they’ll have to do it in a fiscally responsible way.”

For colleges and universities, both public and private, a tough road lies ahead. Demographics and rising costs are working against them. Especially in Michigan. There’ll be fewer high school graduates for the next few years, and increasingly, many of the graduates are questioning whether the traditional BA and BS degrees will be worth the cost.

It’s up to the universities to make their case with new and exciting ideas that can provide their students with forward-looking, in-demand careers. NMU, it seems, is making its case very effectively.