Off the Map… Again!

IT HAPPENED AGAIN.  We knew it would.  It was just a matter of time.  Our Upper Peninsula was left off another map… as in, no longer a part of Michigan.  But this was particularly galling because it was a map about the census.  The census!  The thing that actually counts people!  So we don’t even count?

It’s one thing to be left out of conversations due to our remote location and low population.  But too often we’re left off the map entirely.  That’s not being disrespected, or even forgotten.  That’s being ignored! 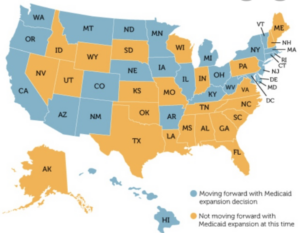 Of course, there are more than a few who would prefer it that way.  The belief is, once people actually see the U.P. on a map and dare to take the road less traveled… then our idyllic lifestyle is in mortal danger.  But if we’re literally not on the map… problem solved.  Nobody can find us.

Saying something is “off the map” usually refers to a place that lacks a certain significance.

The dictionary defines the phrase as “distant, or remote.”  But in the last few years, we’ve redefined the phrase to mean exactly what it says.  We are literally left off the map!

Maybe it was supposed to be a joke

The whole thing came to a head back in 2017 when the ticket buying service TickPick left the Upper Peninsula off their map of the U.S.  The unforgivable offense caused such an uproar that the CEO of TickPick came to Marquette and picked up the tab for a night of brew at Blackrocks. 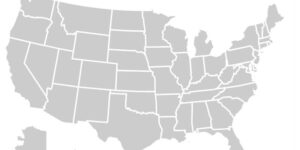 No TickPick for you!

Even though the story was picked up by some major news services, it appears not everybody got the message.  The census map is just one example in a long line of incompetent cartography. 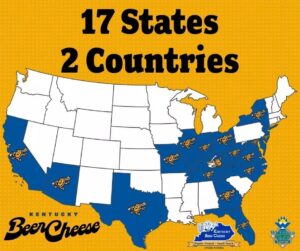 2 Countries? That explains a lot.

None of this would be a problem if we were part of Wisconsin, the way Mother Nature drew it up.  But because of some smoke-filled late night wheeling and dealing, Ohio got Toledo and Michigan got us.  Or something like that. 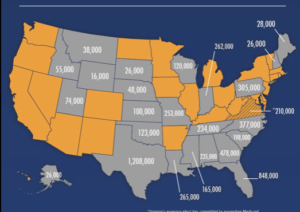 Do they no longer teach geography?

There’s also a little unspoken intrastate rivalry that often shows up in our multi-peninsula visuals.  It’s common to see OUR peninsula standing alone, but by gosh you better not show just the lower peninsula and call it Michigan.

Also helping to maintain the confusion… incredibly enough, we’re not northern Michigan.  That’s south of us.  No wonder mapmakers leave a little on the floor.  All they know is… Michigan’s shaped like a mitten.  Got it!

And it should be noted that this seeming ambivalence towards the U.P. is pretty good fodder for the 51st State crowd. If we had a star on that flag, we’d be on that map. 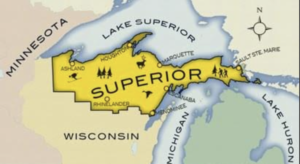 They wouldn’t forget the State of Superior

The only thing we know for sure is that it’s going to happen again.  We’re going to be left off another map, and there’s probably not going to be any free beer.

So if you seek a pleasant peninsula, you better look about you, because you sure can’t count on the map.