CLEARLY NOT EVERYBODY’S thrilled with Marquette’s changing skyline on the lakeshore–and One Marquette Place is tall–but you gotta admit it’s not a bad-looking building.

Kinda handsome, in fact. Not all flat and boxy and unimaginative.

While the exterior continues to take shape, architect and co-developer Barry Polzin reports that the first floor units are now completed. Move-in won’t occur until November.

The entire building, with the exception of the first floor cafe, should be finished by the end of the year.

Forty percent of the 68 units are taken, according to Polzin. Another 170 people have expressed interest in renting the other apartments.

And the cafe? It’s not scheduled to open until next spring. An as yet unidentified “local restaurateur” will be running the cafe. 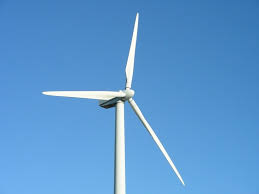 The Planning Commission there is holding a public hearing as it takes another possible step toward approving the installation of 49 wind turbines in the Township. Renewable Energy Solutions, out of the UK, has made the proposal.

Friends of the Huron Mountains vehemently opposes the turbines and has filed for an injunction against RES. They believe the 49 turbines would likely just be the start of a much more extensive wind project.

RES and its supporters, for their part, say the turbines represent a much needed boost for the township’s economy.

Regardless of what the Planning Commission and the Township Board decide, the Friends group will likely push for a referendum on the project. Let the voters decide what they want. Makes sense. 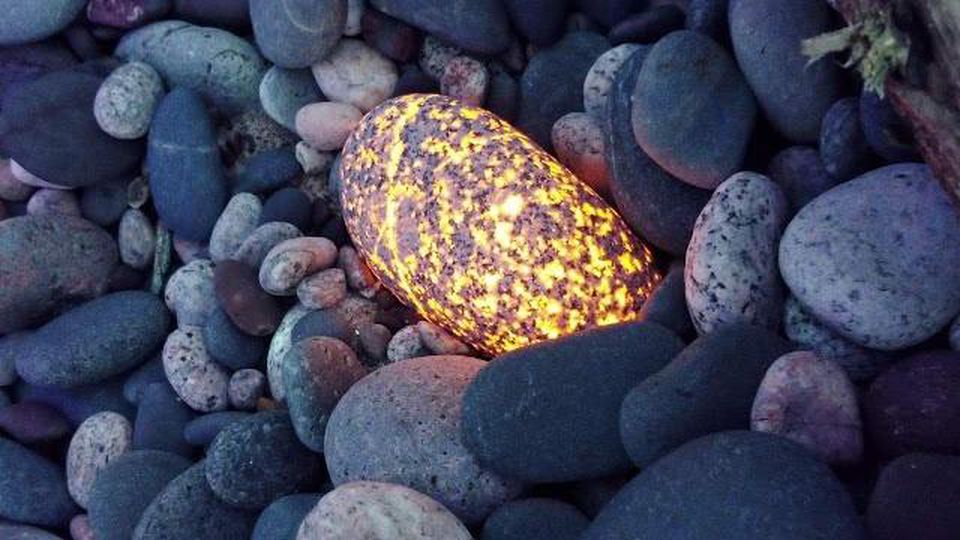 That’s what they’re calling those glowing rocks in Lake Superior. They’re the subject of an article in forbes.com.

Erik Rintamaki, a gem and mineral dealer, made the discovery when he shined a black light on them. Quite a sight, and they’ve been there all along, just beneath our feet; we just didn’t know it.

They’re a coarse-grained igneous rock, similar to granite, but they contain something called sodalite which allows them to glow under the glare of a black light.

Michigan Tech aided in the research to provide answers on these “yooperlites.” 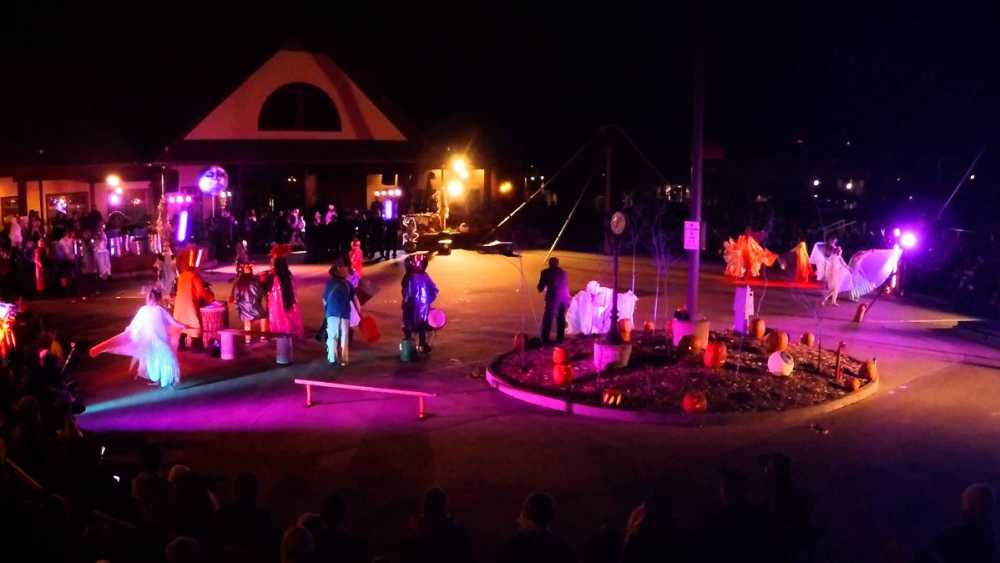 The Spectacle, the artistic Halloween extravaganza that’s thrilled adults and children alike in Marquette for the last six years, isn’t happening this year.

Tiina Harris, the city’s arts and culture manager, says they ran into a few problems–1) no space to prepare props and hold rehearsals because the library’s basement is under construction  2) funding–What else is new?–and  3) burn-out by some of the Spectacle’s dedicated artists, performers, and organizers.

A lotta work, a lot of emotional energy spent, and very little compensation.

Halloween will be less spectacular this year. 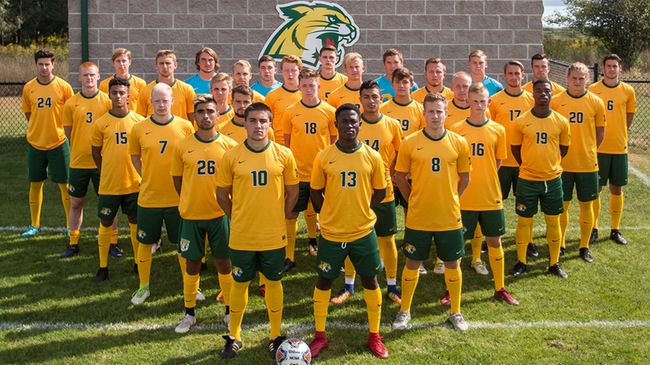 MARQUETTE, THE SOCCER capital of the USA!

Okay, that’s a little bit of hyperbole. Actually a lot.

But consider this: The city’s two youth soccer programs have now merged into Marquette United and are fielding strong, representative boys and girls teams at tournaments throughout Michigan and Wisconsin.

As they play together, they’ll only get better.

And then this: NMU’s men’s soccer team (above) is nationally ranked for the first time in the United Soccer Coaches Poll. They’re currently #22, with a record of 5-1-1.

This weekend they take on Ashland and Saginaw Valley State. 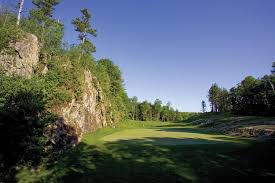 GOLF SEASON IS getting ready to wrap up, but the plaudits continue to pour in for Greywalls.

He had some nice comments about the older, conventional Heritage course, as well, but here’s what he said about the more celebrated course at the Marquette Country Club:

“In a state littered with literally dozens of phenomenal golf courses, Greywalls stands at the top.”

Heise provides a hole-by-hole description of every hole on both Greywalls and Heritage–as well as other courses he’s played across the US and the world. Poor guy. Someone’s gotta do the job, and he got stuck with it. 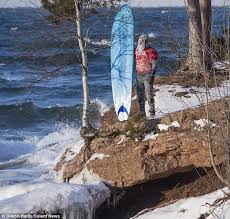 SURFER DAN, AKA “Hardcore Dan,”  is a Marquette original, famous for his ice beard and his surfing exploits on Lake Superior.

Now he’s the subject of a remarkable film, Surfer Dan, put together by Camp4 Collective and funded by Merrell, the footwear company.

The film crew was here last winter for the shoot and although Dan wasn’t thrilled with the waves that day, he concedes the film turned out beautifully.

Even better, “They paid me! They helped me through some hard times. I was having trouble paying my bills.”

Surfer Dan will be shown at the upcoming Fresh Coast Film Festival. It’s gotta be one of the favorites–a love affair between this one-of-a-kind surfer, and the glorious, frigid lake that soothes his soul.