Our Lakeshore Under Assault, and Meijer’s Sneaky but Effective Marketing

THE EVIDENCE COULDN’T be more obvious. Marquette is losing ground to Lake Superior.

You just have to take a walk down to the shoreline on Fair Street and look north on Lakeshore Boulevard. Men and equipment hard at work bolstering the shore with a 1400 foot long wall of boulders. This, after a storm last month attacked the beach, washed away the sand, downed some trees and threatened the road, a concrete bridge and a stormwater outlet.

One hundred fifty thousand dollars to install the boulders–it’ll take a month to complete the job. And then we”ll see if late fall and winter storms bring any more assaults to our beaches.

But this is just the latest example of our receding shoreline.

What’s behind all this erosion?

As for the washouts along Lakeshore Boulevard, city manager Mike Angeli says there’s an additional mitigating factor. “The Army Corps of Engineers back in the ’70s extended the Presque Isle break wall and that seemed to change the wave action along the lakeshore,” he says, “all the way down to McCarty’s Cove.”

So, what about remedies? Regis says he knows of three that have been tried.

2) Armoring the shores with boulder walls, which we’re doing. It’s a longer term fix, he says, but wave action scours the lake bottom around the boulders, causing the walls to eventually fall apart.

3) Building “groins,” which are smaller break walls of rock or concrete that can catch sand and help build up the beach again.

We can also hope and pray that the storms relent and the lake level drops. 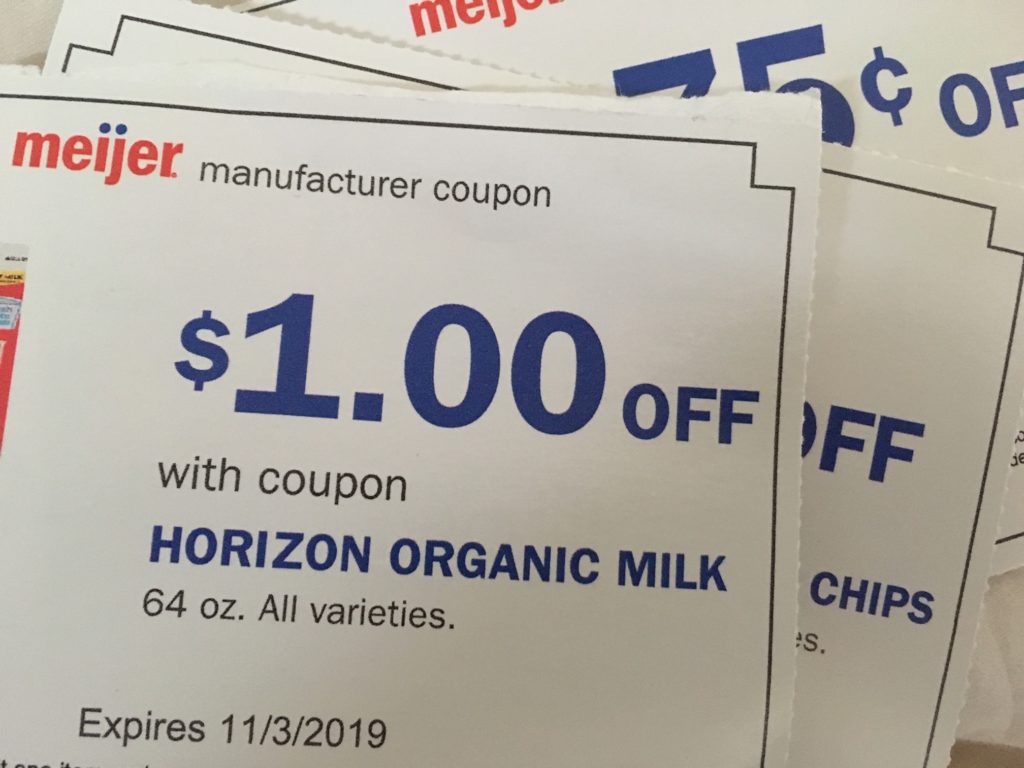 Meijer lures you back

A month ago, a Marquette shopper, very loyal to his longtime local grocery stores, reluctantly ventures into the mammoth Meijer store and buys a few items that seem to be good deals–48 ounce Pom juice, a Kashi cereal, a box of organic mushrooms, a large package of chicken breasts, a jumbo pack of Banderita Tortillas, Horizon organic milk, and a few other items.

A month passes and a slick little letter full of coupons from Meijer arrives in the mail. Shopper figures it’s the normal grocery coupons that you get in the mail or in the weekend newspaper supplements. Coupons for stuff he doesn’t want, coupons he normally tosses in the trash.

But then he takes a longer look at the individual coupons. Well, gosh, there’s one for Banderita tortillas…and another for mushrooms…and another for chicken breasts…and Horizon milk…and Pom! And Kashi!

Fifty cents off! A dollar twenty-five off! Seventy five cents off! Holy cow, that starts to add up, and it’s stuff that he actually wants!

Brilliant, but…scary. Seems like someone’s in a backroom at Meijer somewhere squinting at purchases that the shopper recently made, then connecting them with his name and address from a credit card, then assembling a tailor-made collection of coupons, and then sending the little gift bag off to the shopper’s address.

And a few other items along the way.

One hundred and fifty dollars later, with six stuffed bags in his shopping cart, he leaves the store. Waiting for the next batch of coupons to arrive.