THINGS ARE ABOUT to get a little sweeter on West Washington Street.

Gophers, the pastry shop on Third Street, is going to relocate to the building vacated by Bella Beads a few months back. The move will take place before October 1st.

Two reasons for the move according to the owners: Gophers’ current building is being converted to office space, and West Washington will offer a lot more foot traffic which is vitally important for a pastry shop.

The specialties? Cakes, pies, cupcakes, and pastries of all sorts that owners Gemma Martello and her husband Eric Broderson have concocted.

It’ll be open six days a week. Plenty of time for you to stop in and satisfy your sweet tooth. 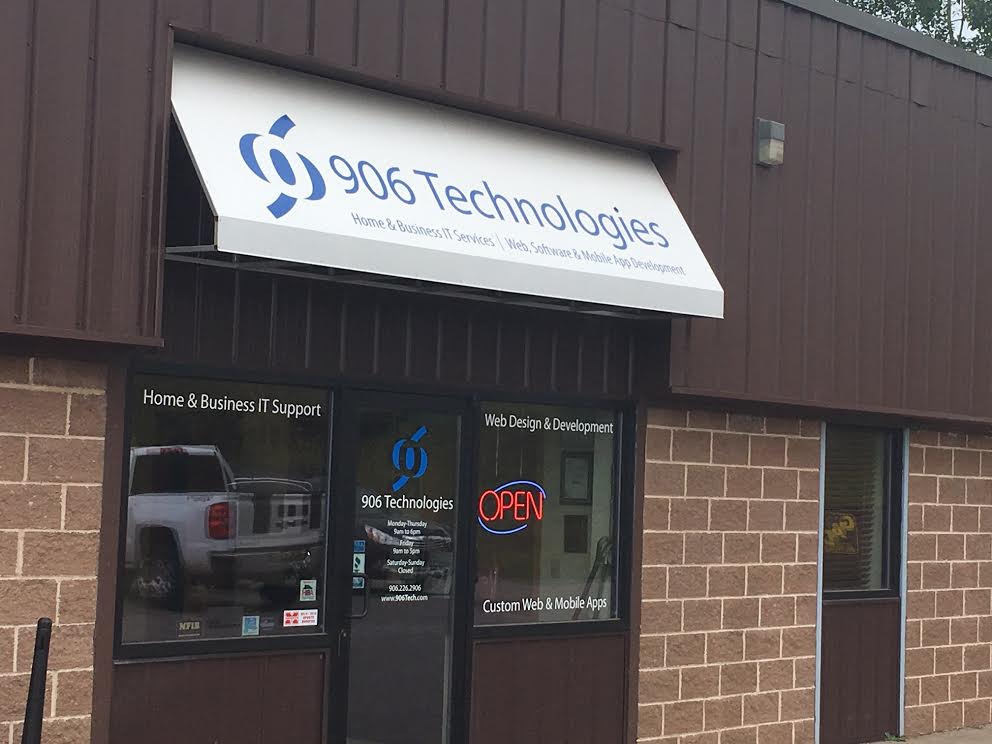 906 TECHNOLOGIES IS expanding its footprint.

Open for business by mid-October. Casey Phillips, out of NMU, will be in charge. The new store will specialize, at least initially, in software and consulting.

906 Technologies opened in Marquette more than 10 years ago and has expanded steadily. It now employs 28 people.

Some of the partners recently opened yet another business along US 41, 906 Engineering. 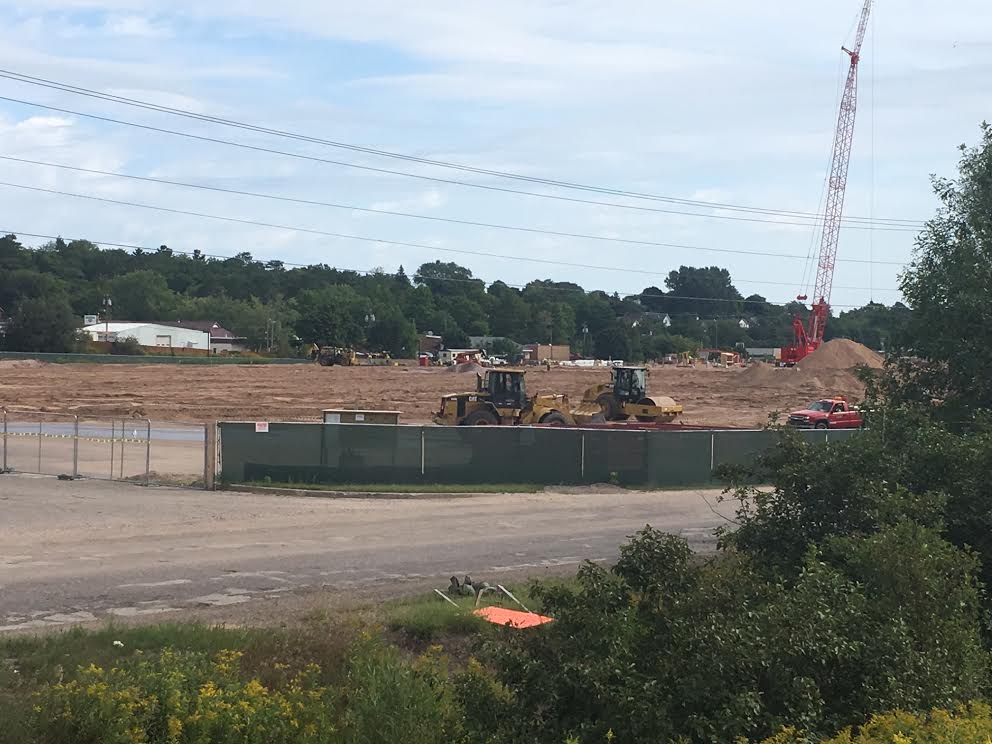 ARE YOU LOOKING for a job that pays more than minimum wage? How about an actual career?

You might want to think about the construction trades for the simple reason that over the next couple of years, Marquette County and the surrounding area have something like one billion dollars in projects planned.

One billion. A genuine construction boom. (For starters, there’s the hospital, BLP, and NMU.)

Equally important, after the last recession, a lot of the construction workers left town or left the industry which means there is now a labor shortage. The trades may need 15-20% more workers to pick up the slack.

Starting pay for an apprentice? 15 bucks an hour. After four years, you’re up to $24 an hour. You could buy a house on that kind of wage, even a boat. Most important, you might have a future in the Upper Peninsula.

The Carpenters and Millwrights Union wants to hear from you. Either them or the Upper Peninsula Construction Council or Michigan Works. 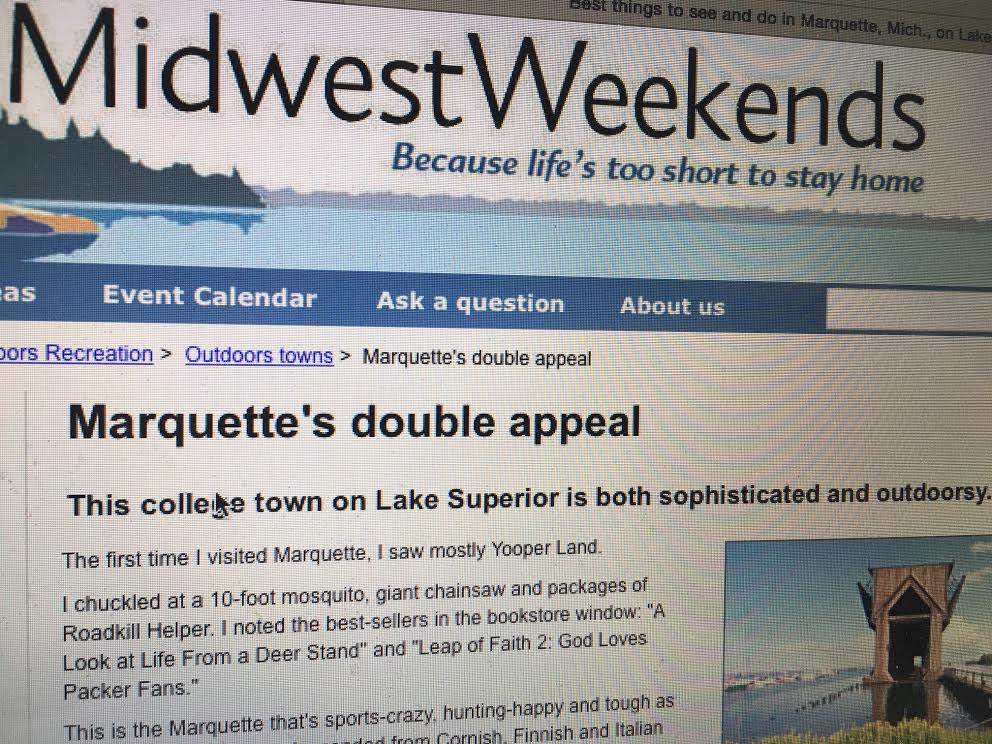 IT’S FAIR TO say that Marquette is no longer a secret in the tourism industry.

Two recent visits by the Travel Channel, an upcoming extensive article in the Delta Sky magazine, a series of travel journalists coming to town, and now the latest from Midwest Weekends, an online site for vacationers that draws two and a half million visits a year.

It refers to Marquette as “sophisticated and outdoorsy.” Damn, we’re hot stuff.

The article praises our forests, our sandstone buildings, Presque Isle, our skiing, our shoreline townhouses, and our biking and jogging paths.

Quoting, “From downtown, the bicycle path hugs the lake, passing Mattson Park, the Maritime Museum and the strawberry-red lighthouse on its way to McCarty’s Cove, with a wide crescent of fine white sand, and Shiras Park, across from a rocky island crowded with gulls.” 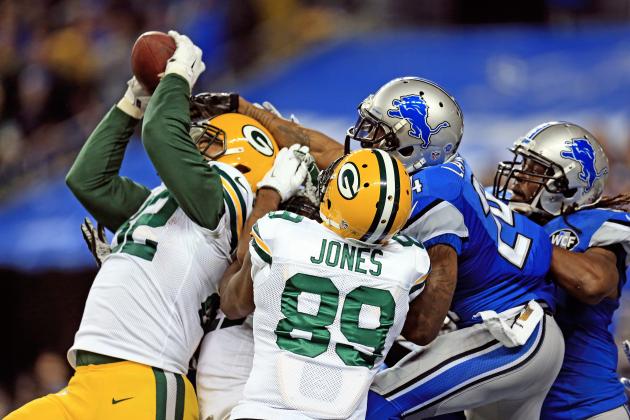 FOOTBALL SEASON IS just about upon us, and for at least the first six weeks, Fox UP is going to try something new: a locally produced TV show about the Packers and the Lions.

Sounds like a great idea. Casey Ford, who used to have a show on ESPN 970, will be hosting, and Ana Dolaskie, formerly of TV6, will be producing.

One little problem. At this point they don’t have a contract to run actual NFL video. Just interviews.

They’re working on it, though. Here’s the situation. The NFL demands $630 for the use of four minutes of video. Too much for a brand new show in one of the nation’s smallest markets.

Ford and Dolaskie are now dealing with the NFL folks and hoping to maybe squeeze one minute of actual video out of them for a reduced price.

Good luck to them.

And our condolences to the impoverished NFL. How will they survive without that extra few hundred dollars? 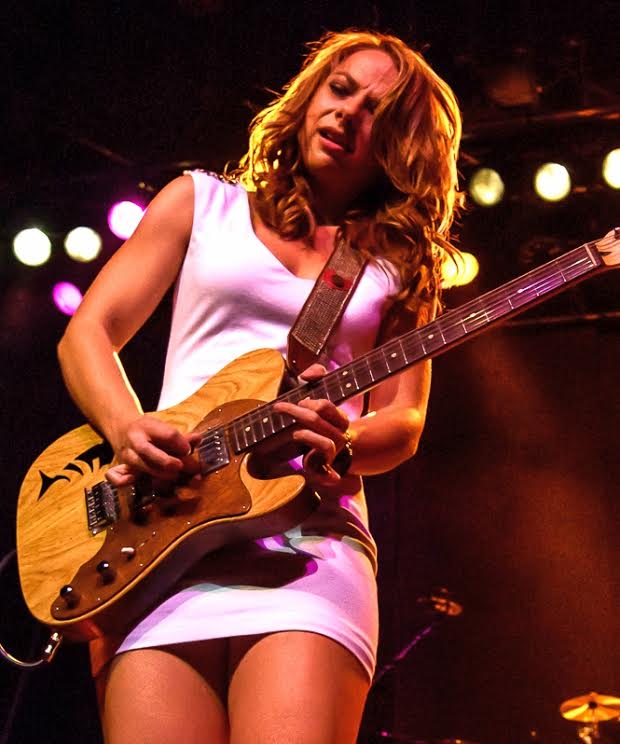 THE BLUES FEST this weekend will have a different look and sound.

Sunday’s headliner, Samantha Fish, is all of 27 years old. A sensation in the blues world, someone that locals have been hoping would visit Marquette. She’ll be here.

All of them come with serious Blues cred, and they’re not even middle-aged yet.

The Blues–with a fusion of rock and R&B–clearly has a future in Marquette. A helluva three day weekend awaits us at the Lower Harbor.