Post-Pandemic: What Will the Business Community Look Like Here?

IT LOOKS INCREASINGLY likely that Governor Whitmer will start to open up at least parts of Michigan, including the U.P., within the next couple of weeks.

The infection rate here remains low, deaths from COVID-19 have flattened out, and UPHS, at last report, didn’t have a single COVID-19 patient.

So businesses open up, summer’s just about here, and we’re back to normal, right? Nope, these next few months could be troubling times for the business community in Marquette County.

“Businesses will close down. That’s a foregone conclusion,” says NMU marketing professor Gary Brunswick. “The question is how many. Maybe 10% on the low end, maybe 25% or more on the high end. I worry especially about small businesses.”

“Yes, the businesses will open up again,” adds NMU economics professor Hugo Eyzaguirre, “but they won’t be making as much money as they did before.”

And some of the businesses, prior to the pandemic, were just barely making it through the winter, waiting for the big payoff in summer. Now, that’s all in doubt.

“I think the next six weeks will tell the tale,” says Brunswick. “From Memorial Day to the Fourth of July. Are people coming back? Are they spending money?”

The problem is, this pandemic and sudden economic shutdown are unprecedented in our lifetime. How can you predict what will happen a month down the road, much less six months, when COVID-19 might stage a resurgence?

“In the past, you had a war or a recession or a depression, and economists had some understanding of it,” says Eyzaguirre. “Here, it’s different. There’s no point of reference. We had the Spanish flu in 1918, but the circumstances were different, and the world was different.”

Hugo Eyzaguirre is an economics professor at NMU.

Marquette County’s and Munising’s concerns are especially acute because of their increasing dependence on tourism. Particularly in summer–with the relatively moderate temperatures, the beaches, kayaking, biking, hiking, boating, fishing, camping.

“Those businesses that rely on tourism here will suffer,” says Eyzaguirre. “Will people be comfortable flying here this summer? Will they want to drive all the way up here, especially with all the events cancelled?”

No Fourth of July festivities, no Art on the Rocks, no Hiawatha, no Harborfest.

So the attraction of Marquette County and the U.P. will be simply “getting away from it all” to the outdoor recreation, clean air and clean water. After months of being cooped up, that’s not such a bad way to spend a vacation.

“I think business will be slow at first,” says Brunswick, “but then it’ll probably pick up. There might be a surge in spending once we start feeling confident, but if you’ve been unemployed, you might be reluctant to spend your money.” 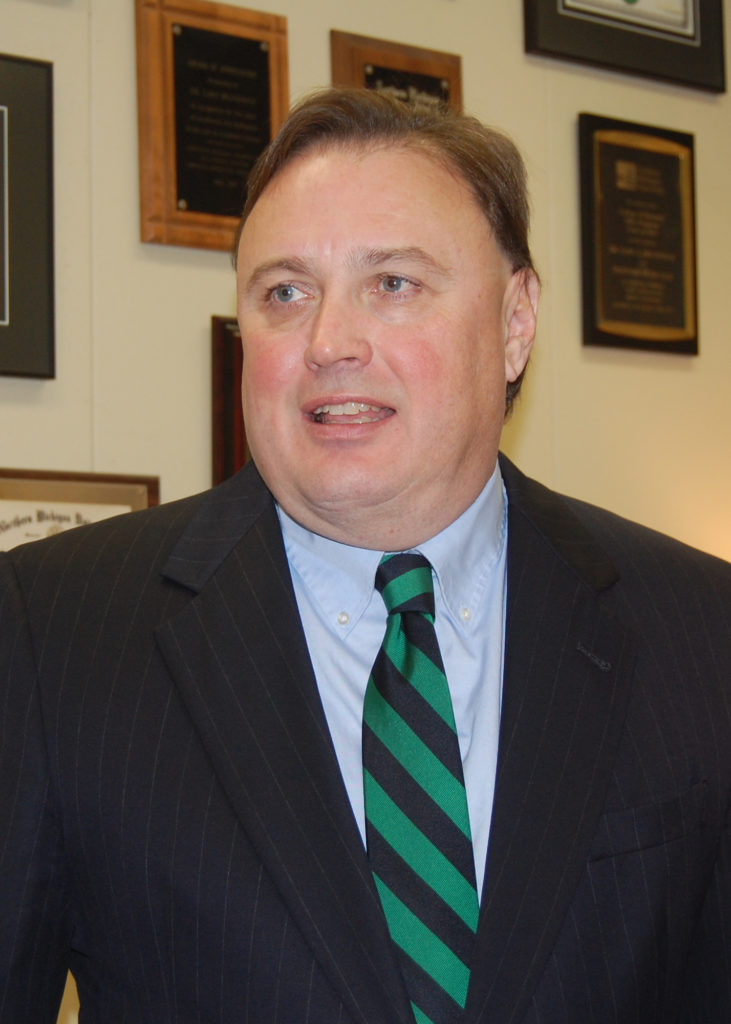 Gary Brunswick is a marketing professor at NMU.

Other changes we’ll likely see, as the pandemic and economic shutdown ease:

Online sales. Prior to the pandemic, about 12% of all sales were online. That’s almost certain to increase.

“The failure of smaller businesses and concerns about public health will probably accelerate the trend toward online shopping,” Brunswick adds.

Telecommuting? Working from home? That’s been forced upon millions of Americans over the last couple of months.

“Twitter has announced that some of its employees will now be able to work from home permanently,” Brunswick says. “Other companies may follow suit.”

Just imagine what that will do to downtowns that depend on those workers–office buildings, restaurants, and coffee shops, in particular.

More takeouts and deliveries. Their popularity will likely continue. Businesses will have to continue making adjustments. For the last two months, they’ve been taking a crash course in deliveries and takeout. That will likely serve them well in the future.

So…any positives to all of this?

Commercial real estate investment, maybe. “My guess is that many businesses will be bailing early, cutting their losses,” says Brunswick. “That means there will be some good opportunities for investors to buy cheaply.”

Good for them, but not so comforting for the rest of us.

Finally, there’s the outlook for the big boys in town–mining, the hospital, and the university.

Cliffs. A huge layoff there, but as manufacturing comes back, the workers will return, maybe as early as July. How quickly production will ramp up is uncertain.

UPHS. A major slowdown during the crisis, elective surgeries postponed, some employees laid off, hours reduced for others. That will likely change as the pandemic worries decline.

And NMU. President Fritz Erickson has already predicted a 10% cut in fall enrollment, meaning a revenue loss of nearly $9 million for the university.

“If I’m the parent of a senior in high school,” says Eyzaguirre, “I might be telling my son or daughter, ‘You know, this might be a good time to take a gap year.'”

Not what NMU wants to hear, but that’s probably been a conversation heard in many households over the last couple of months.

But beyond the direct impact on the university is the likely damage to the businesses that cater to students. There will be fewer of them spending less money this fall and winter. And if NMU had to suddenly revert to online teaching? Whoa.

Not a pretty picture, most of it.

And unfortunately, it’s not one that economists can easily decipher, because of the medical uncertainties and the lack of an historical precedent. Maybe scientists will come up with a vaccine or effective treatment sooner than expected, maybe the economy will come roaring back.

You just gotta hope that when it does, businesses, big and small, will not be left behind in the rubble after the economy came crashing down during the COVID-19 crisis of 2020.