Power to the People… and the Return of Events

Hooking up with the Board of Light & Power

Buildings coming down and buildings going up.  That’s life these days at the Marquette Board of Light & Power.

First… what’s coming down is the Shiras Municipal Power Plant, which has stood at the north end of Lake Street since the late 1960’s.  No tears will be shed when that monstrosity is gone.

In addition to being an undeniable eyesore on the city’s popular shoreline, the plant has also drawn the ire of neighboring residents who have been known to complain of ash and other power plant residue raining down on their homes and property.

Well, no more.  The operation was shut down in 2018 as the BLP turned to natural gas production at the new Marquette Energy Center, next to the BLP offices on Wright Street.

According to BLP Executive Director Tom Carpenter, demolition of the Shiras plant will begin this spring with completion expected prior to next winter.

Okay… then what?  That’s some prime real estate there.  Great spot for some new condos, right?  Or would you prefer more city beachfront?

According to Carpenter, neither condominiums nor more public space are in the site’s immediate future.

“The BLP will continue to use the property as some of our electrical infrastructure will remain at that location.”

It’s not that the BLP isn’t community minded.  Quite the contrary.  In fact, the utility’s involvement in our quality of life goes all the way back to 1930 when the city commission tasked the Department of Light and Power with the maintenance and development of Presque Isle.

These days the BLP is partnering with the Noquemanon Trail Network to allow trails to be built on the land surrounding the Tourist Park and Forestville basins. 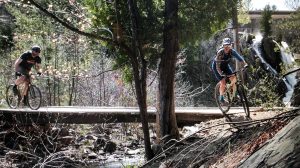 According to Lori Hauswirth, Executive Director of the NTN, the BLP has been integral in the development of their trail network.

“BLP leadership, past and present, recognized how trails could co-exist on their lands, and we’re thankful to be able to work closely with them on those efforts.”

Carpenter also cites other areas where the BLP has contributed to the local recreational scene.

“Along with the trails, we’ve also accommodated the construction of the BMX track, soccer fields, and a disc golf course on MBLP land at the north end of town.”

The building going up is the expansion taking place at the central offices on Wright Street. Employees who worked at the Shiras plant will now join the rest of the staff at BLP headquarters. 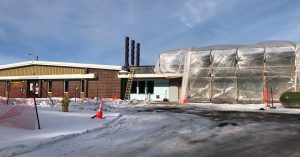 What else is going on?  Well, there was that pesky noise problem at the new energy center.  According to news reports, neighbors complained of  “thumping” and “whining.”

Carpenter believes the problem has been dealt with satisfactorily.

“We finished a project that completely re-engineered and rebuilt the outer shell of the power plant.  The reconstruction of the building successfully reduced the levels of the noise below the goals that we had set prior to beginning the project.”

We reached out to previously vocal neighbors but were offered only a ‘no comment.’  Not sure what that means, but absent more outcry, it seems the discontent, and the decibels, have been quieted.

And finally, what are we paying for all this?  Well, in case you hadn’t noticed… your residential rates have gone down.  You’re reading that right.  Down.

“As we transitioned away from operations at the Shiras Steam Plant we were able to more efficiently dispatch our generating resources into and out of the energy market and save a significant amount of money.  We are a not-for-profit utility and when we have the ability to reduce costs we will pass those savings back to our ratepayers.”

We don’t hear anybody complaining about that.

Of course, any time you get into power generation and rate structures and the utilities industry in general, the talk inevitably gets technical, and a little hard for average folks to understand.

Boiled down, we really don’t care all that much about how the watts go into the wires, as long as the lights go on when we flip the switch.

Look around.  Are your lights on?   If you paid your bill, they probably are.  You can thank the BLP for that.

Alert observers have seen the changes at the WE Energies Plant at Presque Isle.  It’s coming down too.  So the city that’s had two power plants belching and bookending the lakeshore for decades will soon have none. 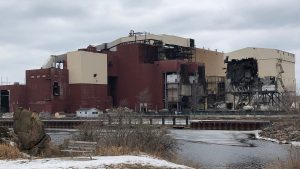 No definite word from WE Energies on what’s in store for the property.

Sources indicate that they plan to rehab the site by removing all aboveground and almost all of the underground structures, and then cover much of the area with grass and gravel, at least until further notice.

It’s been suggested that the utility donate the property to the city for future development. Being a Wisconsin company, we’re not sure of their commitment to the Marquette community.  But we can dream, can’t we?  Power to the people!

While just about every event succumbed to the pandemic in 2020, we’re interested and excited about what will return in ’21.

Good to have that flat-belly fest back.   However, like it or not, the very visible and well-attended finish will no longer be on Third Street, in front of Blackrocks, but at the dome.  Hey… whatever it takes to keep the event alive, right?

Golfers should note that the 28th edition of the annual golf outing sponsored by the Rotary Club of Marquette will return to its traditional early summer date of Thursday, May 27th, on Marquette Golf Club’s Heritage course.  The event actually took place last year, but much later in the season, and with a little less fanfare.  Fore!

Like many of our local service clubs, the Rotary Club of Marquette counts on major fundraisers like their golf outing to enable them to provide community support where and when needed.  With last year’s washout of most of our annual gatherings, local charities will need our support now more than ever.

And in addition to a number of returning events, the Noquemanon Trail Network has added a new one…  Eh Winter Experience.  It’s this weekend and you can still register!  Go to their website for details and to find out about other upcoming events.

Keep in mind that many of the events we hope to see this year will be scheduled with the “tentative” caveat.  No surprise there.  Tentative is the new normal, for now.  But compared to last year’s unfortunate but unavoidable outright cancellations, that’s just fine.

Watch here for ongoing updates regarding this year’s calendar.  We’ll share event info as we receive it.