Protecting the Lake from Pollution, and Easing the Burden for Churches

The photo above, showing a stream of street runoff flowing directly into the Lake near McCarty’s Cove, illustrates the problem perfectly.

City Manager Mike Angeli concedes it’s something the city needs to work on but insists it has not become an overwhelming problem. “We are doing what the DEQ advises us to do,” he says, “and it seems to be working. We do regular testing of the water at the beaches every summer for contaminants–for things like e coli–and we haven’t had a problem for at least a couple of years.”

Further, he says, the Hawley Street Project adjacent to the shoreline in north Marquette includes a plan to steer storm water away from the Lake toward wetlands where it can be absorbed.

A few points to consider:

Anything we dump in our streets and our gutters has a good chance to end up in the Lake. It’s up to us to be more careful.

The problem always becomes more apparent during heavy rainfalls, as it did with the photo above from more than a week ago.

Fixing the problem, by steering the storm runoff away from the Lake, requires money. Namely, tax money or grants. 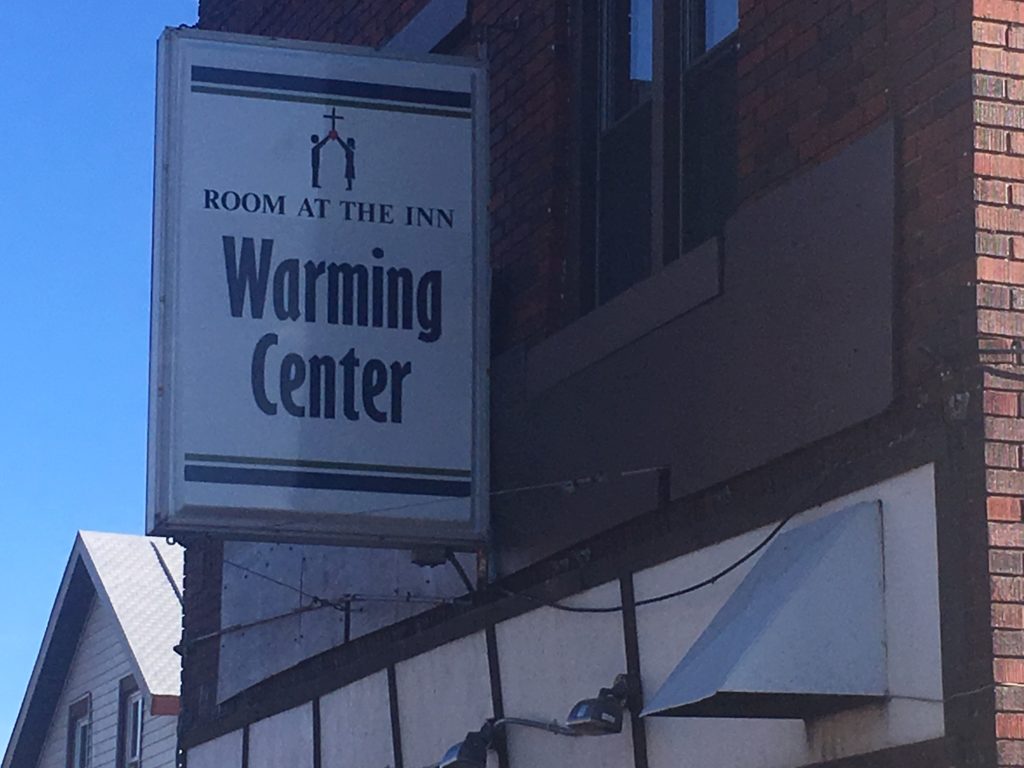 “THE CHURCHES WERE getting worn out so we’re hoping this will put a lot less stress on the them.”

That’s Nick Emmendorfer, the executive director of Room at the Inn, explaining the changes his homeless agency is undertaking to help both the homeless and the churches in Marquette that support them.

The biggest change is this: In the past, the six churches provided dinner, sleeping quarters and volunteers for the homeless from 6 pm until 6 am. A long stretch. Finding enough volunteers, especially at the late hours, had become a problem.

The new plan calls for the churches (and there are now seven of them) to open at 9 pm, and for volunteers to be on duty only until midnight–a three hour shift. Then paid staff–available because of a grant–will take over for the volunteers.

The Warming Center will continue to be open from 6 am to 11 am for breakfast, showers, laundry, and job and housing counseling. AND–a big change–it will reopen from 4:30 to 8:30 to provide dinner for the homeless before they head out to the churches for the night.

Something else. The Salvation Army will provide lunch for the homeless on weekdays.

Sounds like a plan that everybody can live with as the temperatures start to plummet.

Are the homeless numbers climbing in Marquette? Not really. Emmendorfer says they’re roughly the same as last year: 25 bedding down nightly at the Room at the Inn churches, and about 40 using the Warming Center facilities on a daily basis.

The goal for Room at the Inn remains finding a permanent facility for the homeless to stay in Marquette. There’s a plan in the works. We’ll likely learn more about it before the end of the year.