Paintings, sculptures, music, dance… all that stuff, usually outdoors and free, that’s Public Art.  We typically don’t bother trying to define and categorize it.  We just enjoy it!  Like the murals appearing around town.

Of course, there have always been murals, but they’re definitely experiencing a surge in popularity, particularly in art-centric communities like ours.

If you travel North Third regularly, you’ve probably seen the project in progress on the BeWell building.  It was actually started a couple years ago, but stuff happens, and the work paused.  But it’s back on track and should be finished soon. 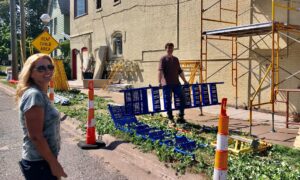 Mia Tavonatti is the brains and brush behind it, and has plenty of street-cred to validate her work.  She started the Power of Words Project in 2012 after winning Artprize, the big art competition in Grand Rapids.

With a program she calls UPLIFT, Mia and her team have done 10 murals around the central Upper Peninsula.

“I believe large public art can plant seeds of transformation in a community.  I also enjoy working with teams and creating opportunities for artists and students to work together and gain personal experience and opportunity by collaborating on monumental projects that require so many skills.”

A fairly new city board, the Marquette Public Art Commission, oversees city public art projects including the care and maintenance of existing art, but most of the murals we see are made possible through funding from private donors, grants and business sponsors.

Tiina Morin, Arts and Culture Manager for the City of Marquette, says the city provides support in other ways.  “We encourage and advocate for anyone who wants to do a mural” 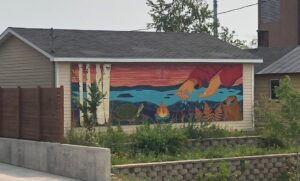 On the library’s garage, facing North Third, by artist Sawftsea

Done right, a mural can instill community pride, provide talented artists with some great exposure, and give the townsfolk… as well as visitors, another reason to be outside, exploring the city.

‘Done right,’ of course, is subjective.  And there’s no approval process that dictates content, other than obscenity and sign ordinances. 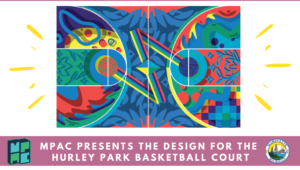 The Marquette Public Art Commission is behind the Queen City Courts Mural Project at the Hurley Park Basketball Court. “Fast Break” is by Detroit based artists Ivan Montoya and Joey Salamon.  There’s been some pushback on the design, but that’s no surprise.  The public eye can be a critical one. 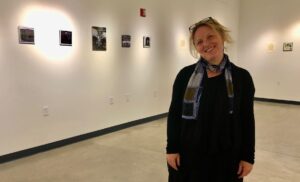 Referring to the project, Morin says the design actually has overwhelming support, plus, “It’s a great example of how public art can be a part of an improvement project.”

Coming off another successful Art Week, Morin’s department is gearing up for some busy months ahead.  The area’s surge in tourism and visitation in general impacts more than just hotels and restaurants.  And our art community, from the stage to the street, is trying to keep up with demand.

If you’d like to contribute to the effort, Friends of Marquette Public Art is a non-profit support group that serves as a vehicle for donations. 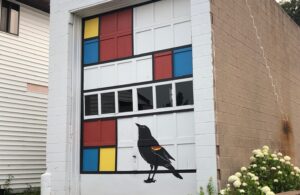 Morin thinks Marquette is the right place for art enthusiasts.

“How many cities this size have an office dedicated to Arts and Culture and a funded public art program?  How many have a nationally recognized Art and Design, Music, and Theater Department, Shakespeare in a brewery, and a world class children’s theater company.  Then there’s the long list of festivals… fine art, blues, band, folk, classical, dance, film and on and on.”

The highway project on the U.S. 41 bypass is a bigger job than we initially thought.  In fact, it’s going to go all the way from the Walmart intersection to the Front Street roundabout, in one form or another.

According to Dan Weingarten, Communications Representative for the MDOT Superior Region, “The project is primarily addressing pavement conditions.  But we’ll also make storm sewer repairs, install new curb and gutter, and replace sidewalks. By milling and resurfacing, we can extend the life of the pavement on the busiest route in the Upper Peninsula, with average daily traffic counts of up to 33,000 vehicles” 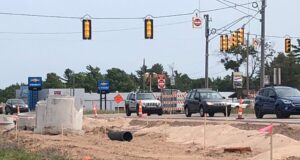 They started in May with the project slated for completion in late October.  If it seems like there’s more traffic in town than normal, and there is, much of that perception comes from construction slowing everything down.  As Bambi’s mom said… “It seems long, but it won’t last forever.”

•  Word is that Northern’s on-campus housing is filling up fast.  Does that mean an increase in enrollment?  Will NMU see a bump from the U.P.’s nascent popularity?  One can hope.  We learned the hard way back when the base closed that nothing is guaranteed forever, and that could include, heaven forbid, state universities. 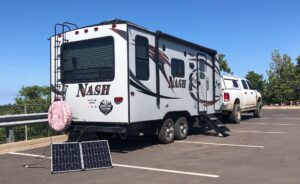 Who needs a hookup when you’ve got your own solar power!

•  Can’t get a site at a local campground?  It ain’t glamping, but the Walmart parking lot has room for you.  They’d probably frown on an extended stay, but they don’t mind accommodating a tired traveler for a spell.  And sometimes during this busy summer… it’s all that’s available.

•  BTW… if you’re interested in live, local music and want to know who’s playing where and when, check out Marquette Music Scene on Facebook.