Sure looks that way. The Marquette Planning Commission recently approved a marijuana special use permit application for the Farmer Q’s location, which means that Farmer Q’s will be converted to a marijuana retail store. Right?

“Not necessarily,” says Susan Brian, the co-owner of the store and the property. “We’re definitely going to be open through the end of summer. After that, we’ll have to make some decisions.”

The application for the permit was made by Fresh Coast Provisioning of Charlevoix but Brian says Farmer Q’s  owners–she and her husband–were also on the application. So would they be partners with Fresh Coast? Brian said it was difficult at this point to characterize their relationship.

Farmer Q’s has been in operation in Marquette for 15 years. Sales have increased virtually every year, Brian says. Fresh produce has been the main feature.

But times, they are a-changin’. We’ll know more by the end of the summer. 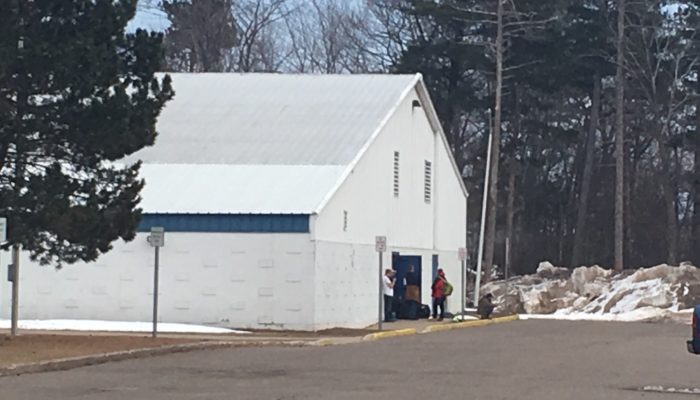 SOME SURPRISING NUMBERS coming out of Room at the Inn, Marquette’s homeless shelter.

A month ago, RATI was providing emergency housing for 37 individuals. Now it’s down to 21.

Here’s what happened, according RATI’s executive director Nick Emmendorfer. Several of them found housing on their own, one or two moved in with their families, some were accepted into recovery centers, and still others couldn’t abide by the rules of the shelter, so they were asked to leave.

There had been fears that the homeless numbers would increase with the economic shutdown; so far, that has not been the case.

Room at the Inn is currently housing its homeless at the Lakeview Arena where they can be properly socially distanced. Meals are being provided by the Salvation Army, by volunteers, and through donations made to RATI.

“This is just a great example of how awesome this community is,” Emmendorfer says. “Volunteers, the city, agencies, and churches have all stepped up to help–First Presbyterian, in particular. They’ve all been there for us when we needed help the most.”

How long will the shelter be located at Lakeview Arena? Uncertain. It depends on when the social distancing guidelines are eased.

In the meantime, Room at the Inn is proceeding with its plans to convert the second floor of the Warming Center to a permanent shelter. The site plan is ready. Next comes a capital campaign. Emmendorfer is hoping it will be completed and ready for move-in by fall of this year. 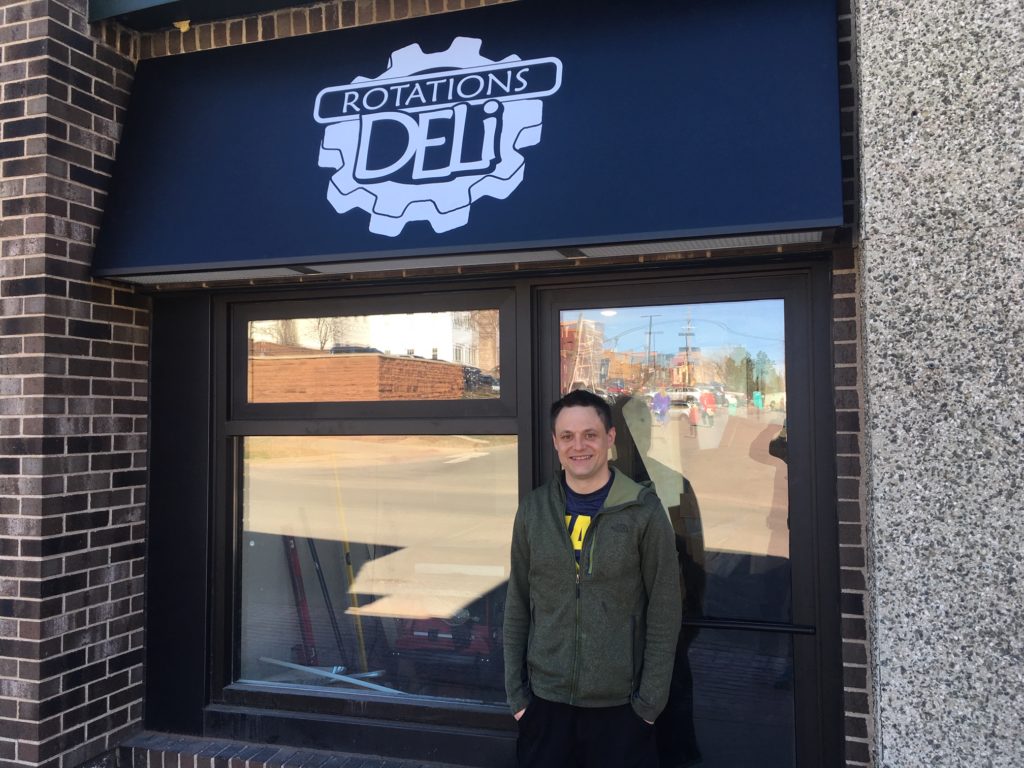 SO YOU’RE THE tiniest restaurant in the entire state of Michigan, and you suddenly get a call from one of the biggest car dealers in the state, ordering 98 sandwiches.

What do you do? Can you handle it? The order came from Fox Motors of Marquette.

“At first, I was ‘Whoa!’ That’s a lot of sandwiches,” says Cliff Jacobson, the owner and cook at Rotations, the little deli downtown (roughly 200 square feet). “I was concerned because if they wanted hot sandwiches, they probably wouldn’t be that hot by the time they were going to be eaten. Fortunately, they wanted cold sandwiches. So that was no problem. And I’ll tell you, that order was a huge help for my business, especially at a time like this. I really appreciated it.”

Fox paid for the sandwiches, but then their employees brought the sandwiches to the Jacobetti Home for Veterans and the Norlite Nursing Center, as a thank you the employees for their work during the pandemic crisis.

A similar order was made by Fox to Sweet Basil Catering in Marquette. And Fox Negaunee also placed a large order with another local restaurant.

“These are trying times for everybody,” explains Randy Norton, the general manager of Fox Marquette Ford and Subaru. “Fox is doing this all over the state. We just want to thank the people who are working these tough jobs, and at the same time, we want to help our local businesses survive.”