Questions about Hospital Sale (or Merger), Plans for a New Patisserie–and a New Coffee Shop, Anger over a News Story, More Plaudits for the UP, Tourism Figures Are Up, an Unusual Write-In Campaign, and Trillium House’s First Guest

WELL, THE RUMORS were true, after all. UP Health Systems-Marquette (along with the other UPHS hospitals in the UP) is being sold. Or “merged.”

What we know, if the deal goes through, is that Apollo Global Management, a huge private equities firm that owns RCCH Healthcare Partners, is buying Duke LifePoint and all its hospitals.

So yeah, it’s a sale even though the new business will retain the name LifePoint. And for those of you smart enough to have owned Duke LifePoint stock, you’re now a lot wealthier. One of the stipulations in the purchase agreement is that you’ll get $65 for each share of DLP stock you own–that’s a 36% increase over what it was previously worth.

So now in six short years, Marquette General Hospital has gone from a small, nonprofit community hospital…to a for-profit hospital that was part of a large, publicly held chain of hospitals….to a hospital that will soon be part of a much larger chain owned by private investors. It will no longer be traded on the stock market.

Lotta questions. Will there be layoffs? According to LifePoint’s just released FAQ for employees, “The size, scale and focus on growth will be impactful for our patients, employees and partners…We are committed to keeping you informed as we move through this process…”

In other words, they don’t know yet.

How about wages and benefits? “…There will be no immediate changes to compensation and benefits…” You can’t help but notice the word “immediate.”

Final words from LifePoint CEO Bill Carpenter to his employees: “…LifePoint will operate much as it does today, guided by the mission, vision, values, and High Five Guiding Principles….We must remain focused on our objectives and continue to deliver for our patients and communities…It is important that we speak with one voice on this matter…”

In other words, do your job, do it well, and don’t talk to the media. Company executives will take care of that. 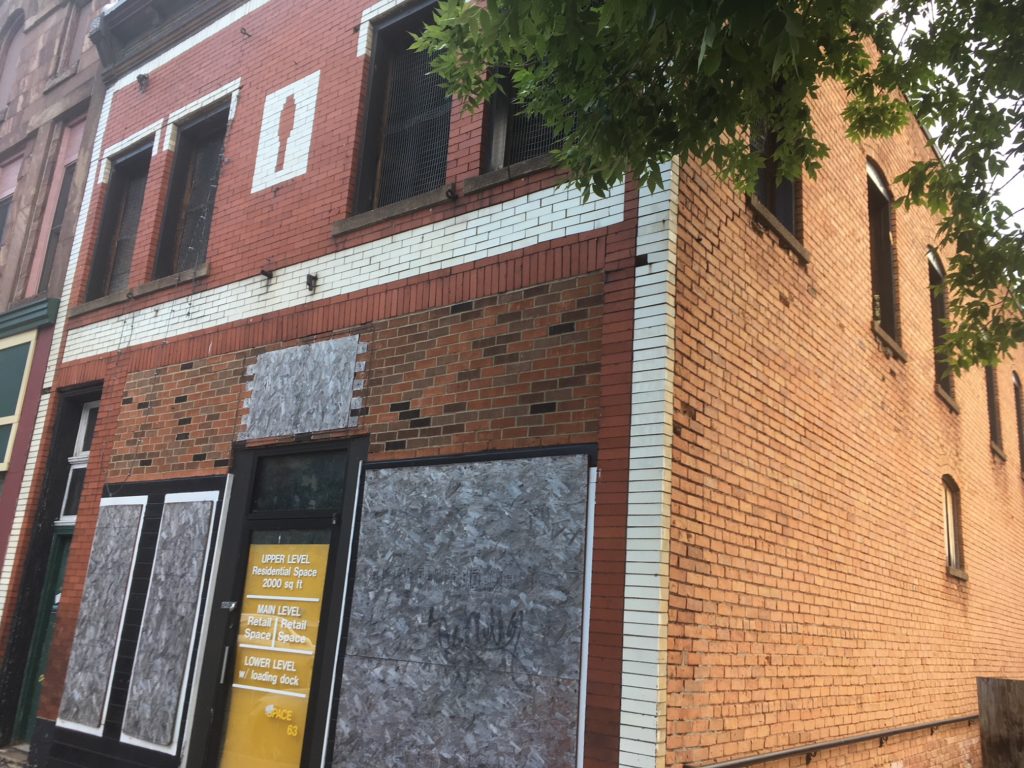 THAT PATISSERIE THAT’S moving into the vacant building a few doors down from Babycakes on Washington Street?

It’s still gonna open, according to owner Matt Beardsley, but it’s been delayed. Problems with construction, permits, and most seriously, an illness that Beardsley is dealing with.

He now estimates it will open its doors late this year.

This comes, of course, as John Scheidt continues to pour money into expanding and renovating Babycakes which now features French style pastries as much as muffins. 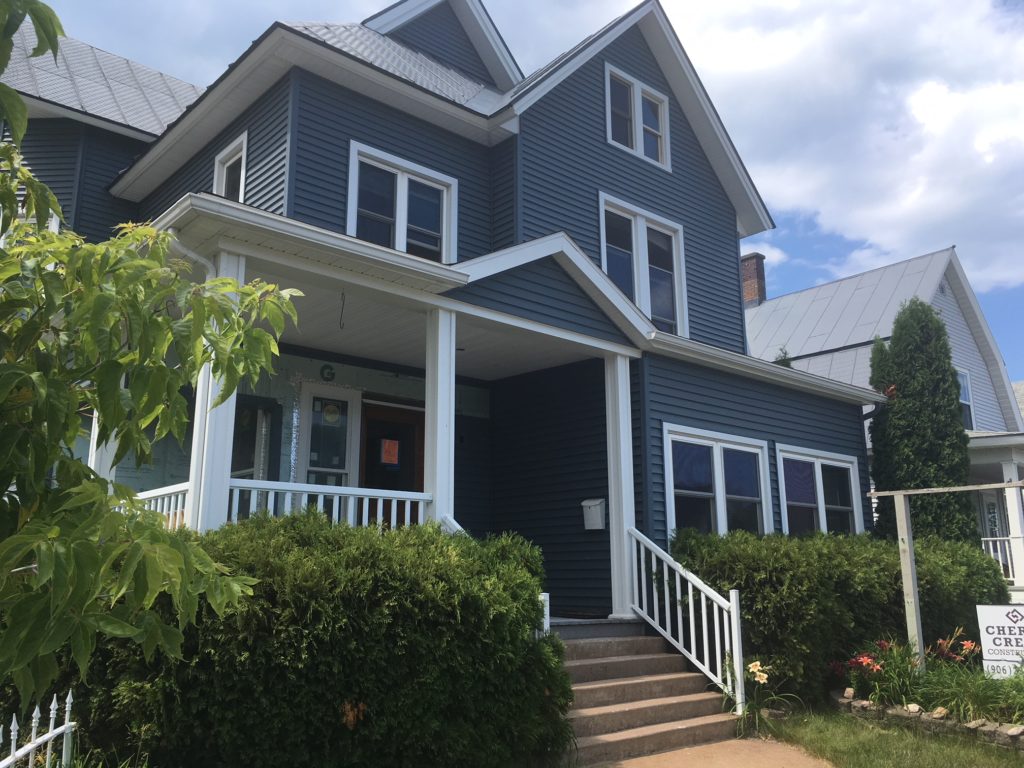 The owners of Crappie Coffee aren’t talking publicly about it but the word has been out there for months that they’ve bought a handsome building on Third Street, not far from Contrast Coffee, that they are now converting to a coffee shop.

When exactly? Don’t know. Anything else you can tell us? We got nothin’.

Crappie, which has built a solid reputation selling beans here locally, will release all that information when they’re ready. 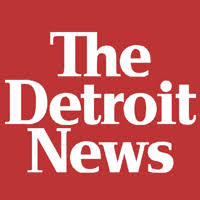 THAT LATEST DETROIT News article about Munising–“Tourism helps and hurts town near Pictured Rocks”–has not been received well by most folks in Munising.

Some of their comments? “Sloppy journalism.” “Garbage article.” “Total crap.” And then there were also the nasty ones.

The article, which conceded that the town’s increasing tourism appeal has brought in new money, businesses and jobs, did seem to emphasize the negative impacts that tourism has brought.

Examples: “Restaurants run out of food…” “Summers have turned into a madhouse of traffic…” “The interlopers are threatening to destroy the very thing that draws them here–Pictured Rocks…” “They’re also trampling a way of life…”

Is there a grain of truth to some of the article’s observations? Absolutely. But is Munising better off with the recent influx of businesses and tourists? It’s not even a serious question. Of course it is.

There’s a sense of excitement and optimism in town that was totally missing just a few years ago. 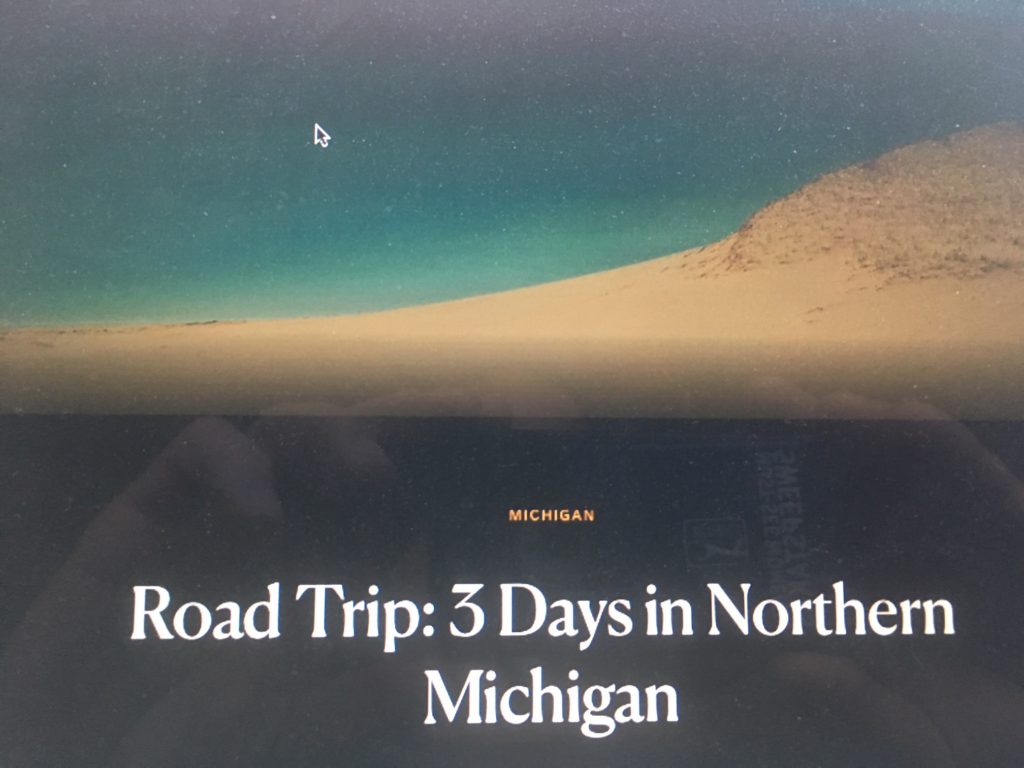 MORE PRESS COVERAGE of the U.P.

It plays up the salty licorice and tar soap you can buy at the Touch of Finland, dining under the garden trellis at The Marq, and resting your bones at the “sumptuously attired” Landmark Inn.

It also suggests stopping in at Irontown Pasties in Negaunee for the traditional ground beef and rutabaga pockets, along with their vegetarian and vegan options.

We sure sound exotic, don’t we? 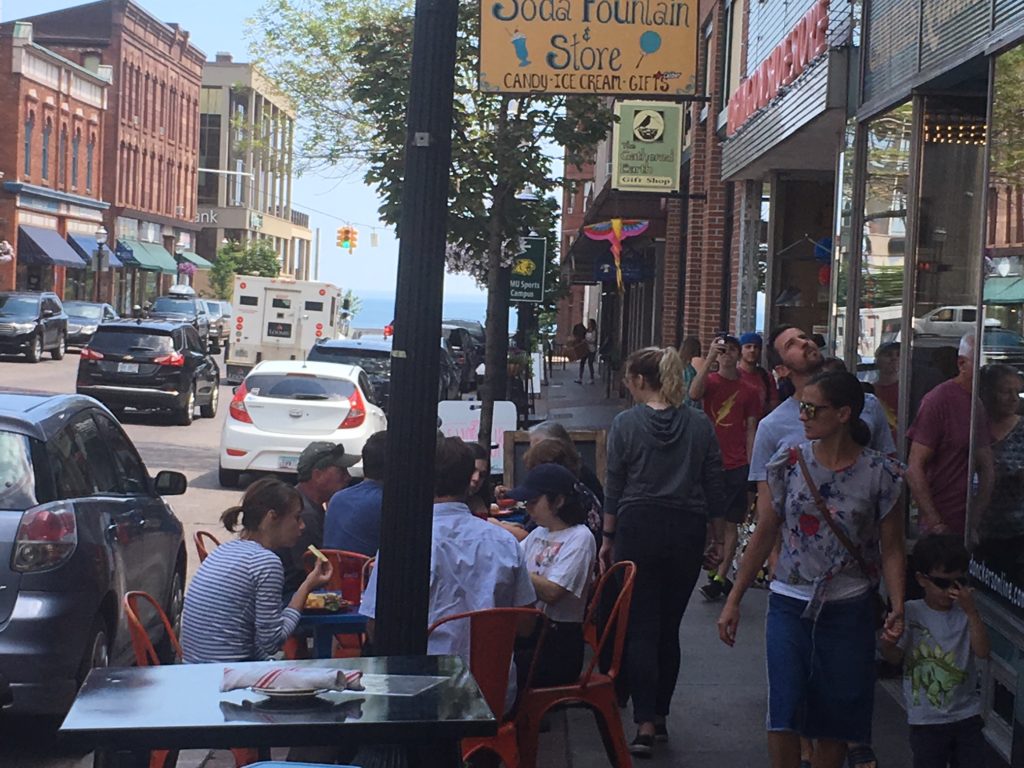 SUMMERTIME IN MARQUETTE. That means busy streets, restaurants and hotels.

Travel Marquette doesn’t have any summer figures yet but winter hotel occupancy numbers showed a distinct uptick over 2017.

And no, we don’t yet have a “madhouse of traffic” and nobody’s “trampling a way of life” here. 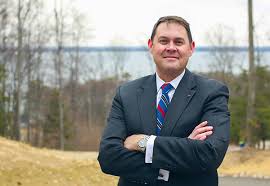 Congressman Jack Bergman, of course, is the incumbent in the First District. He’ll appear on the Republican ballot.

But on the Democratic ballot, there will be no names. Just a space to write in a candidate’s name.

Matt Morgan of Traverse City had expected to be placed on the ballot but was excluded because of a technicality, so now he’s running an aggressive campaign as a write-in.

Here’s where it gets complicated. He needs to get more than just the most write-in votes.

According to a spokesman for the Secretary of State, he needs to attract five percent of all the votes that are cast for either the Democratic gubernatorial or Senate candidates in the First District.

In other words, if the three Democratic gubernatorial candidates together were to total 100,000 votes in the First District, Morgan would need 5000 votes to make it to the November ballot.

Seems easy enough, but few of us want to take the time to write in a name.

And talk to the political experts, and they’ll tell you Bergman is likely a shoo-in in November regardless of what happens on the Democratic side..

But in politics these days, nothing seems certain. 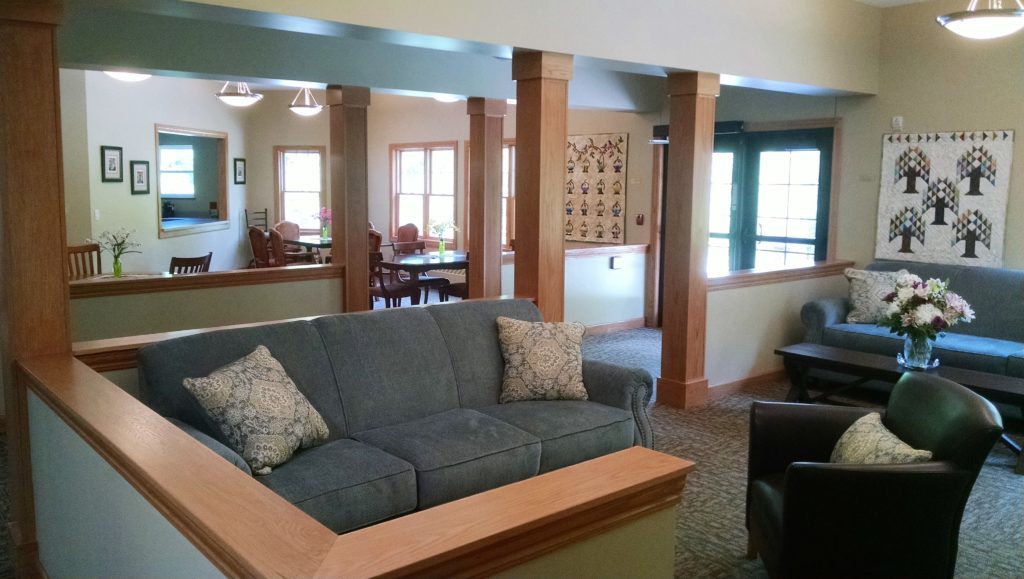 THE DOORS ARE now open at the Trillium House, Marquette’s residence for hospice patients who can no longer live safely and comfortably in their own homes.

The first resident was an 84 year old woman who went to the casino one night, checked in to the Trillium House the next day, said she was proud to be their first guest, and then died peacefully in her sleep that night.

Not at all unusual. The average stay for a hospice resident, according Dan Mazzuchi, the Trillium Board president, is 14 days.

But those couple of weeks or days will be spent comfortably, peacefully and safely, surrounded by a caring staff, the amenities of a well appointed hotel, and nature.

Trillium House is tucked into a gorgeous, leafy property seemingly away from it all, and yet it’s only a five minute drive to Econo.

Most remarkably, though, Trillium House started with an idea by some community leaders who saw a need for such a place in the central U.P. They then organized a private fundraising campaign, raised the money, and had the facility built on time, and under budget.