Racism Lawsuit Negotiations, Marquette Woman Stuck in China, the 225 Mile Crusher Bike Race, and the Mining Journal to Be Delivered by Mail

Could be. Attorney George Hyde, who represents three businesses and two owners who claim they were defamed in a Facebook posting by a local man, Raymond Little, says Little’s attorney, Brian Bloch, has been negotiating the last few days in hopes of getting the matter resolved.

Hyde filed suit against Little, claiming that Little defamed his clients by calling them racists.  Little also called for a boycott of the three businesses, along with five others who aren’t part of the lawsuit.

The post has since been taken down. Little declined to comment on the lawsuit for WOTS but he did text “I have zero interest in an interview for your gossip column.”

Bloch has not yet returned a phone call asking for comment.

Hyde, on the other hand, has been forthcoming and seems confident the two sides will reach agreement. “I think this case is making people think twice before they start stating something as fact–that my clients are racists–when, in fact, they are not racists,” he says.

Little has 21 days to officially respond to the lawsuit which was filed last week. 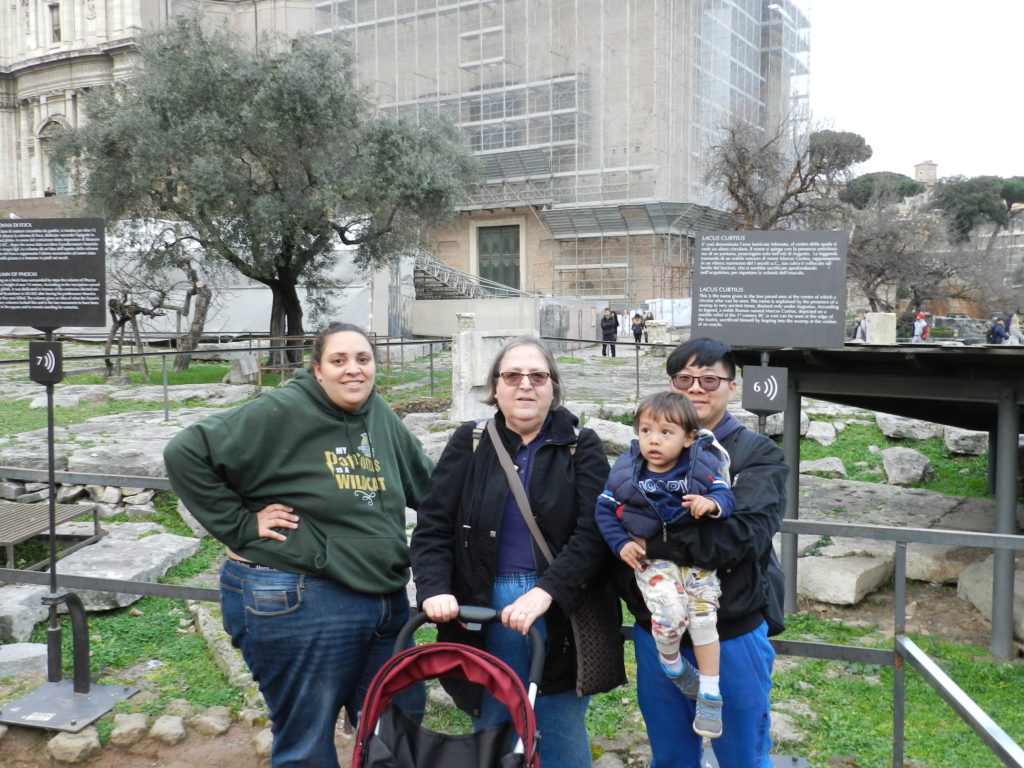 She’s booked five flights, but she still can’t get out

THE COVID CRISIS has created an unusual problem for one Marquette family.

Nancy intended to return to the States in May, but then COVID intervened. Nancy has been booked on five flights in the last several weeks but all five have either been cancelled, or she hasn’t been able to get to the airport in Hong Kong because the border is closed due to COVID restrictions.

“I’m nervous,” says Professor Hightower. “I’m anxious because we don’t know when she’ll ever get home with all these restrictions.”

Right now, he says, their best guess is she might be able to fly out sometime between mid-July and September. Yikes.

What’s worse, the Hightowers were hoping to bring their daughter and grandson home for Christmas, as they have in the past. Those plans are very much…(ahem)…up in the air.

You’d think the American Embassy in China might have been able to help. So far, according to Professor Hightower, no luck.

ANOTHER CONSEQUENCE OF COVID.

The 906 Adventure Team, which sponsors the Polar Roll and Marji Gesick bike races, had been hoping to run its second annual Crusher race this summer.

It’s long distance racing over what they’re calling “enhanced gravel”–tough wilderness riding but not impossibly tough, like the Marji. Various distances for cyclists–the longest being 225 miles; for runners, up to 50 miles.

But then plans for the Crusher hit an obstacle: COVID

Mass races are no longer allowed, so director Todd Poquette had to come up with a new idea. How about letting the cyclists and runners complete the course on their own, without a crowd around them? Would they still go for it?

Surprisingly, seventy percent of them said yes. They’ll have between July 1st and October 1st to complete the course, but they’ll have to do it in one ride within a stipulated period of time–less than 36 hours for the 225 mile course. The cyclists will attach little computers to their handlebars to track their times, and they’ll also have to shoot selfies at eight checkpoints to confirm they’re completing the course. Runners will wear the computers on their wrists.

But there’ll be none of the usual excitement at the starting line, no jockeying for position, no camaraderie. Just you and your bike, or you and your legs.

A long, brutal course where you’ll hardly see a hint of civilization or any other riders. “These people are savages,” Poquette says. “They’ll do it. We’re going to make this work. When things change, you have to adapt. We’ve got to move forward. We don’t want to just stay in our homes.”

And the big bonus? If they finish the course within the stipulated period of time, they get a titanium Crusher mug.

Interested? Only masochists comfortable struggling alone in the wilderness need apply at the Crusher .

Newspaper to be delivered by mail

The Mining Journal has informed its subscribers that, starting Wednesday, the paper will be delivered by the US Postal Service. No more newspaper carriers. It’ll be delivered the same day as its published.

Negotiations between 6000 newspapers across the US and the Postal Service have been underway for weeks to plan for the same day delivery.

“Newspapers across the country are turning to mail delivery as the costs associated with mail delivery have become more attractive,” publisher Ann Troutman writes in the Mining Journal.

Not only that, but Troutman has announced that the Mining Journal’s aging press will be shut down for good and the printing will be now done at Powers Printing in Powers.

Times have proven difficult for newspapers all across the nation. They’re trying to deal with digital competitors who have shown they can deliver news more cheaply and quickly than the printed page publishers.