Recovery Room up for Sale Again, Bayou Price Slashed, Vicky’s Looking Toward the Ministry, No Progress in Nurses’ Negotiations, Former Boss at TravelMarquette Talks, Praise for the Villa, the Casa and Remie’s, and New Hotplate Owner Identified

ARE YOU LOOKING for a Christmas bargain?

The name, of course, has since been changed, management has changed, and the restaurant/bar is up and operating, but the owners apparently would still like to sell it.

It’s got an ideal location, on West Washington Street in the center of downtown. A handsome building. In an up-and-coming town attracting more tourists every year. In a community where we pride ourselves on being “foodies.”

On the other hand, there’s also daunting competition in the immediate neighborhood. As in Digs, the Delft, Donckers, Lagniappe, etc.

Still, for a mere $425,000, you could put a nifty little present under the Christmas tree. 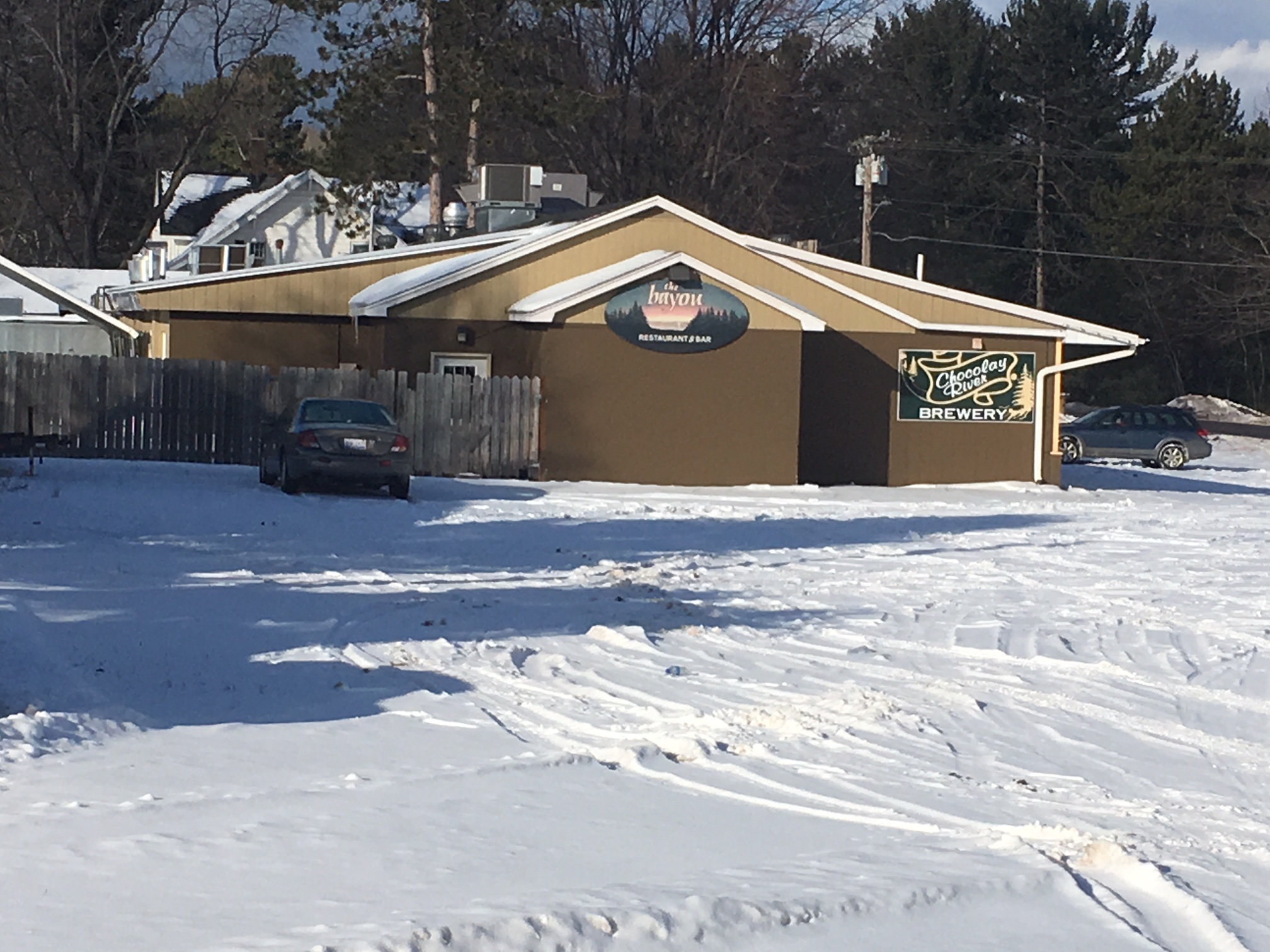 THE SIGN OUT front in Harvey says “Really Reduced.”

It includes the brewery, which was a hefty investment, along with the building on nearly an acre of land.

Some of the neighborhood restaurants and bars around Marquette have been struggling in recent years but if you’ve got a little spare change in your pocket and you’ve got a hankering to brew beer and a knack for making good food, mosey on out to Harvey with your realtor. 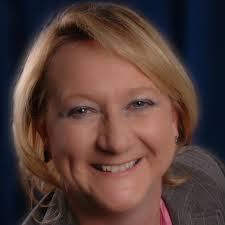 “I know this is where God is leading me,” she says.

Her colleagues know her to be religious, though she’s never pressed her views on them. Still, this comes as a surprise from a woman who’s been a mainstay on morning TV for the last two decades. The TV 6 Morning News ratings have been enormous, and Vicky’s as responsible as anyone for that.

She’s still got interviews and theology courses to complete, along with licensing, but she’s confident and excited about the eventual transition.

Interesting coincidence: Remember Bill Roth, the former morning meteorologist, a co-anchor with Vicky? He, too, made the transition from TV to the clergy. He’s now a parson in Indiana. 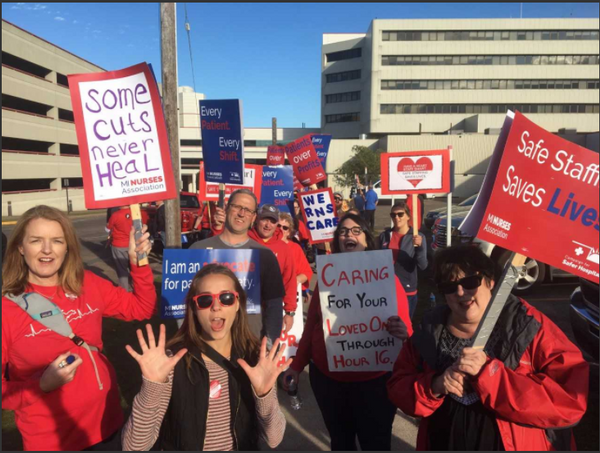 “NOTHING MUCH HAS been accomplished. It’s been really frustrating.”

Those are the words of Scott Balko, one of the negotiators for the nurses in their ongoing contract talks with UP Health System. The negotiations have been dragging on since April. More are planned for January.

The key issues for the nurses remain staffing and overtime. They claim the hospital hasn’t hired enough nurses which means many of the current employees have to work unreasonable, mandated overtime. The hospital claims there’s a nursing shortage nationwide. The nurses have countered with this suggestion: Raise the wages and you’ll attract more of them to Marquette.

Asked if he can point to any specific issue where they’ve made substantive progress over these last eight months, Balko hesitates, then says, “No.”

Makes you wonder what they’re talking about.

“There’s always the potential for another walkout if we don’t make any progress,” Balko concludes. 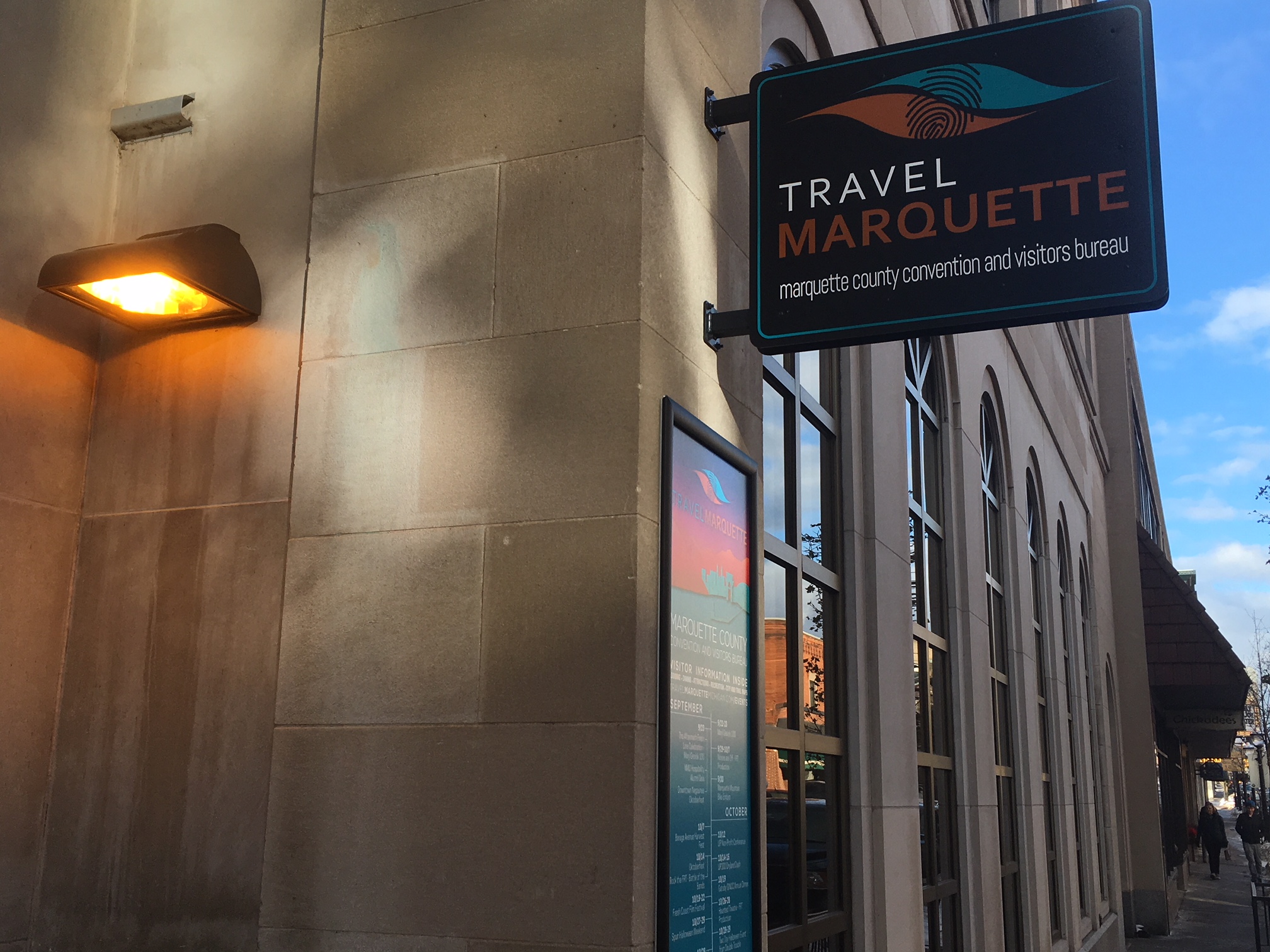 A month ago, in a phone call to the agency, we were informed that Young had left her position. Resigned. Without public notice. No reason given. She’d simply left without the traditional “Thanks for all the good work you’ve done” goodbye.

Well, she’s back home in Garden (on the Garden Peninsula), planning a new UP-wide venture, and she sounds upbeat.

She’ll provide only a hint of what happened prior to her departure.

“Sometimes it’s difficult to keep an entire board (the Convention and Visitors Bureau) happy with your work,” she explains, “but I have nothing but the best wishes for them and Travel Marquette. I think we left Travel Marquette and the entire community in a good place.”

Michelle Cook, the chairwoman of the CVB Board, says they hope to have a new executive director hired by February. 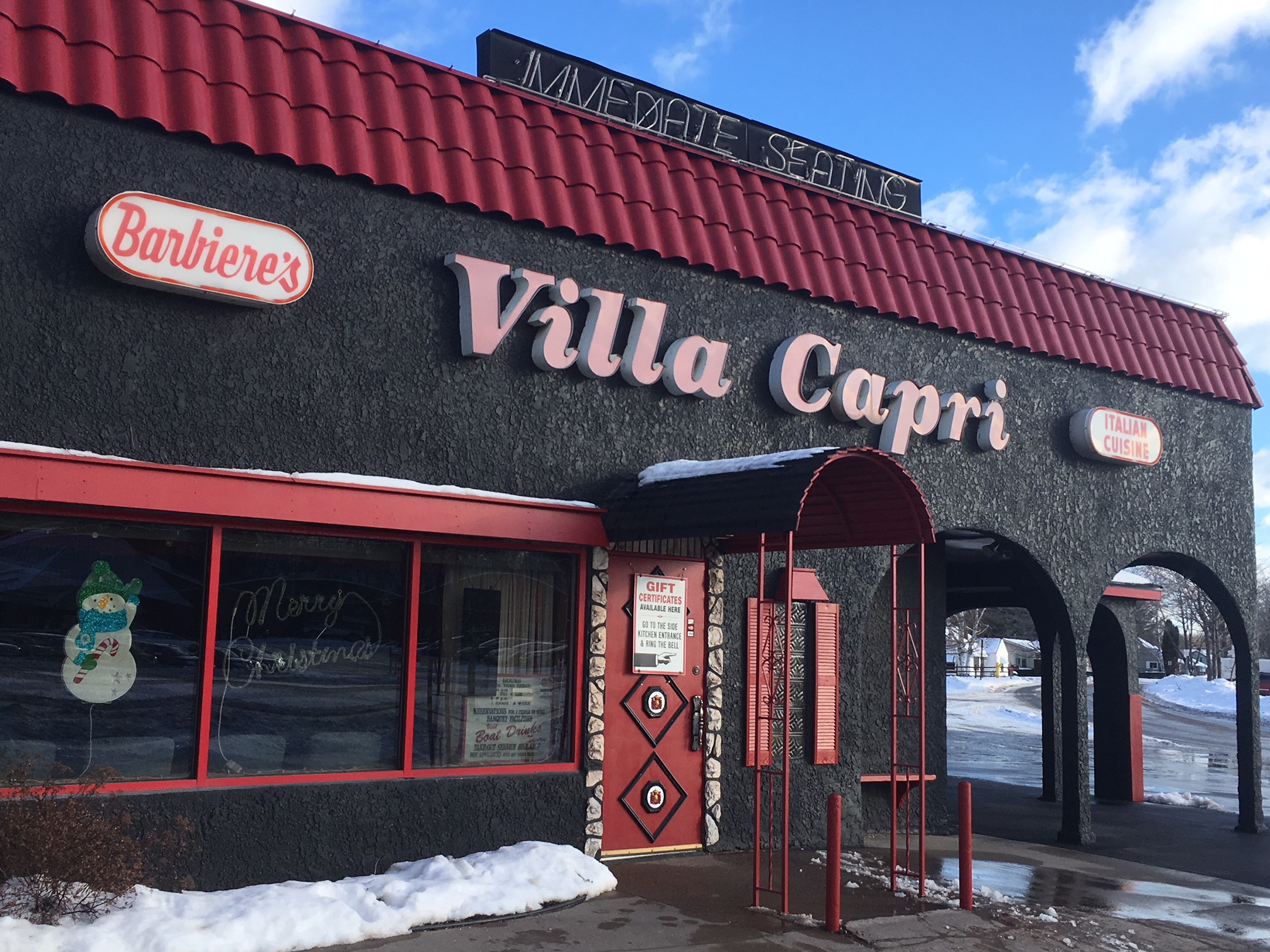 NICE WRITE-UPS for a couple of local favorites by MLive, the statewide digital news website.

The Villa Capri was listed as one of “32 Must-Visit Italian Restaurants” in Michigan.

Quoting: “…the Villa Capri is a throwback, especially when you consider the red walls, red checkered tablecloths, and bargain prices…

The number one Italian restaurant in the state, according to MLive? Trattoria Stella in Traverse City.

Major Oversight by WOTS: It’s come to our attention that Casa Calabria was also listed among the Top 32 Italian restaurants in the state.

Family-owned, renowned for their steaks, lasagna, and garlic bread.

Our apologies to the Casa. We weren’t paying attention. 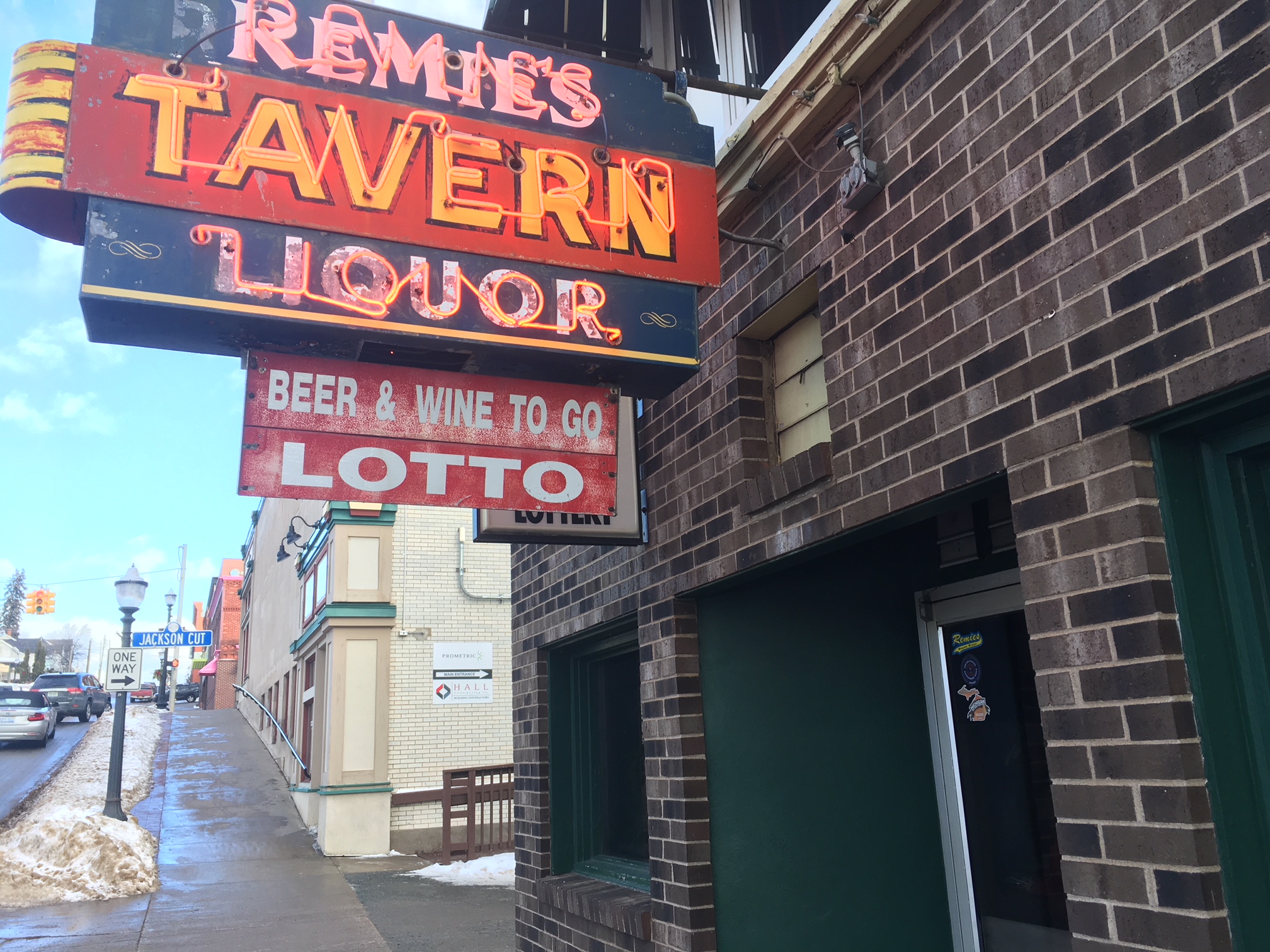 THEN THERE’S MLive’s tribute to Remie’s on Third Street.

The author pays homage to the bar’s history–it’s been around since 1934–and to its sizing options for its drinks. They offer small, medium and large for both beer and cocktails.

Quoting: “Yep, that is a cocktail made in a 32 ounce container, also known as ‘Remie’s Big Cup.'”

They offer more than 100 different cocktails. One of the best-sellers is….(Warning! Mature Audiences Only)…. “Sex on the Pool Table.” 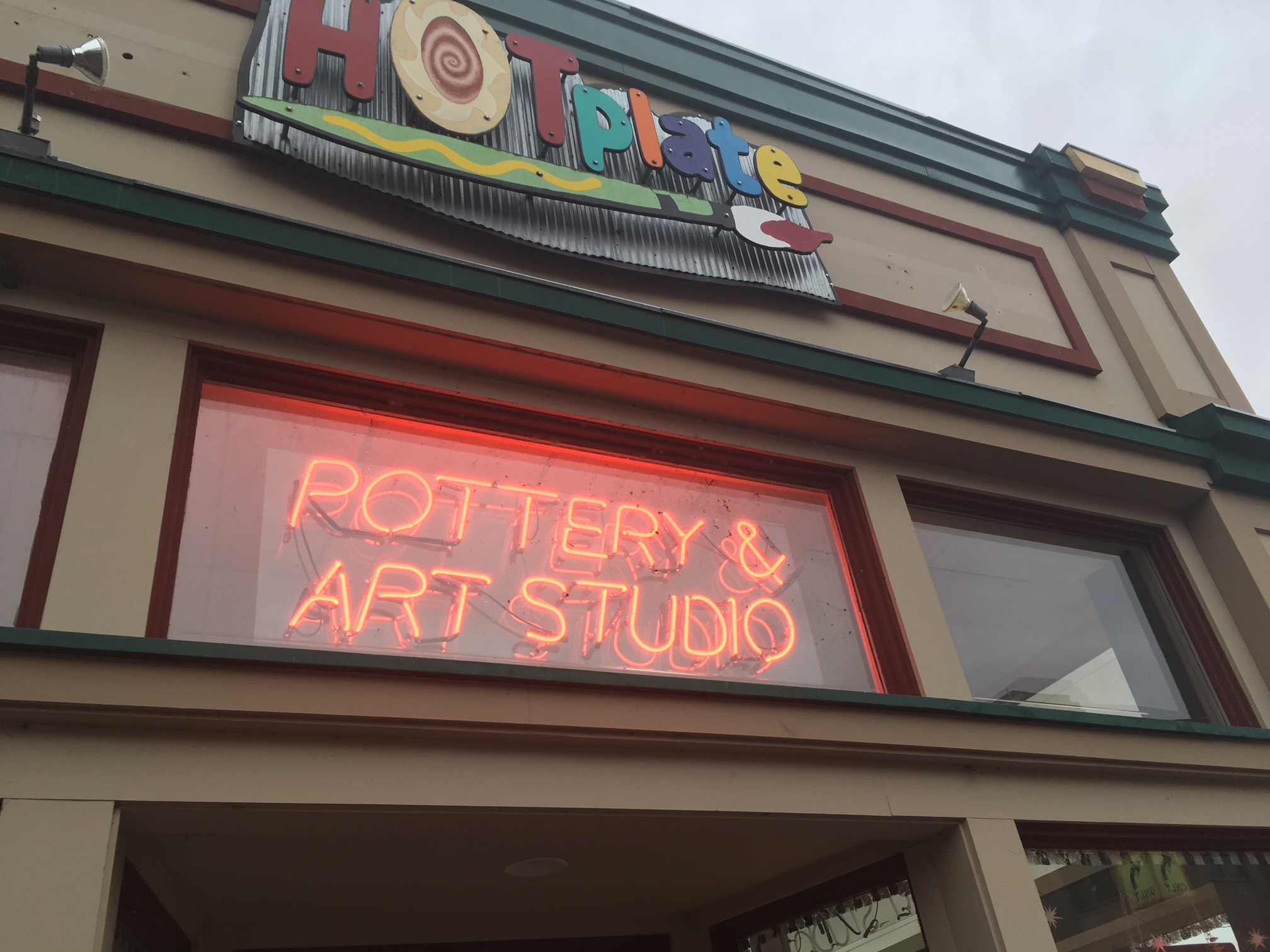 WE CAN NOW disclose the identity of the person buying Hotplate. She’s Melissa Sprouse. She gave notice to her current employer, NMU, a couple of days ago.

She’s got a Bachelor’s degree in Fine Arts from NMU and also a Masters in Public Administration.

Why the sudden and somewhat risky change from a solid university job to shop owner?

“It was too perfect to pass up,” she tells you. Financing is coming from Northern Initiatives, which has made a name for itself over the years by lending money to small businesses throughout northern Michigan.

Sprouse will officially assume ownership of Hotplate next month when the deal is finalized.

Oh, she’s also got a little something else on her plate these days. She recently gave birth to a baby. And yes, she’ll be bringing her baby to work with her.