POWER TO THE people.

That may be the lesson we’ve learned from the recycling controversy in Marquette.

Remember back more than a year ago when we suddenly discovered that our glass containers weren’t being recycled even though we thought they were? They were just being tossed in the landfill because, as the Marquette County Solid Waste Management Authority told us, there was no viable market for recycled glass.

Well, check back more than a year later, and here’s what the Authority has decided to do. It’s going to transform its plant into a single stream facility (allowing residents to combine plastics, metals, cardboard, paper, etc into one container) AND   it will have a facility that will process and repurpose glass.

You asked for it, and you got it.

“We knew we had to look at things differently,” says Brad Austin, the director of operations for the Authority. “And the glass issue was a springboard to making the changes.” 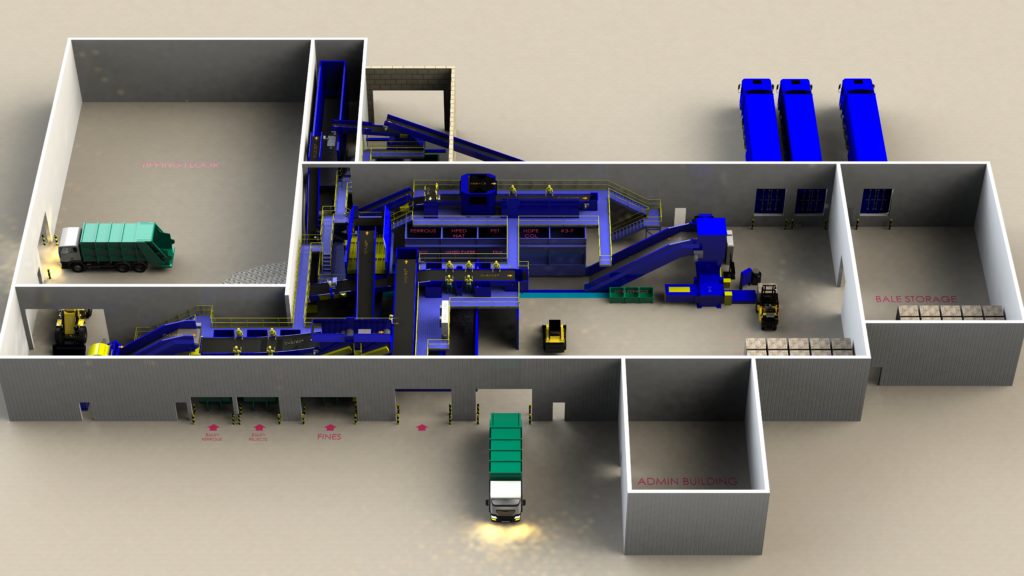 The layout for the new single stream Solid Waste Management facility, ready by fall of 2020.

Cost? Six million dollars. The state will help out with a a grant, more grants may be on the way, and the rest will be funded by loans, including one that’s interest-free.

Austin says the new plant should be in operation by fall of next year, and he sees it as a regional facility, collecting recyclable items from the throughout the UP. They’ve even come up with a new brand–Recycle 906–designed by Yooper Shirts.

“We want to process as much as we can,” Austin says. “We’ve talked to the haulers throughout the UP and they’re interested. And we need more outreach, more education, more participation in recycling. We think we’ll get it. It’s been a journey for us, but it’s been exciting.”

It’ll be up to the 23 different municipalities in Marquette County, along with others in the UP, to determine how and when the recyclables, including glass, will be picked up. But, with single stream, it’ll be easier than ever, and starting next fall, we’ll know that our glass discards will not be buried in the landfill.

They’ll be processed and repurposed.