Reports of a Sale in the Works for Marquette Mountain, and a Cozy, Tasty Getaway in the U.P.

Nothing is signed yet

WE’VE HEARD THE rumors before–Marquette Mountain is going to be sold. Didn’t happen.

We’ve been hearing them increasingly for the last few months, and now come reliable reports that yes, there is an interested buyer with local ties, and negotiations are underway.

But the deal has not closed yet, and no one in any official capacity is saying anything. We checked with Marquette Mountain management: no comment. We made an inquiry with the office of Marquette Mountain owner Pete O’Dovero. No response yet.

So we’re left with reliable reports from people we trust.

Could the deal fall through? Absolutely. The ski hill was nearly sold a couple of years ago but the deal fell apart at the last minute.

The negotiations come at the start of one of the most promising winter seasons at Marquette Mountain in recent years. Early, heavy snow, an early opening date, new and refurbished equipment up and down the hill, an energetic and determined young general manager, increased morale among the employees.

Not only that, but O’Dovero and management at the Mountain seem intent on making it a year-round destination and entertainment venue, with increased emphasis on mountain biking, volleyball, weddings, special events, and dining, as well as skiing and snowboarding.

Lots of potential there, waiting to be realized. We’ll await official comments.

As for the Mountain itself, it’s now open six days a week (not Mondays). One lift–Rocket–is open, climbing all the way to the top. A second lift–Snowfield–is expected to open next Friday.

And the snow keeps coming down. 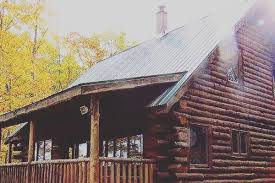 A foodie’s delight in the middle of a forest

It’s called the Milkweed Inn, a rustic little B and B in the Hiawatha National Forest between Nahma and Munising Townships. Tough to find but apparently a treasure when you get there.

It was opened last year by renowned Chicago chef Iliana Regan and her wife Anna. There are only a few structures on the 150 acre property. A maximum of ten guests at a time. They bunk in either a cabin, an Airstream or a tent. Glamping. Open from May through October and only for stays from Friday afternoon through Sunday.

The big attraction, aside from the quiet, solitude and forested beauty, is the exquisite food prepared by Iliana Regan. Her cuisine has been described as “New Gatherer.” She forages for locally grown and produced foods, and then creates magic.

Clearly, it’s not for everybody, but for some, it sounds like a dream getaway.