THAT GOFUNDME site for restaurant workers has finally closed down.

Final tally? More than $17,000 raised from more than 230 donors, benefitting at least 250 local restaurant, bar, and coffee shop workers who were laid off by the governor’s shutdown of non-essential businesses.

Sixty dollars cash has been sent electronically to each of the workers…and the extra that’s been collected in the last few days will either be sent to those who signed up early or turned over to a food bank.

Anne White, who with her partner Scott Anderson, is converting the old Nordic Theater into a distillery, started the campaign a few weeks ago with the goal of raising $10,000 to help the laid-off workers.

Needless to say, it was highly successful. The community was generous.

In a very real sense, it was a redistribution of wealth at a critical time. Those that had a little extra were able to give it to those who needed it most. 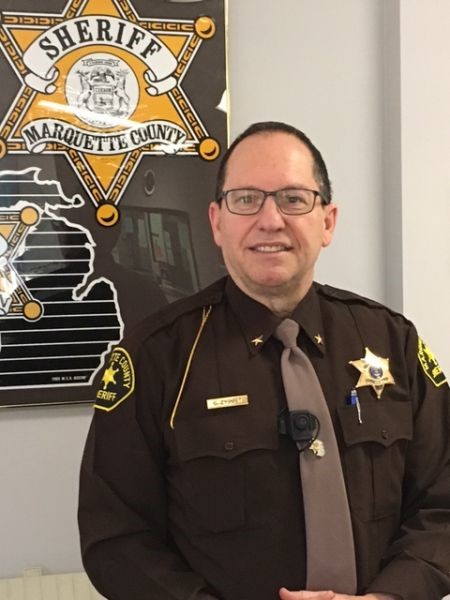 “The inmate numbers are way down,” he says. “We talked to the judges and the jail administrator and decided to let anybody out who wasn’t considered a threat to the community.” In other words, anybody who hadn’t committed a violent act was released.

As a result, as of Friday, only 42 inmates were housed at the county’s two jail facilities. Normally, the population would total about 120. The charges against the released inmates stand, of course. It’s just that they won’t be detained in jail during the crisis.

All inmates are having their temperatures taken, and arriving inmates, for now, are being put in a 14 day quarantine, isolated from the other prisoners.

Three other technological measures taken by the jail system are helping prevent the spread of COVID-19:

As for overall crime in the community, Sheriff Zyburt says it’s down for now. He fears that it may pick up, though, if economic conditions worsen, and people–drug addicts in particular–become more desperate. 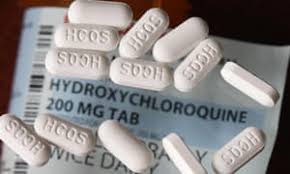 OUR REPORT ON the antimalarial drug hydroxychloroquine a few days ago caused a bit of a digital firestorm.

“I wasn’t surprised by the tone of some of the reaction, but I have to admit I was a little surprised by the sheer volume of it,” says Spencer Stang, the CEO of Stang Decision Systems. In the story, he essentially said that, statistically speaking, it looked like the controversial drug (repeatedly touted by President Trump) was proving to be a beneficial treatment for COVID-19 patients.

His analysis brought out more than 200 comments on Facebook and more than 70 on the WOTS site.

And the comments were mixed and occasionally vehement. Understandable. It’s a controversial subject during a national crisis, overlain, unfortunately, by a sometimes toxic partisan divide.

For the record, Stang never suggested that victims should start popping these pills–which are still unproven and available only by prescription; he just suggested that we, as a society, should be giving the treatment serious consideration regardless of how we might feel about it politically. Even if the drug had not yet undergone rigorous scientific scrutiny.

Stang’s own motivation for researching hydroxychloroquine was very simple: as the crisis worsened, he was thinking about his own family. If something happened to one of them, he wanted to know his options. Was there  a medicine out there that might save a family member’s life?

Several studies are now being conducted on hydroxychloroquine–its effectiveness and its side effects . We can all hope that preliminary results, at least, will be known soon…and we’ll learn whether the drug is highly effective…totally ineffective….or something in between.