An interesting development on the marijuana front in Michigan. A Russian corporation that’s flown under the radar has bought up four marijuana dispensaries in the UP over the last six months. Two of the stores are in Marquette County. The company is also in negotiations to buy three other stores in the UP as well as a handful of dispensaries south of the bridge.

The company, Dumschitkov Enterprises LLC, is a subsidiary of Dumschitkov-Bulschitski Global, based in Leningrad. The parent company’s revenue in 2019 totaled more than $23 billion. 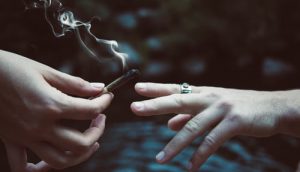 The information has come to light in a recently published piece in Probe, a British investigative journal, by the award-winning Russo-British reporter Will Lyemyassov.

“Dumschitkov is an ambitious and ever-expanding business,” Lyemyassov writes. “In Michigan and in other parts of the United States, it appears to be trying to corner the market on marijuana sales.”

Lyemyassov, who conducted extensive research on the company, also reports that Dumschitkov has recently bought a string of gentlemen’s clubs and souvenir stores in Florida, and at least three massage parlors in southern California.

Robin Yewbleind, the company’s vice president for sales and marketing in Great Britain and North America, confirms that Dumschitkov is expanding its holdings in the US.

“When we see opportunities for growth, we are very interested,” she says. “We love what we’re seeing in the state of Michigan, particularly northern Michigan-the upland peninsula. We will definitely be expanding our footprint there.“

She says the Russian company has provided jobs for more than 1500 employees in the US. She also indicated to us that Dumschitkov has plans to purchase several plots of land—from 2 to 40 acres—in the UP where they intend to grow cannabis.

“We’re certainly concerned when a foreign entity is buying several American businesses,” says Bea Waire of the Michigan Marijuana Regulation Bureau (MMRB). “But we’ve done our due diligence on Dumschitkov, and every indication we have is that they are entirely legitimate.” 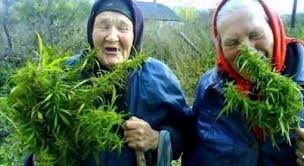 The American Marijuana Federation, which lobbies for marijuana businesses throughout the nation, welcomes the infusion of Russian investment into the U.S.

“Dumschitkov is a savvy, well capitalized business with an enlightened view toward marijuana legalization,” says Maurice (Mo) Munney, the executive vice president of AMF. “They’re bringing money into the U.S., they’re providing hundreds of jobs, and from what we’ve seen, they produce only high quality marijuana. What’s not to like?”

One possible red flag, according to Lyemyassov, the investigative reporter: Dumschitkov-Bulschitski Global has run afoul of governments in four other countries—namely Uzbekistan, Ukraine, Hungary and Poland—where the company has been banned from doing business. The charges? Corruption, tax evasion, bribery, arson, and in one case—in Uzbekistan—murder.

Ms. Yewbleind scoffs at the charges. “That’s—to use a  term that you Americans are fond of—fake news. Scurrilous. We’ll be taking Mr. Lyemyassov to court.”

The first annual Presque Isle-to-Lower Harbor Fun Swim gets underway on Saturday at 8 am. Organizers are disappointed that only two intrepid participants have signed up so far. There’s still time to test your skills! Wet suits will be allowed, and facial masks will be required for swimmers over the entire 2.3 mile course to protect against COVID infection.

And Sunday will be the day for young folks to show off their spelling prowess. It’s the second anual Marquette Spelling Bee for seventh and eihgth graders. Entry fee for the kids is $25. All proceeds to be donated to the Marquette County Dylsexia Society.