AFTER ALL WE’VE GONE THROUGH with the pandemic, and all the changes we’ve made in how we connect with each other… we’re still shaking hands.  The custom is so ingrained in our routine, particularly among the “firm handshake” crowd, we’re having a hard time giving it up.

Give it up you say… entirely?  That sounds extreme, but maybe not a bad idea.   There’s research that shows you actually spread more germs by shaking someone’s hand than you do from kissing them.  (Other implications were not included in the research.  You’ll have to do your own.)

The suggestion here isn’t to exchange kissing for the handshake, but rather to come up with a different way to convey the message altogether, whether we’re offering a greeting or sealing a deal.  Instead of swapping sweat with someone who may not have recently washed that hand, how about a simple, respectful nod?  It accomplishes the same thing… recognition and agreement, without the transfer of a deadly disease.

You don’t like the nod?  Another popular alternative is the fist bump.  Research also shows that knocking knuckles transmits just one-twentieth the amount of bacteria than a handshake. Aside from the occasional digital laceration caused by a bloated diamond ring, it’s fairly safe.

It’s also a better option than the high five, which still spreads less than half the amount of germs typically spread through a handshake, according to a study published in the American Journal of Infection Control. 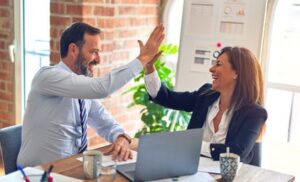 You would think with all we know about variants, those here and those on the way, we’d be ahead of the game on this.  Yet, even though we cloak ourselves in layers of PPE, we still acquiesce to a proffered open palm.

The handshake has been around a while.  Illustrations of it are found on artwork from thousands of years ago.  The intent behind the gesture was to express peaceful intentions, regardless of the heat you were packing.  Both still apply today. 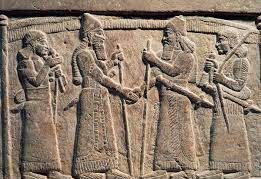 Though President Obama gets credit for popularizing the fist bump, there’s the claim that it was actually started by, or because of, now retired Montreal Expos baseball star Vladimir Guerrero.  Guerrero had an aversion to the use of batting gloves, so he came up with a novel, somewhat distasteful method to toughen his hands.  He soaked them in his own urine.  On purpose.

Well, game-winning home runs be damned… the guys in the dugout were, no surprise here, hesitant to slap palms with the tinkle-tainted star… and the fist bump was born. 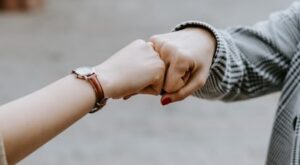 The origin of the high five is tougher to nail down.  A couple different ballplayers from the 70’s are given credit for “inventing” it, but being that the time was pre-phone cameras, it’s all arguable.

And even though he may not have been the first teammate to elevate his hand from waist high to above his head in order to celebrate a good play, there’s the suggestion that Magic Johnson was the guy who took the high five mainstream.  That sounds about right. 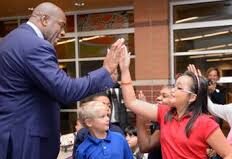 If we must have an actual physical connection, the fist bump appears to be the least perilous.  David Whitworth, the author of the study on our handsy habit says, “It is unlikely that a no-contact greeting could supplant the handshake; however, for the sake of improving public health we encourage further adoption of the fist bump as a simple, free, and more hygienic alternative to the handshake.”

It looks like he doesn’t think my nod idea will ever be enough to satisfy the social order.  He may be right, but even his recommended closed-fist contact can be awkward, particularly when the protocols aren’t well-defined.  Are we bumping?  Are we shaking?  Are you Vladimir Guerrero?

Though hugs and kisses are better shared via emoji, they still have a place in the real world, pandemic or not.  While an outstretched hand is often enough, there are times when a gentle hug and nuzzle is what’s required.  You’re not gonna just shake hands with that dear friend you haven’t seen since the last reunion.  You’re not an animal. 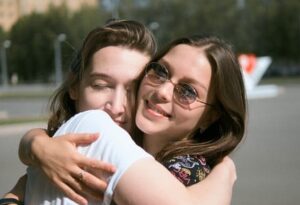 Have we settled anything?  Probably not.  Old habits die hard, and the handshake has been around about as long as hands.  If a highly contagious deadly disease doesn’t get us to change our ways, it’s likely nothing will.

But, if someone refuses your offer of this heretofore benign greeting, don’t take it personally.  They’re understandably concerned about the risks involved with the avoidable exchange of 21st century cooties. They’re probably just trying to survive.  Or, they think you might be… Vladimir Guerrero.