A CONTROVERSY BREWING over signs in downtown Marquette.

The planning and zoning department has been telling some building owners that their tenants–the merchants–have too many signs. Too much square footage on the outside of the buildings and too much in the windows. (An artistic design in a window is considered a sign.)

The businesses are in violation of a city ordinance that frequently has been ignored, but now they’ve been ordered to eliminate some of the signs.

“We didn’t write the ordinance,” says Dave Stensaas, city planner and zoning administrator. “We just enforce it.” He says some businesses have regularly failed to get permits for the extra signs.

“I believe in sign ordinances,” replies Tom Vear, the co-owner of Donckers and the Delft Bistro. “But they have to be reasonable, and the city should be working with merchants and property owners.”

Everyone agrees we don’t want downtown to look garish and trashy, but we don’t seem close to that, do we?

There’s gotta be room for compromise here. Stensaas, himself, agrees the sign ordinance, especially as it pertains to windows, should be revisited. Maybe revised. 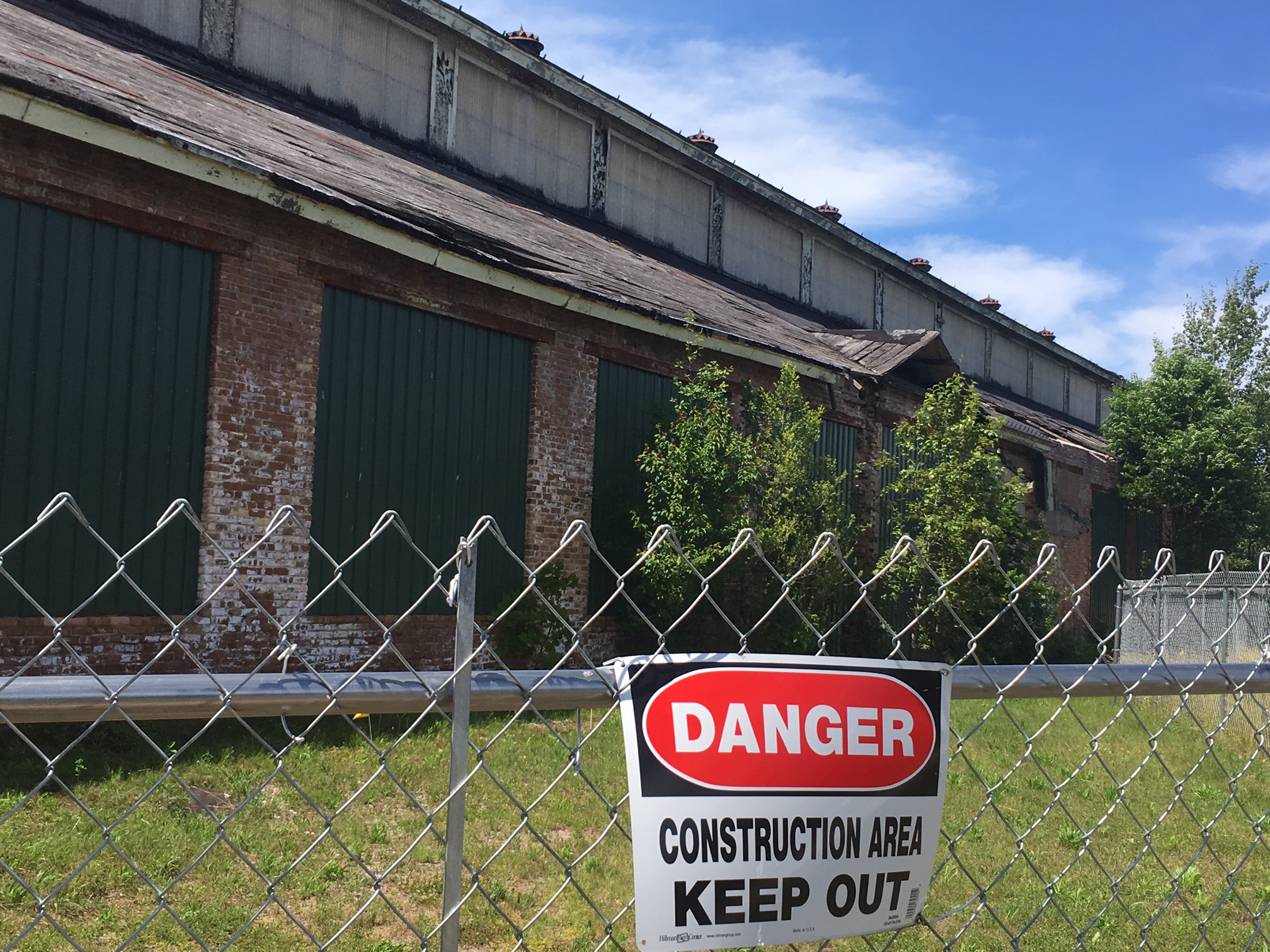 LOOKS LIKE THE old Engine Works building on Lakeshore Boulevard is coming down.

A Chicago investment group had been hoping to convert the structure into a retail shopping outlet or perhaps a residential development, but apparently it wasn’t proving feasible.

The city has long considered the building a safety hazard and just recently issued the developers an ultimatum–fix it or tear it down immediately.

The demolition is scheduled for later this month. What will remain is a valuable piece of vacant property just across from the beach. 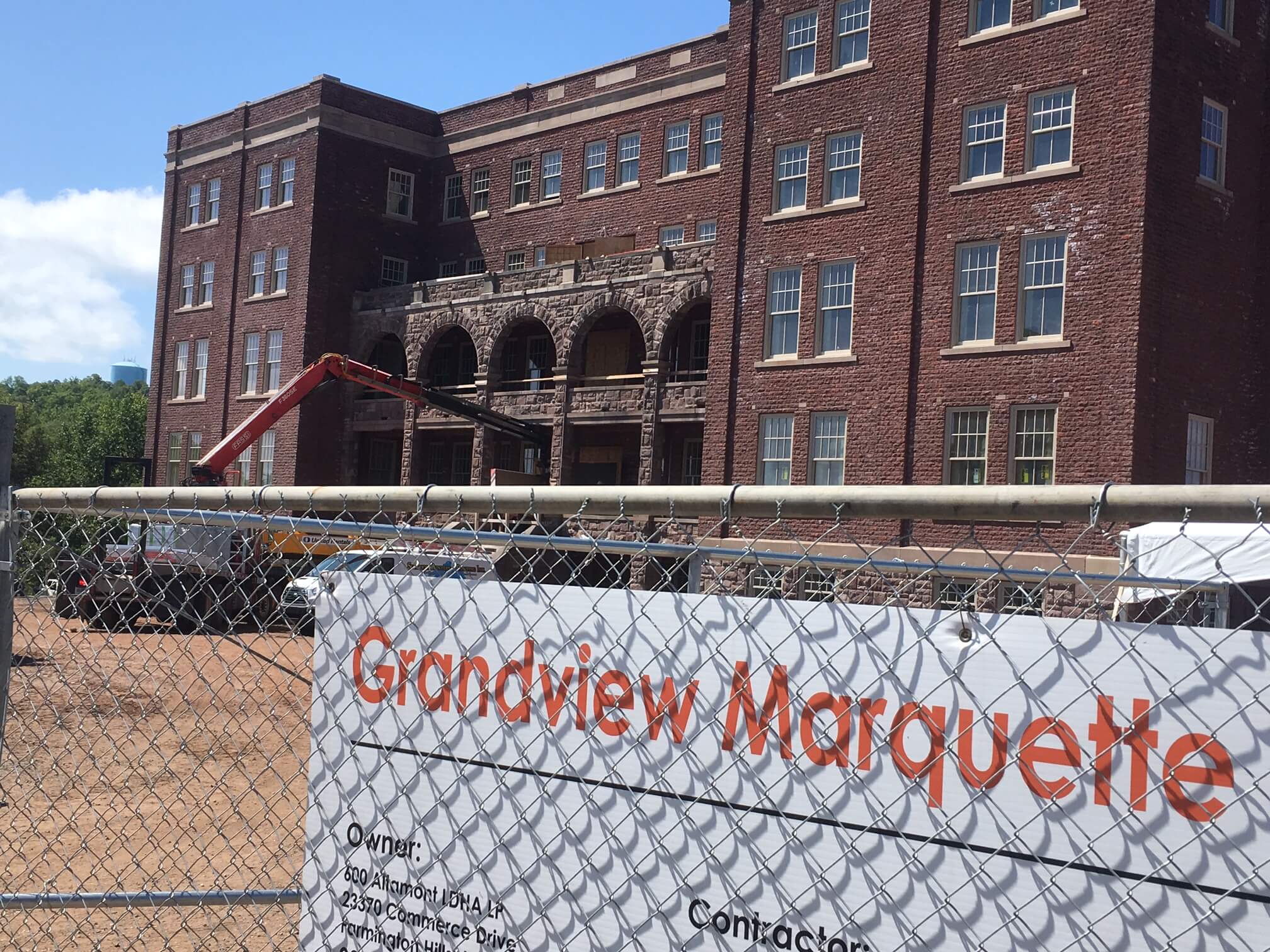 STILL PLENTY OF vacancies at the Grandview Marquette, the soon-to-be completed apartment complex in the building once known as the Orphanage.

But Amy Lerlie, the executive director of Community Action Alger-Marquette which will manage the Grandview, says the openings are for just the two and three bedroom apartments. They have more than enough applications to fill the one bedrooms.

They’ve received more than 60 applications so far for the 56 unit complex. The housing is subsidized, based on income. They’re still accepting applications.

Move-in date, Lerlie expects, will be in October.

DUKE LIFEPOINT MAY be spending $300 million to build a new hospital in Marquette, but its financial health looks strong.

That’s the report from the Becker’s Hospital Review, an industry publication.

Quoting: “…After factoring in expenses and a $21.8 million reduction in year-over-year income tax payments, LifePoint ended the second quarter of 2017 with a net income of $46 million, more than double its net income of $20.1 million in the same period of the year prior…”

As for DLP’s UP Health System’s new 265 bed hospital here–due to open next year, its financial success will depend heavily on the hospital’s ability to keep local patients from leaving the U.P. for their medical care.

It’s been a challenge until now. 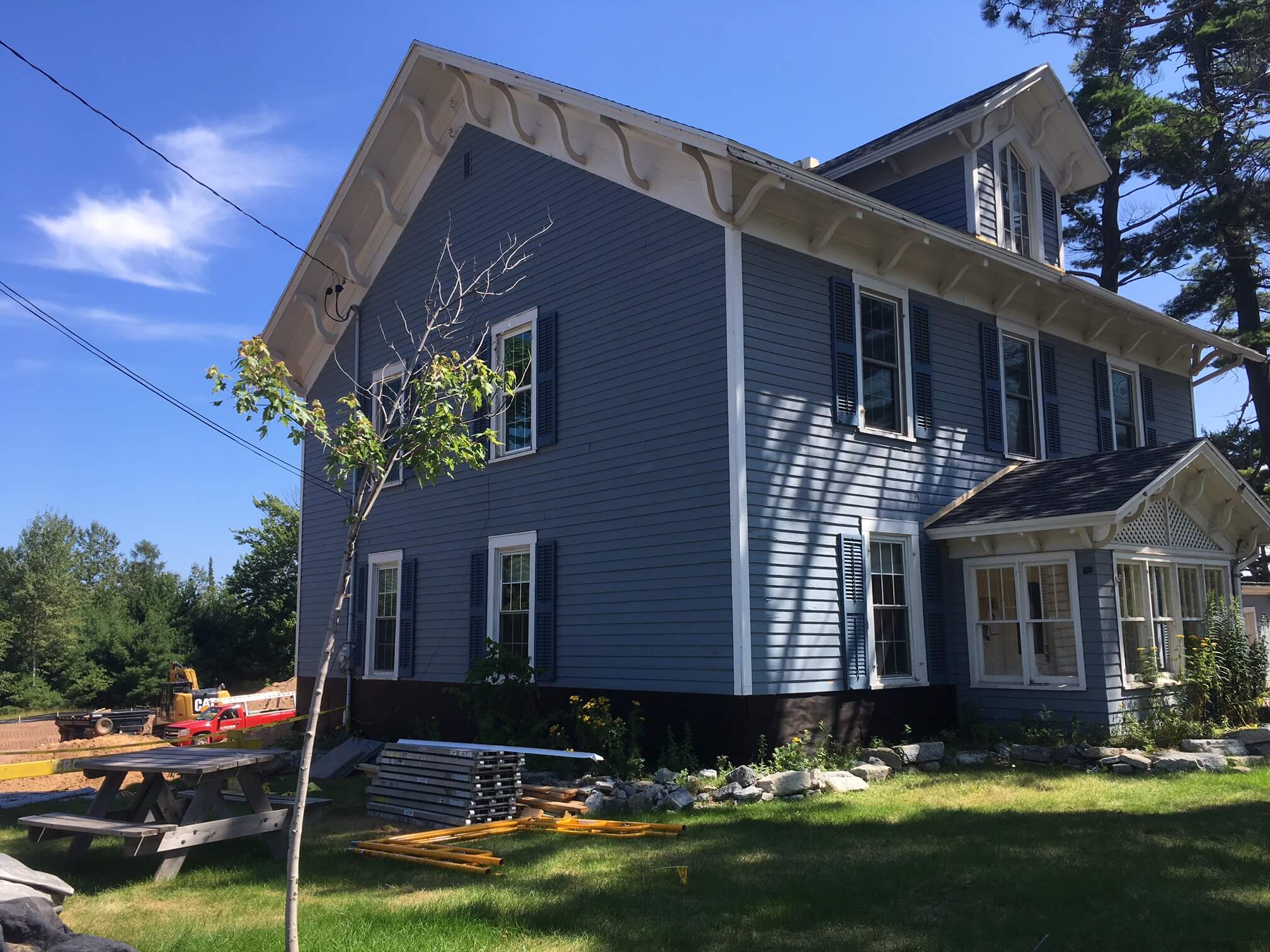 A big construction project is underway in Harvey at the Bayshore Veterinary Hospital.

Here’s what owner and veterinarian Tim Hunt is doing. He’s restoring the current office and hospital back to its original shape and style. It was built in 1857 and was known as the Harvey House.

That building will become the reception area on the first floor, and the headquarters of Dr. Tim’s Pet Food Company on the second floor.

Adjacent to the restored building will be a brand new, two story, 6500 square foot hospital, in roughly the same architectural style, Hunt says.

Why the expansion? Too much business in very tight quarters. Bayshore now has three vets and 18 employees. Once the construction is completed next March, Hunt expects to add more employees. 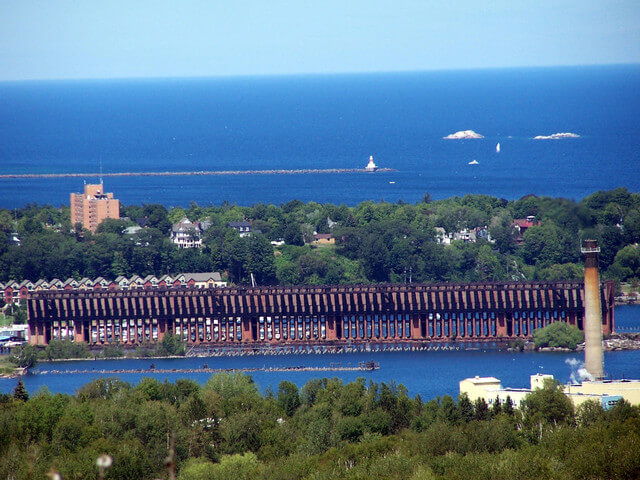 WE’VE GOT LOTS of choices for where to get our weather forecasts. And Lord knows, we love our weather here.

One of the lesser known sources for forecasts but one that focuses primarily on Marquette itself–not Negaunee or Sawyer–is marquetteweather.com.

It’s run by John Wright, a local web developer with an intense interest in weather. It’s an ad-free, nonprofit community service. He’s been at it for a couple of years.

It’s detailed, comprehensive, and mobile-friendly. Weather nerds will love it.

Is it as accurate as Karl Bohnak or the National Weather Service? Don’t know. But it is nice to know we have choices, and that this one is hyper-local.