Smoking? Or… NO Smoking!

The old “smoke ’em if you got ’em” maxim isn’t heard much anymore, mainly because there are very few places that will allow you to smoke ’em, whether you’ve got ’em or not.  One exception is the Keweenaw Bay Indian Community’s Ojibwa Casino in Chocolay Township.  Along with the tribe’s other facility in Baraga, they still allow smoking in designated gaming areas.

Why?  With all we know about the negative health effects of smoking, that’s a good question. For one thing… they can.  Because of their long-standing autonomy from a variety of state and federal regulations, they’re able to set some of their own rules.  With that door open, back in 1983, Indian gaming got its unofficial kick-start when tribal leader, the late Fred Dakota, set up a blackjack table in his Baraga County garage and claimed the right to do so, under the same autonomy that’s still in play today.

In addition to that, casino operators will also tell you they allow smoking because many of their patrons like to smoke.  That’s understandable, and no surprise.   It’s not out of character for someone willing to gamble with their money, to also gamble with their health.

Indeed, a scan of the room will tell you that a sizable contingent of casino patrons like to smoke while they play.  What that doesn’t tell you is how many non-smokers would show up if they knew they wouldn’t be subjected to a palpable haze of second-hand smoke. 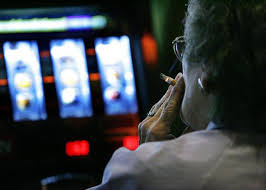 Although smoking is banned in just about all public places statewide, Michigan casinos remain an exception.  Currently, most allow smoking, somewhere in their confines.  Locally, however, the Island Resort and Casino in Escanaba does not allow smoking.

According to the Centers for Disease Control and Prevention, less than 15% of American adults smoke.  That means, if our math is correct, that more than 85% don’t smoke. Certainly, non-smokers are welcome in the casino.  But ask almost any non-smoker if they like hanging out in smoke-filled rooms and they’ll probably tell you… no.  Allowing smoking puts the casino at odds with more than 8 out of 10 folks who might otherwise be inclined to ‘play the odds’ now and then.

It’s important to note that not everyone who frequents the casino is a smoker.  Or, for that matter, a gambler.  The Ojibwa Casino, since its complete remodel a few years ago, features food and drink and frequently schedules live entertainment for their pocket stage area, just off the sleek, circular bar.  And hopefully, sooner rather than later, their event center and in-house Marquette Tavern will begin welcoming guests.  According to a casino spokesperson, due to the ongoing pandemic, they’re using an abundance of caution before they bring in the larger crowds.

The point is, you don’t have to be a smoker to enjoy what the casino has to offer… including gaming.

So, here’s a suggestion to the Ojibwa Casino… ban smoking inside the building.  Like so many other businesses and entertainment venues have done, set up a nice area outside where smokers can light ’em up to their lungs’ content.  It’s not as if your smoking patrons will be offended, or even surprised, by your new rules.  It’s been years since they’ve been allowed to smoke freely, whenever and wherever.  They know the drill.

But you’ll lose business, you say?  No, you won’t.  That’s the same thing bar owners said when the statewide no-smoking rules went into effect back in 2010.  According to a University of Michigan study, the smoking ban has had “no statistically or substantively significant negative effect” on the bar and restaurant industry.  And anecdotal evidence would suggest that many folks found their way back to their favorite hangout, knowing they wouldn’t have to go through a hazmat-level deep cleaning just because they wanted to share some bar space with their buddies. 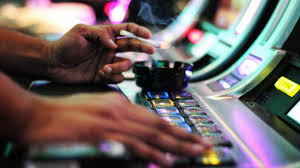 Native Americans, many of whom you employ, smoke at a higher rate… closer to 23%.  Allowing it on your casino floor does nothing to discourage tribal members, your youth included, from taking up the practice.  Our Surgeon Generals have been warning us for the past 50 years… smoking is about the worst thing you can do for your health.  According to the CDC, it’s responsible for more than 480,000 deaths per year in the United States, including more than 41,000 deaths resulting from secondhand smoke.

On average, smokers die ten years earlier than non-smokers.  Unless you’re running a funeral home, a business plan that enables the premature demise of its customer base conflicts with what we would consider “best practices.”  And the fact that it has even more negative impact on the Native American community should heighten your level of concern.

Granted, you have a state-of-the-art smoke mitigation effort in place, but there’s only so much you can do.  Allowing smoking only while gaming is a nice idea, but it doesn’t work.  It doesn’t stop the spread.  In fact, cigarette smoke is the very first thing you notice when you enter the building, and these days, that’s not the best first impression.

From the outside looking in, it’s important to note that the Keweenaw Bay Indian Community has done wonders to improve the lives of tribal members.  Casinos, often the center of tribal activity, provide employment opportunities for tribal members, and a revenue stream that helps finance things like education, healthcare, and plenty of other social services.   Casinos also contribute to the entertainment options available to area residents, and they’re a draw for the tourism industry, as well.

There are a lot of things to like about the Ojibwa Casino, but smoking is not one of them.  Fortunately, it’s an easy fix. 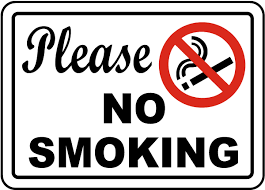