IT’S BEEN ALMOST six years, longer than most of us expected her to stay in the Upper Peninsula, but now TV6 anchor Sophie Erber is leaving the UP for the greener (as in dollar bills) pastures of Sioux City, Iowa.

“They made an offer I just couldn’t refuse,” she explains. “I wasn’t looking for another job. They just found me.”

She’ll become the co-anchor of the 5, 6, and 10 pm news at KCAU, the ABC affiliate in Sioux City. Sioux City is the 149th largest TV market in the county, Marquette is the 182nd. Larger markets generally pay more than small ones.

“We’ll miss her,” says TV6 GM and Vice President Rick Rhoades. “We’re lucky to have had her as long as we did. She really has fit into the culture here and she’s been embraced by the viewers.”

“From the start, she was all about community involvement,” says Steve Asplund, TV6 News Director. “She dove into community events and social events. And at work, she’s been very easy to work with. Always a positive attitude. We’re really going to miss her.”

She’s a Floridian who had to make a radical adjustment to the cooler climate of the UP and the much cooler waters of Lake Superior when she arrived. But she soon found herself snowboarding, hiking, camping, searching for waterfalls, picking berries, and working. Lots. 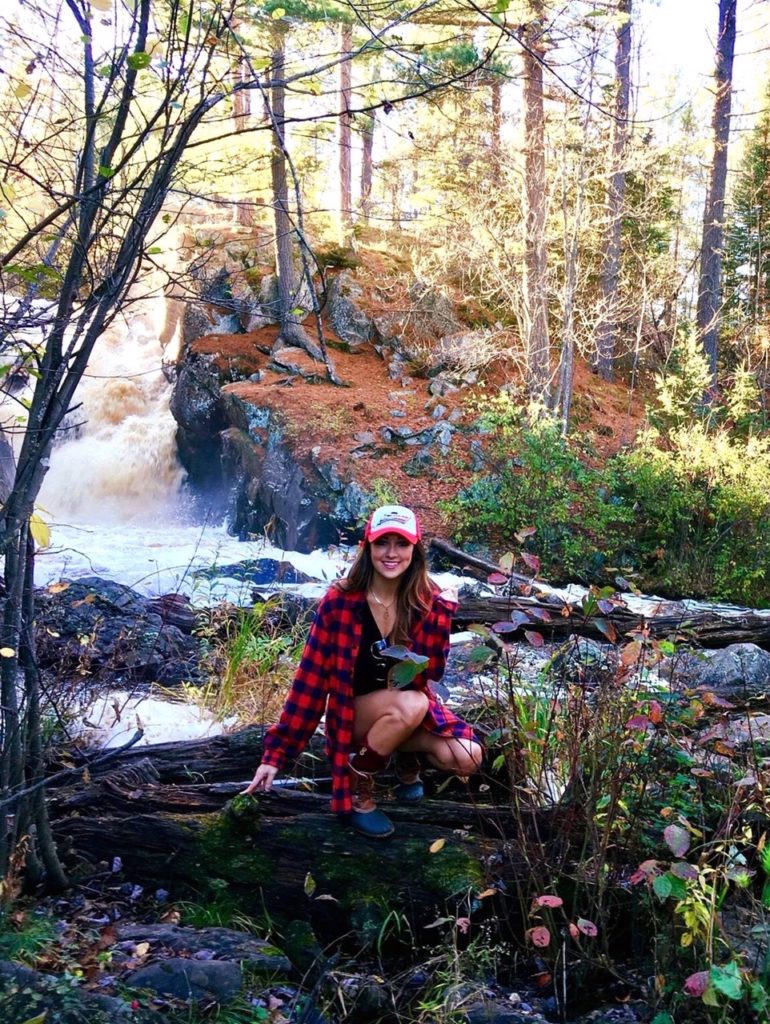 TV news jobs in small markets are not a place for slackers.

“I had a great experience here,” she says. “I worked hard, learned a lot from Greg Trick and Steve Asplund, who were great mentors, and I met a lot of good people. Now it’s time for me to move on, to grow in my career.”

So what does she know about Sioux City? Not much.

“I hear they have a Hard Rock (Hotel and Casino), good sushi, and a good music scene,” she says. “It think it’s an up-and-coming city, like Marquette.”

Her departure from WLUC, of course, leaves some big shoes to fill. So what’s the plan?

“We’ll be posting the job (advertising nationally that there’s an opening),” Rhoades explains, “but at the same time we’ll  be looking internally at possible candidates for her job.”

Internally…at whom? Sarah Blakely, the highly competent and likable morning co-anchor, would seem to be a logical choice, but Rhoades insists the new evening co-anchor won’t necessarily be a female. So….Andrew LaCombe, the other morning co-anchor and assistant news director, or Greg Trick, the longtime 7 pm and 11 pm co-anchor?

Rhoades says no decisions have been made yet. He’s expecting to have an announcement about the new anchor lineup within the next six weeks.

Still, there’s the work Erber did behind the scenes, off of the news set, that will need to be replaced. And Rhoades and Asplund would like to introduce a new news personality to the TV6 audience sooner rather than later.

Oh, one more item. Erber’s engaged to Ben Johnson, a Marquette guy. They’ve been going together for more than a year. And yes, Ben will be pulling up stakes to move to Iowa with her, and not only that, they may be getting married before the end of the year, if COVID-19 allows.

Ben’s got family here so that means they’ll both be returning regularly to get a refreshing, reviving dose of the UP.