Tom Dolaskie is a young man with a lot on his plate. He’s an indispensable part of a company that operates all over the world, and yet, by choice, he lives in his hometown of Munising. And now, with various businesses established and more on the way, he’s committed to pumping life back into his hometown.

BC: Were you born and raised in Munising?

TD: Yep, here in Munising. My mom was 17. I’m the oldest of the children. I have a brother and sister.

BC: What do you remember most about your childhood?

TD: Friends, family, sports. I played Little League, played basketball. Spent a lot of time with my grandfather. His retirement camp was south of town, 20 miles down Highway 13. I grew up in the woods, fishing, hunting. Not so much hunting. I don’t know exactly when it happened but I started taking my camera to the deer blind. That’s what I prefer to shoot with. I just love my memories of nature, the peacefulness of it.

TD: I lived out of town, ten miles outside of town. Mom worked three jobs, Dad worked full-time and did construction on the side. Getting into town for me was sometimes tough. We did a lot of outdoor stuff which was great–it’s a phenomenal way to grow up–but you form bonds with friends in those early years, and when I wasn’t in school, I didn’t see them much. 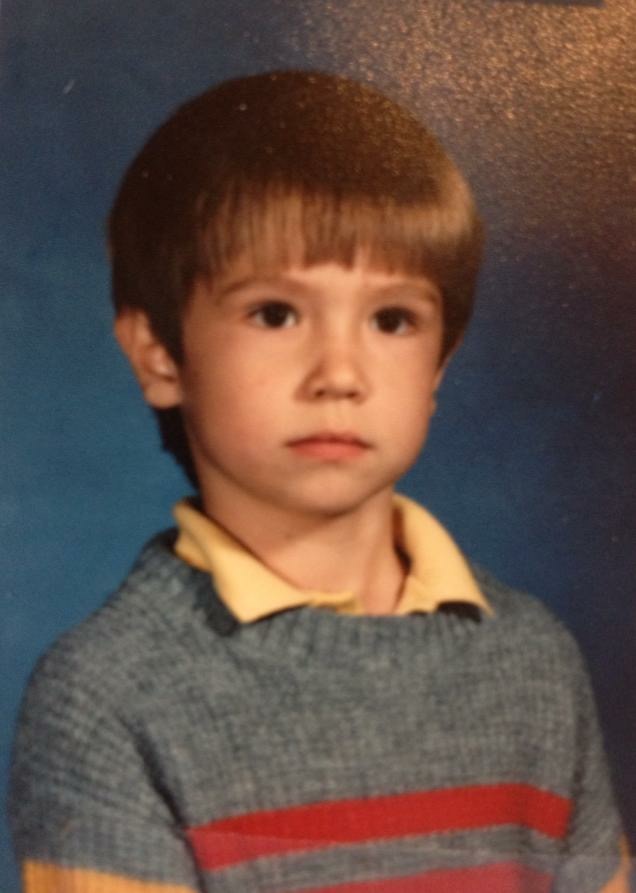 BC: Did you feel isolated?

TD: I wouldn’t have known that back then. It’s one of those things where I look back at it and realize it was definitely a benefit for me to stay out there, and I got to spend a lot more time with my grandfather.

TD: He was real. One thing he told me that resonated with me–and I held it with me through the military to this day–was to always analyze how man treats nature. Because when you see what a man does to something he has complete control over, then you know how he’s going to treat you. So I’m not going to be the kind of guy who ‘s just going to kill something just for the sake of killing something. But if I’ve got a squirrel tearing my house apart, I’ll shoot it, but other than that, I have no interest in manipulating the natural world other than observing and appreciating it.

BC: You graduated high school. Then what?

TD: I went straight into the Air Force, I was 17. My grandfather was Army Air Corps, my dad was Air Force.

BC: Did you see it as a career? 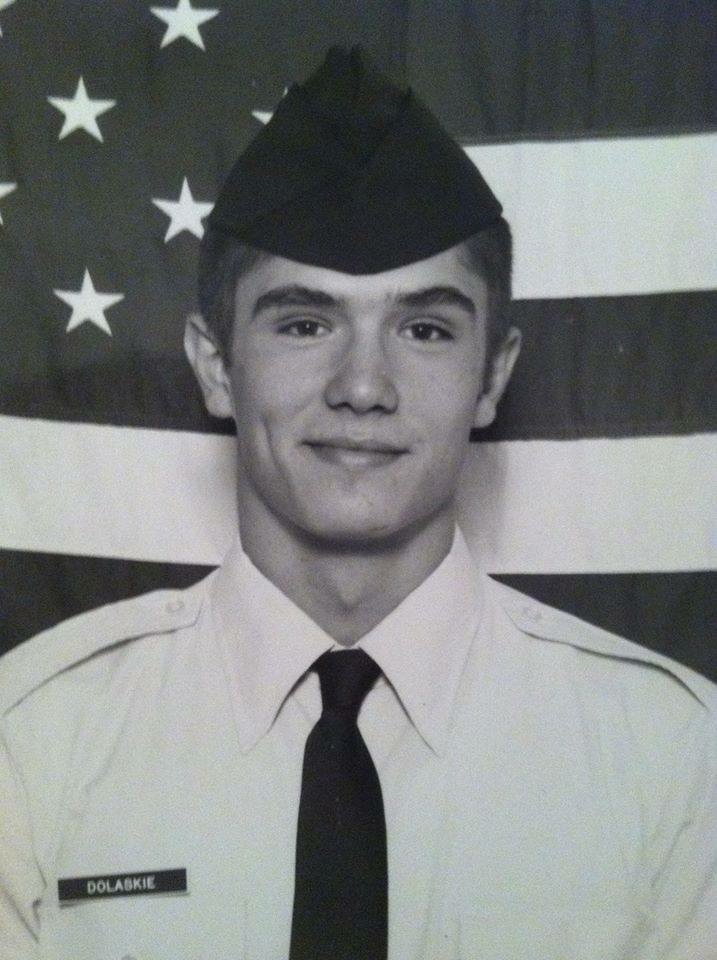 TD: I was naive going into it. I’d always been fascinated with flight–birds have always fascinated me. I thought it would be a kick-ass job so I went in the Air Force thinking I was going to fly. Of course, that’s not how it works. (He laughs). I ended up going through their electrical engineering training and I specialized in fiber optics night vision systems on gunships and rescue helicopters. I was between conflicts–between Kosovo and the second Gulf war–but it was not a boring four years. But I realized that (a career in the military) was not what I wanted to do. I needed more.

BC: So you get out of the Air Force. What next?

TD: I ended up on the beach in Pensacola. I was living there my last year in the service and I was renting a beach house with two of my friends. I slept on a hammock literally out on the front porch. I went scuba diving six days a week, had a street bike, had an old FJ40 Land Cruiser with the top off of it. Got bored (He snaps his fingers) like that. I was always heavy into fitness and working out, 21 years old, and I think it was within two months, I got hired on at the Powerhouse Gym in Pensacola, selling memberships. Within six months, I was the general manager. I was making 50-60 grand a year.

BC: But no college for you?

TD: I tried it. Pensacola Junior College. I sat through the drudgery of Psych 101, and I’m thinking, ‘What the f—? am I doing? I can’t sit here.’ I got great grades but some people just aren’t meant to be students.

BC: So you stayed with a business career.

TD: I ended up opening my own gym in Gulf Breeze, just across the bridge. It was a 24 hour key club, World Gym Express. It worked out really well. A cool time. I was there for three-four years, but then I got wiped out by hurricanes. Hurricane Ivan hit in September 2004, Hurricane Dennis hit in September 2005. Same path, same devastation, same bullshit from FEMA, same bullshit from my insurance companies. I just walked away from it.

TD: Well, I had a friend who travelled and sold phone systems for hotels. It wasn’t a glorious job but he seemed to like it. And I said, ‘Let me talk to your boss. I’d like to meet the guy. I want to make a change.’ So I flew out to Beverly Hills and met the boss (Darrin Hubbard, who’s since become Dolaskie’s partner on the Munising projects). He had an IT company within the luxury hospitality industry. And we started brainstorming on the industry, and Deployed Technologies came from it. So I moved out there to California, to Dana Point to work with him.

BC: So you were in Southern California but you ended up returning to Munising. How’d that happen?

TD: My mom was terminal at the time, and I started thinking about what it was going to mean for my dad because he was retiring, and they had plans, and now that stuff that wasn’t gonna happen. So it was one of those moments that hit me–I gotta get back home. May of 2008. Just packed a truck and moved back home.

BC: But you stayed with Deployed Technologies.

BC: When you arrived in Munising after all those years, after having been in Florida and California, and now you’re in this relatively small, sleepy town, what was your impression?

TD: Regret. Not because I came back, but because I hadn’t come back sooner. You know, I think people chase a life and they’ll run the soles of their shoes right off chasing it, and I sensed that was probably what I had been doing. So there was some grounding for me, there was maturity. But the community itself? It struck me as uneventful. I got talked into running for City Commission. I served two terms. I was on the Chamber of Commerce Board and saw that there was so much potential here, but no movement.

BC: Where do you see the potential?

TD: Obviously there’s this natural wonder, cruising the Pictured Rocks shoreline, cruising around Grand Island. It’s that isolated experience of having something so amazing all to yourself anywhere you go in the inland lakes in the Hiawatha. That just doesn’t happen anywhere.

BC: You like isolation, and yet you’ve become a developer in town.

TD: It’s an interesting Catch 22 because I don’t like to have a lot of people around me if I’m doing the “natural” thing, but here I am building the popularity of the town and bringing more people in.

TD: No. I’m not doing this for money at all. I do it so that my staff is proud of what they do, they hold their heads high, they’ve got good jobs, they get a lot of time with their families, they get benefits.

BC: It seems like you’re involved in a lot of different projects at the same time–the retail store, the ice cream store, the restaurant, the speakeasy, the transformation of the Navigator restaurant, the fire hall, along with Roam Inn and Tracey’s, the Hillside Party Store….Are you trying to do too much too fast?

TD: No, and I’ll tell you why. The average budget for me at Deployed Technologies is $4 million, and I’ve got two to three dozen projects that I have to touch every single day. I’m used to it.

BC: But those are projects mostly in major tourist destinations. Munising is a little different.

BC: So you have faith in this area, in Munising, that would justify this kind of investment.

TD: I do. I’ve got faith in the energy of it. I think it’ll attract not only tourists but also residents, people who want to move here. We’re already making it happen. We’ve helped more than a dozen families buy homes here with the jobs we’ve created. These are mortgage-qualifying jobs. And then they put their kids in the schools.

BC: Now, along the way, you managed to meet your wife here. Ana. How’d that happen?

TD: Well, Ana (who was then working at TV6) came here and did a story with me on adventure and waterfalls. Immediately, I could see she was a special person. And while we were out on the story, I heard her on the phone with her mother speaking Macedonian. I’ve always had an interest in different cultures and different languages, so that really impressed me. She obviously was very smart, but I could see that there was much more to this woman than you might have expected. 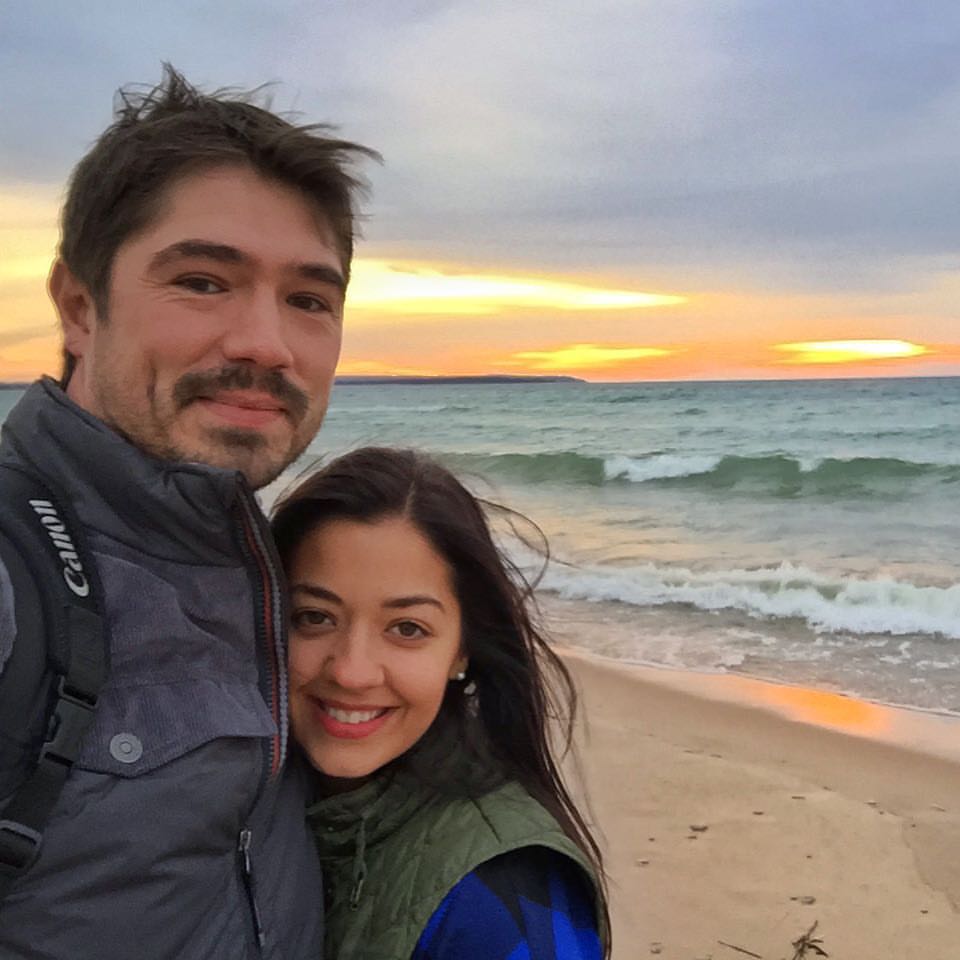 BC: So you got married, had a baby boy. You’ve got your all business projects underway. What do you see yourself doing in the next 10-20 years?

TD: Whatever’s right. Whatever’s right for Ana, for my family, for the community. Just like with my military days, I feel a sense of service. When I was a City Commissioner, I found myself becoming judgmental of all attempts to fix these blighted buildings. Then it dawned on me that I needed to lose the attitude, and start doing something myself.

BC: Are there others in town who share your faith in this community?

TD: Sure. You can walk the streets and see it. Things are happening.

BC: On a personal basis, are you able to balance family and work? It sounds like you’re 100% go-go-go with your business interests. 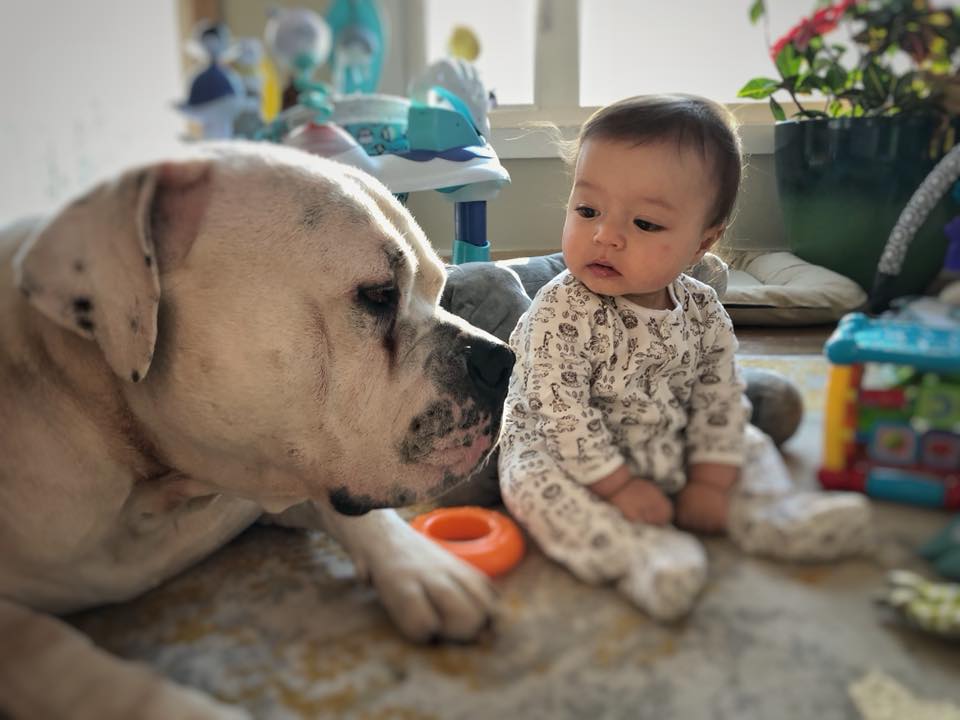 TD: I am, but I sit with my son every morning for an hour and a half, and we watch Andrew LaCombe (on the TV6 Morning News)…(We laugh). We hang out together. My son helps me balance it very well.

BC: Do you bring your work home with you? Does it consume you sometimes?

TD: When I get frustrated sometimes, say, with my bank, then I force myself to slow down. I go home and Ana and I will push the stroller on a walk or we’ll jump in the car and drive up to Lagniappe for dinner, or we’ll head to Florida. You just have to live a full life. I’ve lost too many people–I lost my best friend when I was seven, I’ve lost a half dozen close friends, I’ve lost my mom, I’ve lost my grandfather. You know, you get one shot in life and we’re all in it together. This isn’t all about work for me. Not at all. It never will be.