TEAM Wireless is moving up, as in… up the road.  Up to higher ground.  Up from their current location in front of Kohl’s to the higher elevations found on the corner in front of Super One Foods.

Okay, so it’s not much of move distance-wise, but for this busy wireless provider it represents a move to a better shopping experience for their “guests”.  (Their word, not mine.)

As rental tenants in their current location, which they share with H&R Block, they’re unable to make the physical upgrades necessary to stand out in a very competitive market.

“Our new retail space will be something incredible,” says Vice-President of Marketing, Justin Burford. “We’ll have live demo capabilities which will allow our guests to try the latest technology before they make a decision to switch or upgrade.”

“Guests can bring their broken phones and tablets from any wireless provider with many repair services being completed the same day.” says Burford. 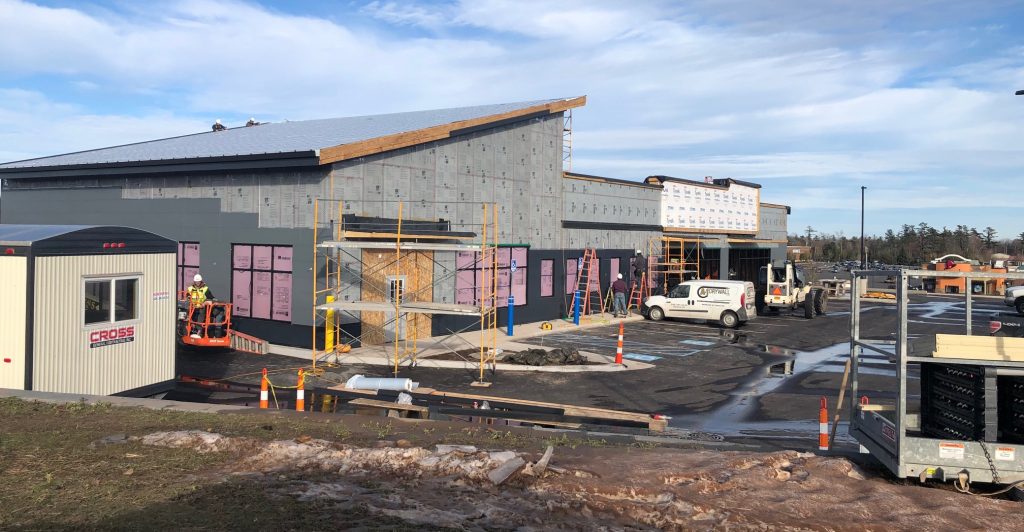 The new building, owned by TEAM Wireless, will be able to accommodate two other retail outlets.

Dunkin’, formerly known as Dunkin’ Donuts, will be occupying the opposite end of the building from the wireless folks.  And though with their new focus on coffee they’ve dropped “Donuts” from their name, they didn’t drop them from their menu.

“Having Dunkin’ as a neighbor in the new building is beyond exciting. They’re looking forward to opening sometime in early 2021,” according to Burford.  Just another new business finding its way to Marquette Township.

The middle space, about 2000 square feet, is still available.  With a phone store and a coffee shop bookending it, retail visibility shouldn’t be a problem. For more information about the available space, you can contact Burford at (906) 630-4083.

TEAM Wireless plans on being open sometime in mid-January.

If you haven’t had a first grader lately you might not be aware of a popular savings program in Marquette schools. 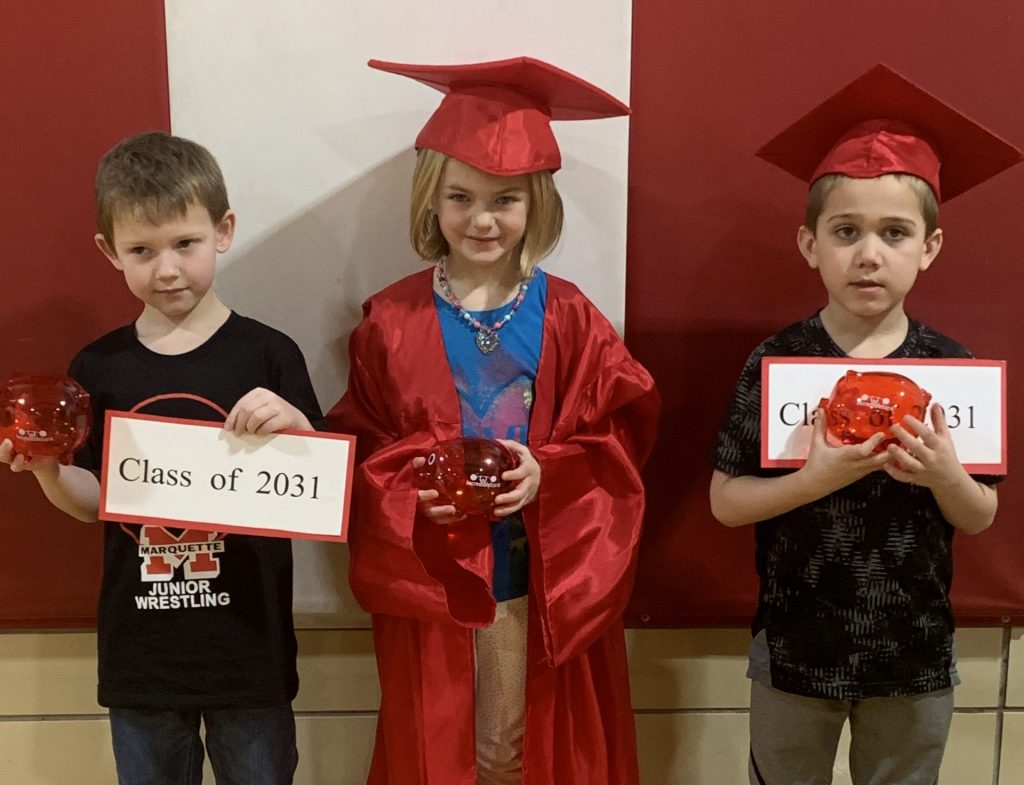 Each year, first grade students will have a savings account established at a local bank. These accounts will be available to the student after graduation for a variety of post secondary education expenses.

That’s the nuts & bolts, information you can find on the foundation’s website… which, by the way, you should visit, at  mapseducationfoundation.org

Once the accounts are open and seeded, says Winslow, additional contributions can come from a variety of sources.  “The accounts will grow with community, family, and student contributions.  It’s giving back… and paying forward.”

And in case you haven’t priced any aspect of continuing education lately, rest assured, a little extra money in the hands of someone trying to earn a degree or learn a trade will be much appreciated.

It’s not exactly the Kalamazoo Promise, where city school grads get up to 100% of their in-state tuition paid for.  But it’s a step in that direction.

And though nothing beats money, board member Zach Sturdy says it’s about something just as important.  “We want the students to know that there’s a big community that supports and believes in them.” 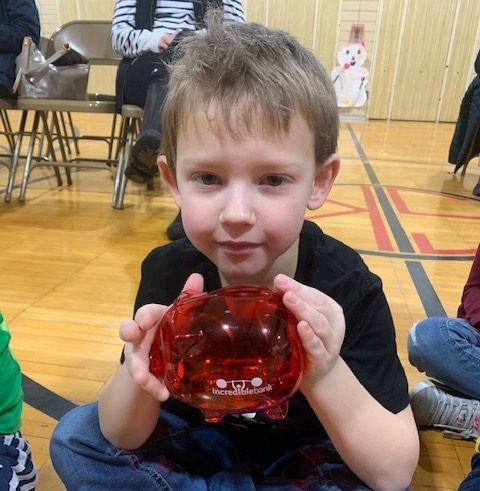 “1st to Finish” is just one of many scholarship programs administered by the Education Foundation.  Check out their website (as recommended earlier in this post) and see if there’s a fund you’d like to contribute to.

Every school has challenges and limitations.  There’s only so much of everything to go around.  The MAPS Education Foundation is finding creative ways to help Marquette students put a little more in, and get a little more out of their education.

Gone from the area for more than twenty years, former TV6 news guy Mike Settles has returned to Marquette as the new host and producer of WNMU-TV’s long-running “Media Meet.”

“Media Meet” is nothing new to Settles.  He worked on that show and others as a WNMU-TV Producer-Director in the late eighties, after spending six years at TV6. 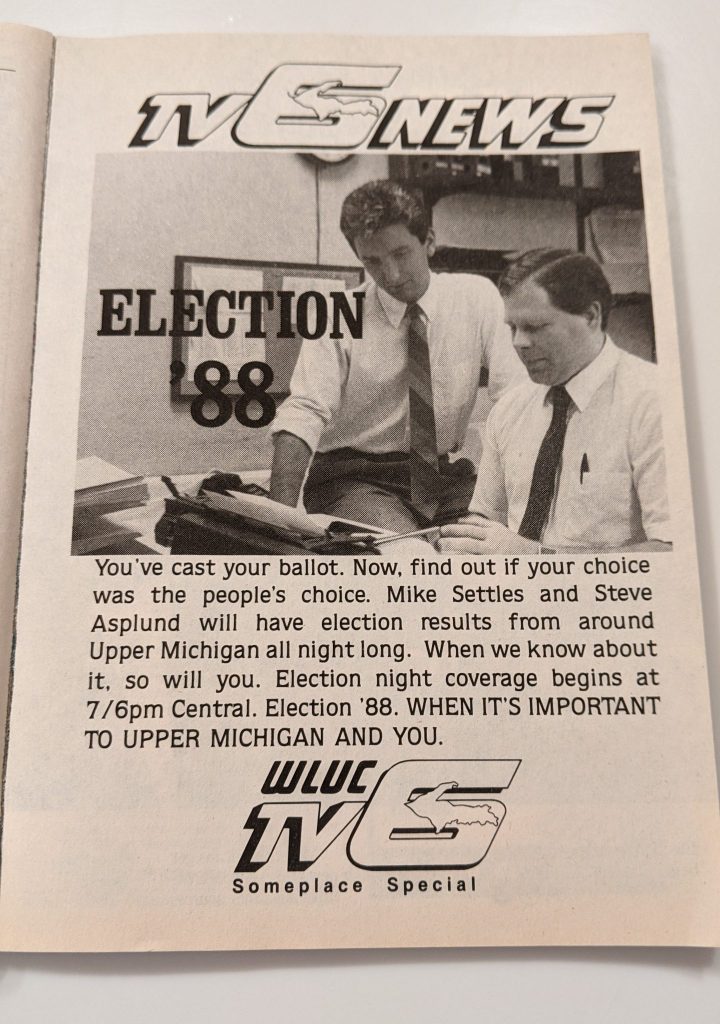 “I guess you can say I’ve come full circle, eh?”  Well, it sure sounds like it.

Settles left Marquette in 1996 for Columbus, Ohio and worked for most of that time as a Public Information Officer for the Ohio Environmental Protection Agency.

“It was a challenging job, but I would often question whether I was really making a difference.”  He finally gave into his “endless pining for the U.P.” and when the ”Media Meet” job opened up, he jumped.

“There will never be a shortage of great local stories to tell, so I am more than excited to once again have the opportunity to tell them.” 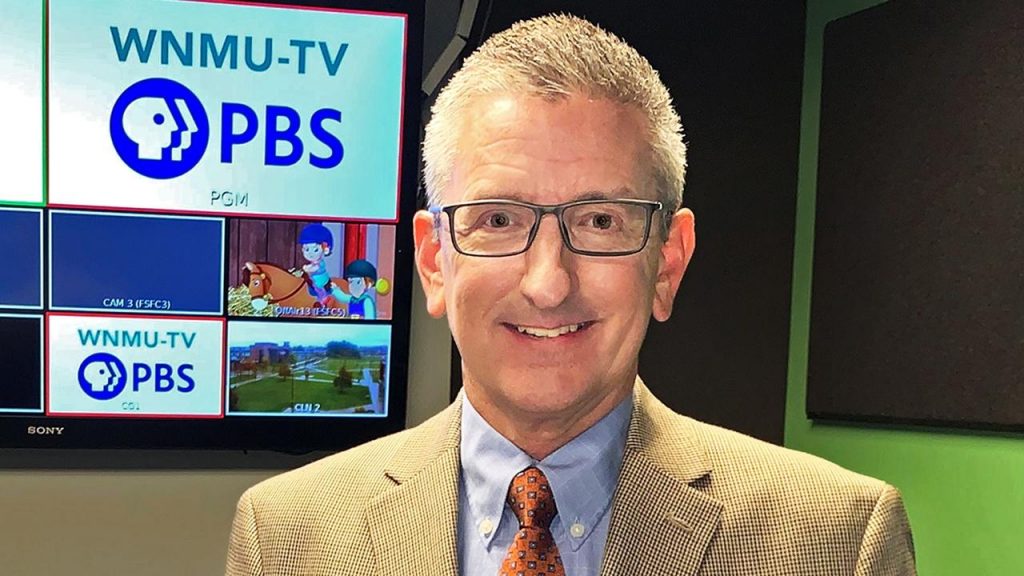 Settles certainly looks comfortable on the set with a fresh and engaging style that public television viewers are sure to appreciate.  A little salt and pepper up top lends the necessary street cred.

It looks like a good fit for all parties, particularly viewers.

“Media Meet” airs Saturdays at 6:30 pm on WNMU-TV, repeating Sundays at 2 pm.  You can get more information at   wnmutv.nmu.edu/programs/media-meet/