Tech Jobs in Marquette: Not So Unusual Anymore

CAN MARQUETTE EVER become a mini-Silicon Valley? A regional center for tech-based businesses?

Skeptics may question that possibility, noting that the SmartZone here, designed to attract young, innovative tech businesses, is now nearly five years old, and yet still only a handful of tech businesses call Marquette home.

Ray Johnson, who heads up the SmartZone and Invent@NMU, preaches patience. He says it takes about a decade to build a tech “ecosystem” and Marquette, he says, is doing just that.

“I’d estimate ten percent of the population here is doing remote online work that they couldn’t do ten years or certainly twenty years ago,” says Keith Glendon, an NMU graduate who has a senior job for IBM in security sales. He works out of his home. “And it’s a huge economic impact because these are generally higher paying jobs.” 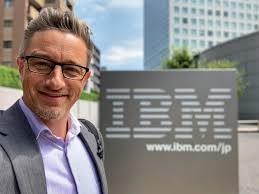 Glendon works for IBM out of his house on the shore of Lake Superior.

What kind of work do they do? Graphic design, writing, engineering, software development, legal services, sales of products and services, blogs (Hello, WOTS).

Glendon returned to the UP several years because he told IBM that he had young children and he wanted them to grow up here. IBM granted his request. Glendon now handles business from all over the world on his computer at home.

It’s called telecommuting–an increasingly popular work style and lifestyle in the age of the Internet. It’s a perfect fit for the UP.

“Definitely, because so many people who are into tech are into outdoor activities,” says Mary Alice Silverthorn, who works out of her home as a systems analyst and “agile coach” for United Health Care. She’s from downstate but worked all over the country before settling in Marquette. “I really missed the Midwest vibe and the Great Lakes, and then I fell in love with Marquette.”

“The lifestyle and pace of life are amazing here,” says Spencer Stang, who founded Stang Decision Systems almost twenty years ago in a basement. The company, now with 18 employees, helps businesses all over the country–even some overseas–hire smart, compatible, qualified employees. 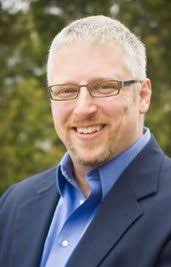 Stang started his company almost 20 years ago and chose to settle in Marquette.

Stang and his wife returned to Marquette several years ago because their families were here. From his office on Lakeshore Boulevard, he can look out at Lake Superior. “You feel better here,” he says, “and that leads to having good people working with you. They’re happier. In cities, people are more aggressive, and that leads to stress.”

“I can be home all day working at my computer,” says Meredith Miller, “but then I go outside and I can ski, snowshoe, hike, do anything I want. I wouldn’t be able to do that in a city.”

Miller’s another home-based IBM employee. A risk and compliance consultant who graduated NMU, spent a year in Boston and then came back. “I knew I didn’t want to live in Boston. I’m not from here initially but I feel like a Yooper. People here are so open and welcoming.”

Are there drawbacks to working in tech while living on the remote northern border of the U.S? Yep. Computers take care of most of your problems but most tech jobs also require at least some travel.

“I have to plan further ahead than most of my colleagues,” says Glendon who occasionally has to travel overseas. “But I accept the fact that I may get delayed.”

“It takes at least one extra flight to get anywhere,” Stang adds, “and that means extra cost for our clients, but so far none of them have brought that up as a problem.”

Sawyer Airport has relatively few flights which can pose a minor problem for Marquette’s tech workers.

Another problem, in particular for the at-home telecommuters, is isolation. At the classic tech company, employees are working together, tossing out ideas to each other all day long. Stoking creativity. Nurturing rewarding social relationships between likeminded people.

At home, not so much.

“It can get lonely because you’re working alone,” says Silverthorn. “You have to make sure you leave your home and become part of the community.”

And then there’s the case of Danny Percy. He enjoys the more conventional, collaborative tech work style at his company Diverse Computing in Tallahassee, Florida but he also travels extensively in the U.P. where his family lives. Up here, he works alone and telecommutes without missing a beat. When he’s in Marquette, he works out of Ampersand, the co-working space.

“When you travel, you meet new people with new connections and new endeavors, and you can get some new ideas,” he says.

Bottom line is this: This new world where we’re all connected by Internet for both work and play has given companies and employees enormous flexibility. The employees can work on massive tech campuses, or in small, collaborative groups, or all alone. Or on the road.

Whatever keeps them productive and happy.

And for increasing numbers of tech-savvy Yoopers, working and living here in the U.P.  provides the perfect work/life balance.