The $600 a Week Dilemma, Harbor Vista Update, and How Hot Has this Summer Been?

“IT’S BEEN A deterrent for employees to return to work.”

That’s Munising businessman Tom Dolaskie talking about the government’s pandemic relief program that gave employees $600 a week in addition to their unemployment benefits.

The $600 benefit recently ended. Congress and the White House are currently trying to work out a plan to continue the benefits.

Dolaskie’s point is that he and other businesspeople, especially restaurateurs, have been trying to fill available jobs, but few people have been applying because many would-be employees have been staying home and collecting benefits, rather than returning to work.

“With the $600 a week and the unemployment checks, people are making what would amount to $50,0000” Dolaskie says. “I really don’t blame them. But that money was intended as a stimulus to help people when they lost their jobs and businesses were closing, but now the businesses are open, and we’ve been struggling all summer to get a full staff.”

The problem has been especially acute at Dolaskie’s Eh Burger.

Joe Constance has had the same problem at the Iron Bay Restaurant and Drinkery in Marquette. He’s had to close one day a week in the midst of the tourist season because he hasn’t been able to find enough employees.

“Ever since the $600 ran out, we have had a few employees return to work,” he says. And with the onset of classes at NMU, he’s hoping to find enough students to fill out his staff and return to a seven day a week schedule.

Like Dolaskie, he understands and supports the intent of the government aid program.

“There are places where there are no jobs, and people need the money,” he says, “but here we have jobs. We want people to work here, but not enough of them are applying.”

Tom Wahlstrom, the owner of Elizabeth’s Chop House, a high end restaurant, says they struggled to fill jobs for the first several weeks after restaurants were allowed to reopen, but fortunately, things have now smoothed out.

However, Mt. Shasta Restaurant in Michigamme, where Wahlstrom is a consultant, recently had to close temporarily because of a staff shortage.

“The restaurant needs about 13 employees and we were down to six or seven,” he explains. “We couldn’t find anybody else to work. We had to shut down.”

A peculiar dilemma. High unemployment in the nation. A recession underway. People sorely needing financial help to pay their bills. And yet businesses posting “Hiring” signs haven’t been able to attract applicants.

The problem, it seems, is that the COVID relief plan was a critically needed program that unfortunately hasn’t been able to distinguish between residents and areas that truly need the benefits, and those that don’t. 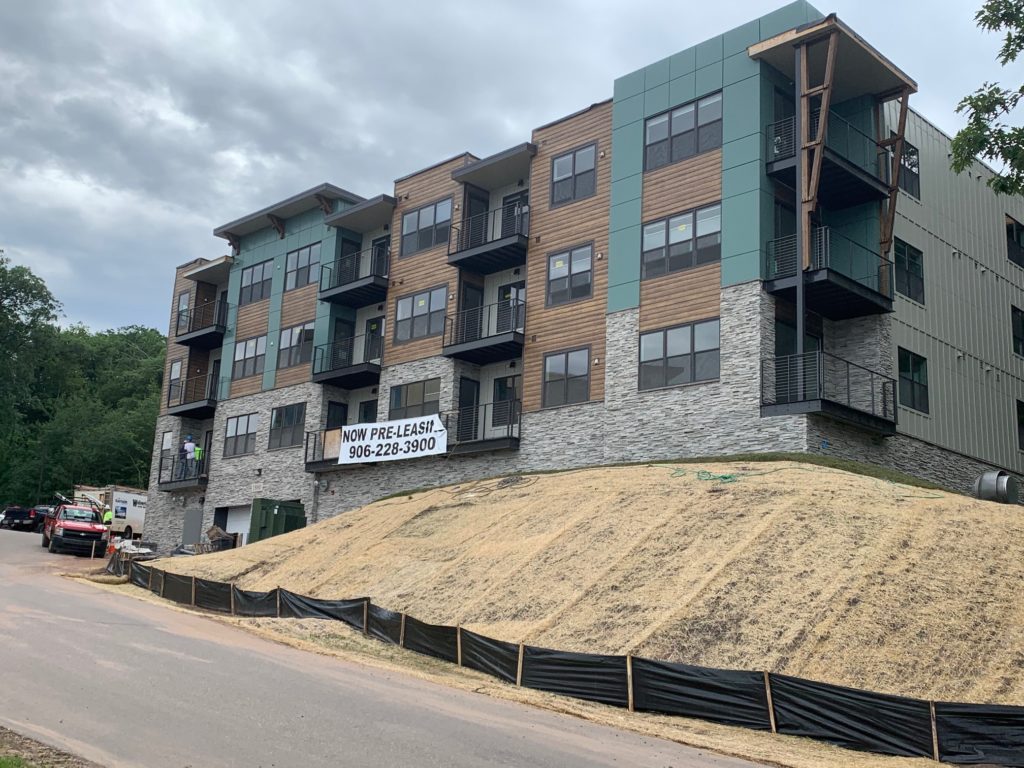 THE PANDEMIC SLOWED down countless construction plans this year, but at least one local project is almost finished.

It’s the second building at Harbor Vista, the residential complex on US 41, south of downtown Marquette.

It’ll be 42 units–studios, one bedrooms, and two bedrooms, with a fitness room and community room that will be used by residents in both buildings.

So, when will residents start to move it? Soon, Thomas says, but she doesn’t want to be pinned down on a precise date. 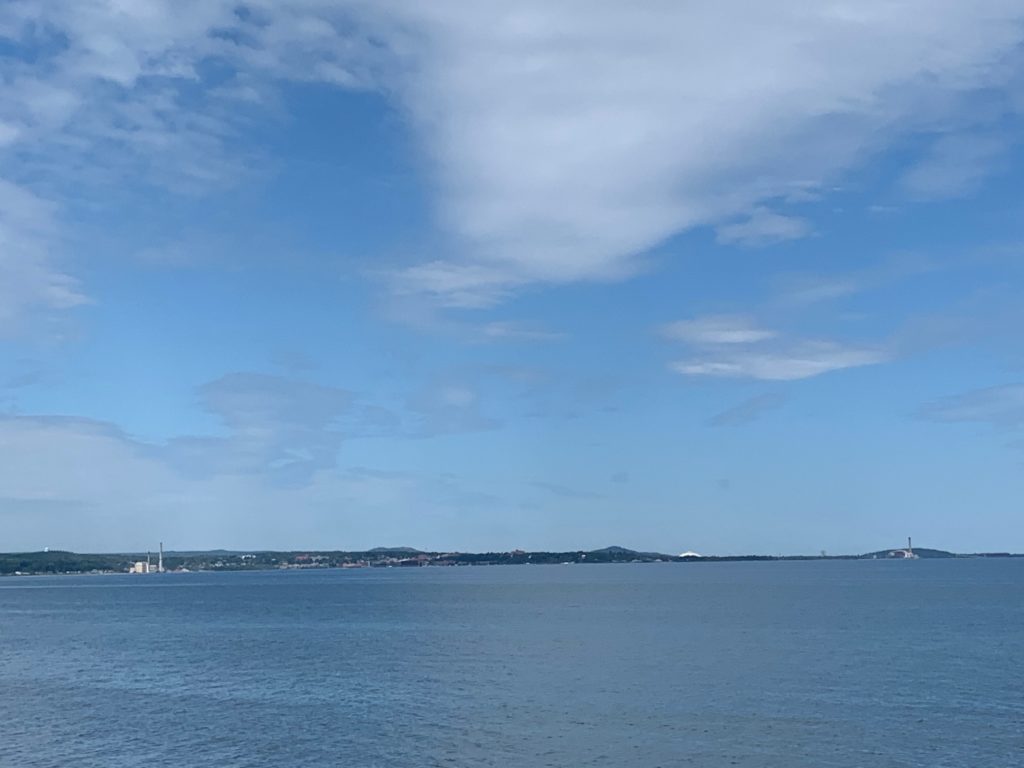 He says that’s considerable but, dang, it sure seems like it’s been hotter than that, doesnt  it? Maybe 8-10 degrees hotter than usual.

What might lead us to believe that is that the last few summers have been cooler than normal, so the contrast this year is striking.

To cite one example: July 25th was the first time the National Weather Service in Negaunee had reached 90 degrees since June 30th of 2018…and before then, we hadn’t had a 90 degree temperature since 2015.

Global cooling. (Just a joke! No need to start an argument here.)

And with the heat this summer has come additional precipitation. July, for example, had more than six inches of rain–that’s double the normal amount.

So, hot and rainy. Some of us are gonna love it, others not.