The Continuing Arby’s Mystery, the Bright, New Future for Construction Workers, NMU’s Appeal Levels Off, and the Battle Against Graffiti

It’s been one of the most frequently asked questions we’ve heard over the last several months: What’s going in at the old Arby’s site near WJMN’s studio just off the highway?

Veridea, the owner of the property, isn’t saying. The contractor working on the project isn’t saying. The township’s not talking. Folks at the business next door say they don’t know, though they were told months ago it would be opening in June.

The construction inside and outside has been nearly complete for most of the summer. Looks just about ready to go, complete with a new outdoor patio, new booths pushed against a wall and ready for placement, and new table tops.

Clearly a restaurant. Rumors of a Mexican theme. Even a Panera. But just rumors, nothing more.

So we wait, until the owner(s) decides to the solve the mystery for us. 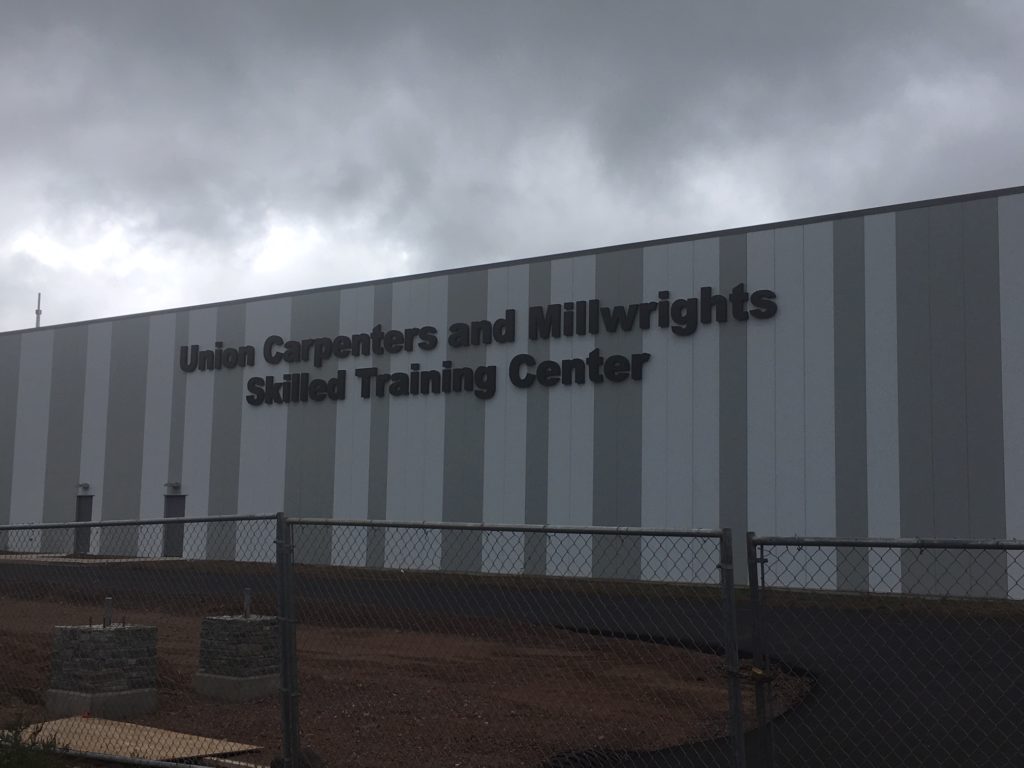 A BIG CHANGE upcoming for union carpenters and millwrights in the U.P.

They’re moving into that big, imposing building on the highway in the next few weeks. They have to be out of their old home in south Marquette by the end of the month.

The new building, a training center for apprentices and journeymen, is a $10 million investment. That’s huge–a show of faith in the construction future of the UP, and in the men and women who will be doing the work.

“The big complaint we hear from contractors is there’s a skills gap,” says Brian Kerrigan, the business representative for the union. “This new learning center should take care of that problem.”

The center’s got four times the amount of space as their old center in south Marquette. They’ll be able to do a lot more, and train apprentices more quickly and efficiently.

Kerrigan, by the way, says the union’s still looking for apprentices. They need them. Over the next five years, the union will be losing about 40% of its workers to retirement.

The work is out there. The jobs are available. A brand new training center is just about ready to go. Now they just need  workers willing to step in and make a good wage. 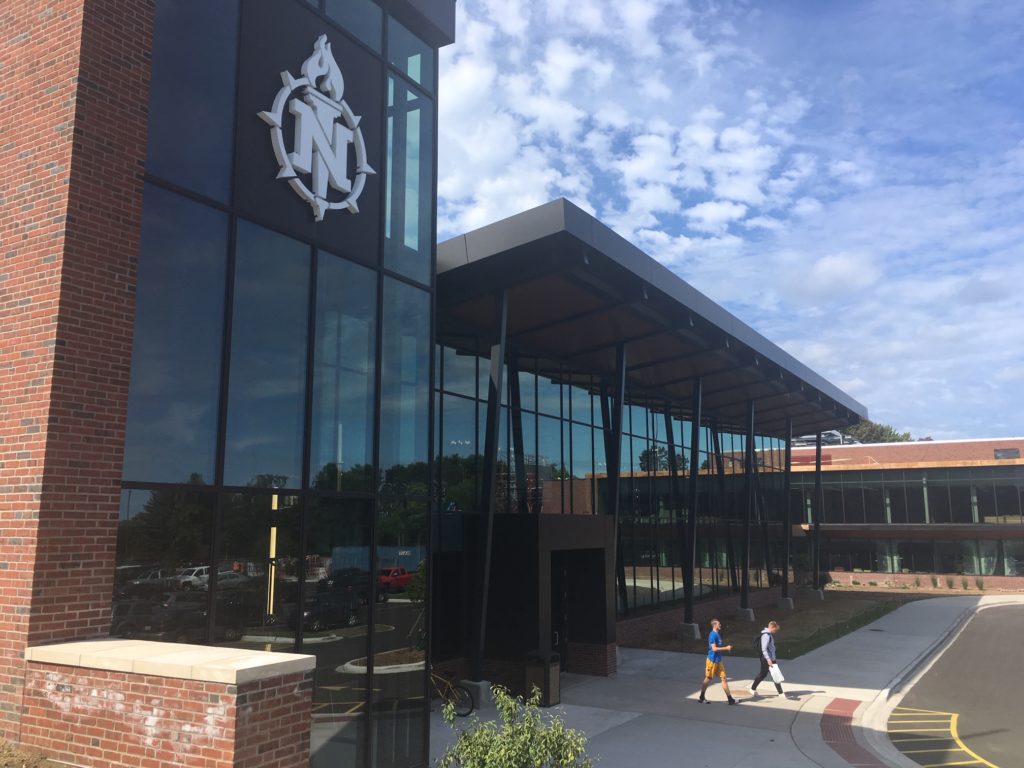 THE EARLY ENROLLMENT figures at NMU aren’t quite as impressive this fall as in years past.

New first time freshman numbers are about even with last year–this, after an 11% jump in 2017, and an 8% increase last year.

New transfers are slightly down from last year.

But first time graduate students and continuing grad students are slightly up.

Derek Hall, the chief marketing officer for NMU, cautions that these are preliminary figures. They should know more within a few days.

NMU’s freshman enrollment numbers over the last couple of years were noteworthy because most other state universities were down and were expected to stay down for several years because of the declining numbers of Michigan high school graduates.

The pluses for NMU? It’s relatively inexpensive. It has an appealing “outdoorsy” cachet. It features new buildings all around the campus. And it offers a unique “medicinal plant chemistry” (ie marijuana) program.

Moreover, who wouldn’t want to live in Marquette? 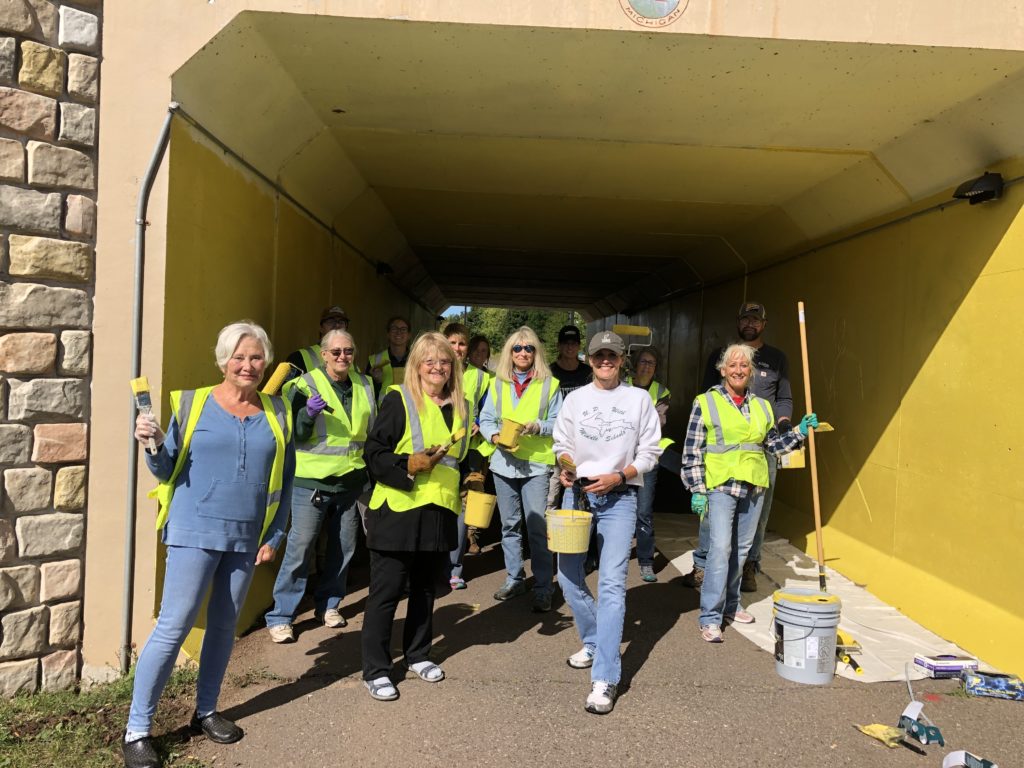 THEY CAME, THEY SAW, they eliminated the graffiti.

Yep, just as promised, a dozen volunteers from the Beautification and Restoration Committee, and from Americorps, showed up this week with brushes and painted over graffiti at the overpass on the bike path and at Williams Park on the Eastside.

Next up? Defaced signs and poles around the city.

What they’re also hoping to do in the near future is buy surveillance cameras for strategic locations. What they need, above all, is a concerned and vigilant citizenry.

But this is a start. You don’t find these kinds of people in every community. Marquette’s lucky.