The Graffiti Investigation, Ampersand’s Future, and One Marquette Place’s Comeback from a Shaky Debut

NO SUSPECTS YET in the graffiti case at the Fit Strip recreational park in Marquette.

“We’re taking it very seriously,” says police chief Blake Rieboldt. “We have a detective assigned to the case and he’s been canvassing the neighborhood.”

The swastika graffiti was first reported to the police back on July 19th–it was actually in two separate locations at the Fit Strip. It was scheduled to be removed by the city but three weeks later, it was photographed and then made its way onto social media where it suddenly became a news story. Rieboldt won’t reveal any particulars about the police investigation except to say they’re looking at other police calls during that time period and talking to neighbors and users of the park.

The key, of course, is finding a witness who may have noticed suspicious activity on or before the 19th.

Likely suspects? Most of us would speculate it was a young male or males. Rieboldt is looking at all possibilities but he doesn’t disagree.

“Some young people just don’t understand the severity of this, what these symbols mean,” he says. “It’s especially important these days. I’ve been here for 25 years and I’m happy to say we’ve had very few cases like this.” 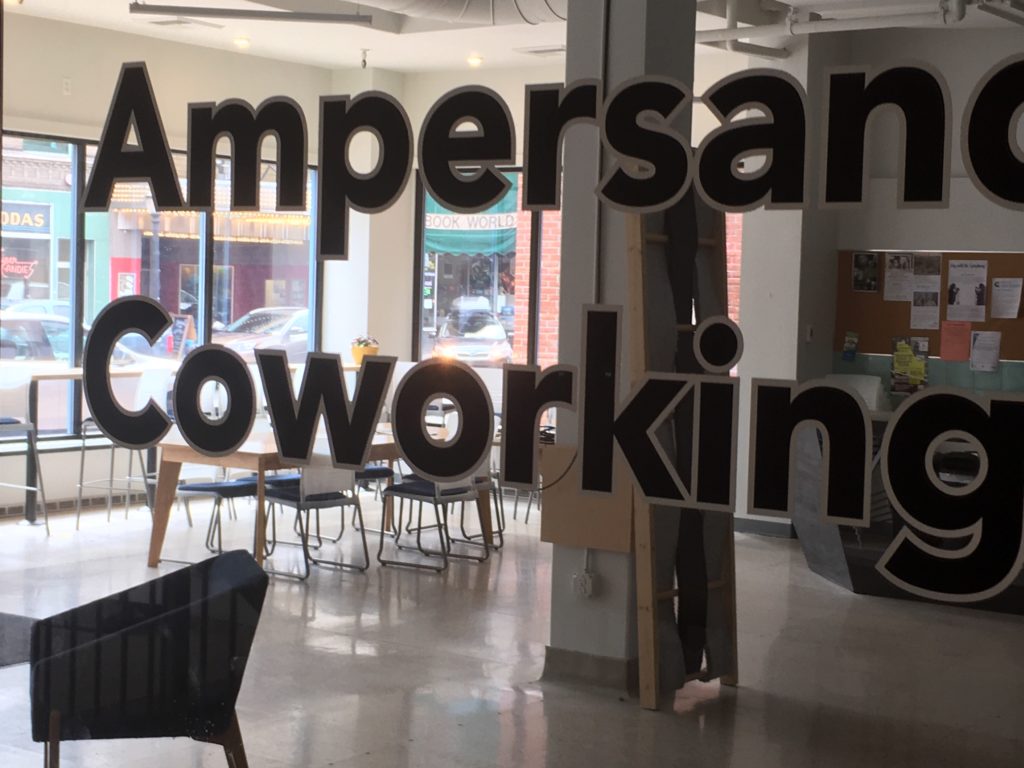 STILL NO EXECUTIVE Director for the Marquette Chamber of Commerce. That’s also the person charged with managing the Ampersand co-working space downtown.

Nick Steffey left the post as interim director six months ago, and since then, Chamber members have been volunteering in shifts to man Ampersand and take on other duties of the director.

Not an ideal situation but Board president Christian Verardi says they’ve had no choice. There’s  currently no money in the budget to hire a director.

But there’s hope on the horizon. “We expect to have our short term debt paid off by the end of this year, and hire a director in 2020,” Verardi says.

Despite the setback, the Chamber, which was founded in 2015, does have good news. It’s now grown to more than 200 members. And Ampersand, which it operates, has full occupancy in its large and small offices, and 50-75% occupancy in its desks, along with a fluctuating number of daily users in the co-working space.

There were some Ampersand skeptics when it first opened. Looks like there is, in fact, a market for what the co-working space is offering. 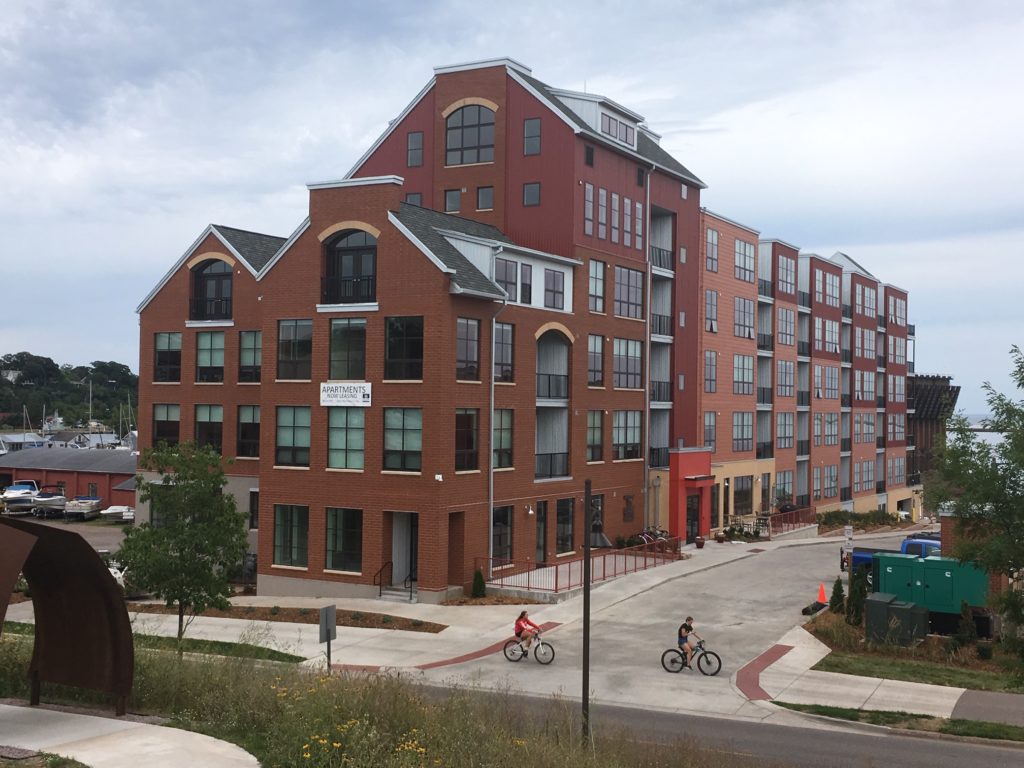 ONE MARQUETTE PLACE, the new high rise on the lakefront, got off to an unfortunate start earlier this year, plagued by delays and a few mishaps, but all of that appears to be in the past.

Occupancy of the upscale apartment complex had barely been above 50% just a few months ago. Now, according to partner and architect Barry Polzin, only four apartments remain unoccupied.

“We had an open house, we had a grand opening, we got almost all the landscaping done, and then the flood gates opened,” Polzin says.

No surprise, prospective tenants liked what they saw in springtime and summertime.

By the way, one of the four remaining open apartments is on the….ummm… pricey side: $3095 a month.

Still to be determined is who will lease the restaurant space on the first floor of the building. For more than a year, Polzin had been saying an unnamed local restaurateur would take over the space. Now, he says, they’re in conversations with other possible tenants, and they’re still looking for someone who would be the right fit.