The Landmark Inn Is Not Closing, Marquette Mountain Is, and Room at the Inn Needs Help

CONTRARY TO RUMORS, the Landmark Inn is not shutting down.

“It’s not been easy but we’re doing our best to keep the lights on,” says Ben Graves, the CEO of Graves Hospitality which owns the Landmark. “We have no plans to close. Frankly, we looked at shutting it down but it just didn’t make sense. There was no real benefit to it because we wouldn’t be saving any money.”

Just a skeleton staff is working now that the restaurants and the Pub have been closed down.

“Fifty percent of our revenue comes from food and beverage,” adds Matt Mering, one of the other owners. “Now that’s all gone.”

And no surprise, occupancy at the hotel has plummeted to….like, a few rooms a night. Less than 10% occupancy. Nobody’s traveling, nobody’s visiting.

As for the staff, Graves and Mering insist they have not been “laid-off”; they’ve been furloughed, meaning they will get their jobs back when the crisis passes–whenever that is. And those with health insurance will keep it through their furloughs.

Nationwide, major hotels are closing down, left and right. So far, the Landmark is trying to defy that trend.

MARQUETTE MOUNTAIN, ON the other hand, has shut down for the season.

Too bad, because this season, unlike some in the recent past, had been going well, and was flush with optimism provided by new ownership.

Marquette Mountain posting: “During these times, it is imperative that we follow the policies, orders and recommendations in order to keep our community safe and do our part to minimize travel and flatten the curve…”

Officials say they’ll use this extra time to get ready for next season. 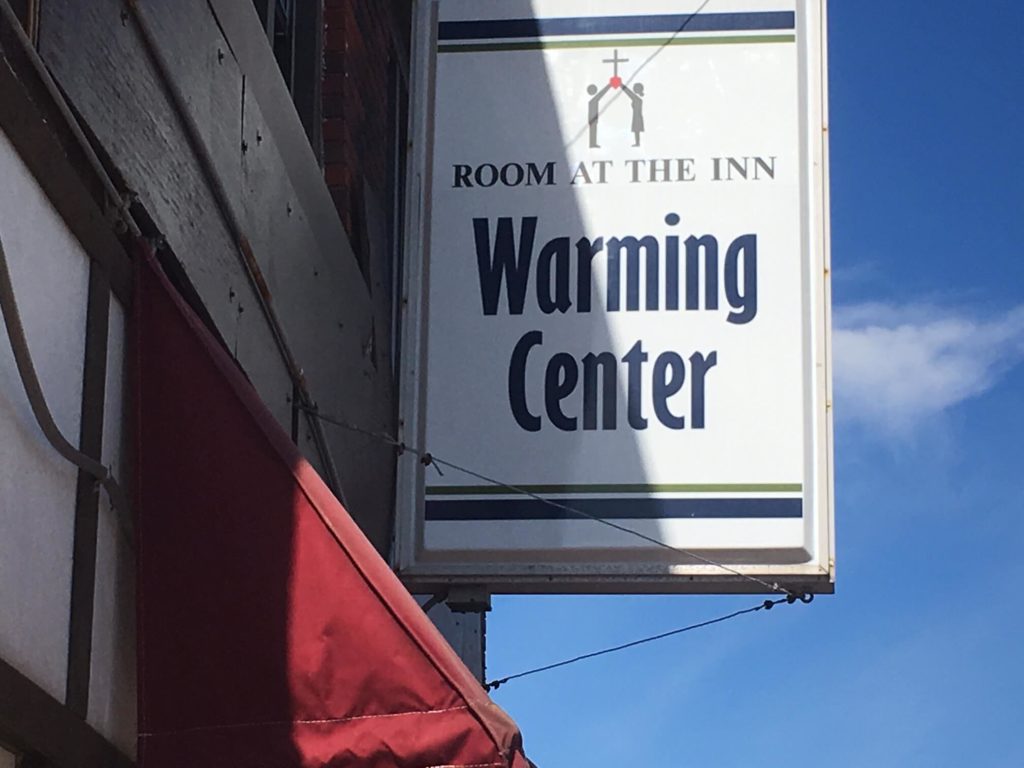 RATI looking for a temporary shelter

NO SURPRISE THAT the COVID-19 outbreak has created problems for Room at the Inn and the Warming Center–the facilities that take care of the homeless.

First off, the homeless can no longer dine at the Warming Center. It’s essentially being treated as a restaurant during the state shutdown.

So now the homeless are not only sleeping in the churches that house them at night, but they’re also eating there. Food is being prepared at the Warming Center–that’s still allowed–but the food is then being transported to the churches.

The Warming Center is being used in the meantime on a limited basis–but just for showers and doing laundry.

RATI executive director Nick Emmendorfer is looking for a better solution during the crisis.

“We need to find an emergency temporary shelter,” he explains. “We have 27 guests on a nightly basis and it’s difficult to maintain a six foot distance between them. That’s a big problem. We need a larger facility and these churches just don’t have them.”

He’s talking to private landlords as well as the city and county to get permission to use a vacant building as a shelter during the crisis. All RATI needs is a large space with two bathrooms. They’d step in and take care of the rest.

And they’re handling 27 guests now? Emmendorfer’s worried that, with all the recent layoffs, that number will climb in the weeks ahead.

Oh, one more thing. Emmendorfer just got back from Colorado a few days ago. He’s been quarantined at his residence for the next 10 days.