The Marquette County Real Estate Market: How Does It Look?

THE LAST THREE months have posed serious problems for realtors. Until recently, they couldn’t conduct face-to-face meetings with their clients and they couldn’t show properties. They were virtually stuck at home with their phones and computers.

And yet, surprisingly enough, the market here hasn’t died.

As of last week, 346 residences had been sold so far this year in Marquette County. Last year, the comparable figure was 373. That’s a fairly modest decline.

And now, with the economy starting to open up again, there’s a pent-up demand. Realtors tell us there are more prospective buyers than sellers.

Stephanie Jones is a broker at Select Realty.

“Anything under $200,000 is flying off the shelves,” says Steve Pelto, the owner of Look Realty.

“We’re at a point now where some properties are selling for more than they’re listed for,” says Terry Huffman, a broker at RE/MAX. “We saw this back in 2008 when foreclosed properties were selling at bargain basement prices, but we haven’t seen it since then.”

So, it’s a market that’s heating up, particularly for lower priced homes, but this can, according to the realtors, lead to problems.

“It’s challenging for realtors because anecdotally homeowners are hearing that they can sell on their own and save money,” says Jones. 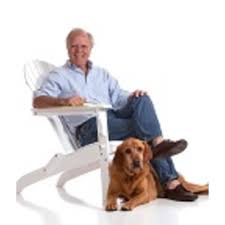 Terry Huffman is a broker at RE/MAX.

“I’m much more concerned about the commercial market than the residential market,” says Huffman. “Some of them have had to close, many are trying to reopen but it’s been difficult for them. They’re good people trying to run a good business but (with the pandemic concerns), their hands are tied behind their back.”

Pelto  agrees, although he recently brokered the deal to sell the Ben Franklin property, and he’s on the verge of closing the sale of the Valle’s property.

It may take a few months, he says, to determine where the commercial market is headed. “We’re going to know more when the businesses can open up to 75% or 100% of their capacity,” he says. “I honestly don’t know how some of these restaurants are going to make it at 50%.” 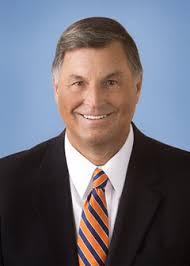 Steve Pelto is the owner at Look Realty.

One positive factor for the commercial market? Recreational marijuana. Independents and chains are buying up properties at market prices and above.

Still, take a look around–the former Marquette Mall, the languishing Westwood Mall, the vacant Shopko store, the old hospital property, and more. A lot of available buildings and property at a time when the nation is facing a recession, or worse.

With so many commercial properties available and others likely to struggle in the months ahead, it looks like it’ll be a buyers’ market for the foreseeable future, especially with the continuing economic uncertainty.

On the other hand, the housing market here, even with that uncertainty about jobs, looks strong…for now.

“People have always wanted to come here,” says Huffman. “They visit, and they want to come back. They want second homes here. That will continue, and it will probably be stronger than ever.”