The New Normal at the YMCA

NO DECISION YET on when the YMCA will be able to reopen its facilities in Marquette County.

The earliest possibility seems to be mid-May, if Governor Whitmer gives her okay. If that happens, the Y facilities would likely resume operations on May 18th. But if not, Zdunek is hoping the opening will come no later than early June.

When it does, though, members can expect a very different YMCA for at least the first 30 days. Measures being considered:

No special programs for those with serious illness, like Parkinson’s and cancer. Too risky for them.

No non-members allowed. Reduce the numbers.

Plexiglass at the front desk to protect the members and employees.

Masks for all staff members.

Temperature checks for all children and workers in daycare. What about for all members? A possibility.

Moving cardio machines and weights farther apart. Some weight machines might go in the gym.

Limiting the number of members in the gym at one time. Maybe 50. And maybe only 10 would be allowed in any one department.

“Our measures will be over-the-top for at least the first 30 days,” Zdunek reiterates. “Our priority is to be safe and responsible. I can tell you right now the gym is the cleanest it’s been in 20 years and we’re going to keep it that way.” 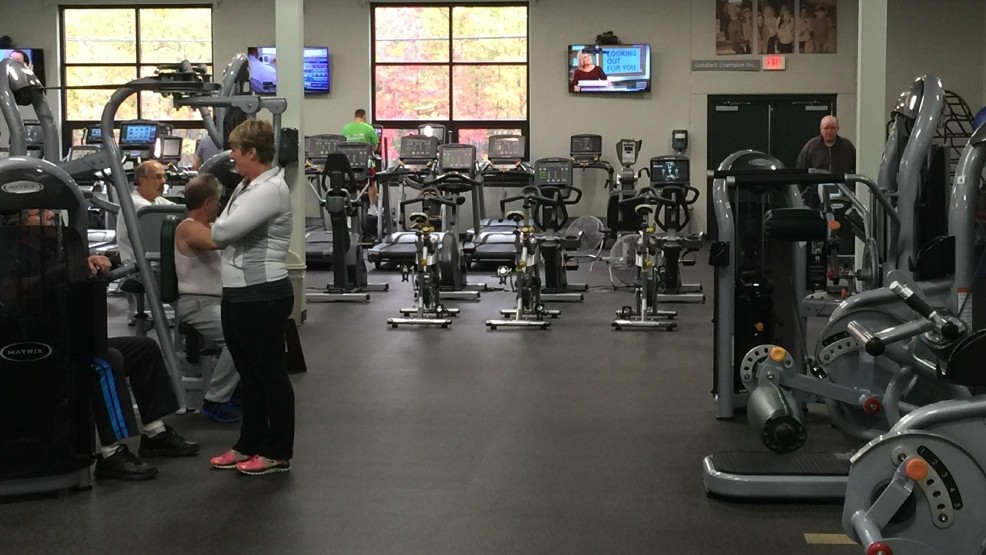 When the YMCA opens, the machines and weights will be moved farther apart.

After the initial 30 day period, the Y management, in consultation with its regional and national offices, will evaluate where it stands, and then decide whether it can loosen things up.

It’s been an up-and-down tenure for Zdunek as CEO. She took over as the Y was nearing bankruptcy, helped steer it through that agonizing process, and until recently was riding high as debts and bills were paid off, climaxing last October when members David and Thu Brule came up with the pledge to pay off the last $1 million in debt.

And then the pandemic hit. The doors closed. More than 90% of the staff was laid off. Members were told they’d get a refund on half their March dues, all of their April dues, and possibly all of their May dues. So suddenly, no money was coming in. Fortunately, many members, wanting to ensure that the Y stays afloat, have said, “Don’t bother with my refund. Keep it. Use it wisely.”

That’s what Zdunek is doing.

“I’ve talked to Y’s all over the country,” she says. “Some of them are saying they may have to declare bankruptcy. I can tell you this. If this pandemic had happened two years ago when we were trying to dig ourselves out of bankruptcy, we wouldn’t have made it. We would have had to close.”

So there is something to be grateful for, even when your 5000 member nonprofit has been closed down by an insidious, invisible enemy.

Now it’s just a matter of patiently waiting, and getting prepared for the New Normal.