The Smokehouse Fires Up, Barrel and Beam Boosts its Brewing

A NEW ENTRY on the culinary scene.

The much anticipated Lake Superior Smokehouse Brewpub (in the former Bayou space) opens to the public next Tuesday in Harvey. It’ll be a very soft launch, says owner Scott Arbour. Meantime, family and friends are dining there this week.

Arbour who, with his crew, has been working diligently over the last few months to renovate the building, emphasizes that the menu will be limited, as will be the seating. He says they’ll need some time to work out the bugs, but in the meantime they’ll be serving up barbecue.

The staff’s been in training.

Beer? Yes, but it won’t be from their own brewery. That’s still a few weeks away.

Construction’s still not completed. It’s all a work in progress.

But ready or not, they’re firing up the smoker, and barbecue lovers gotta be thrilled. 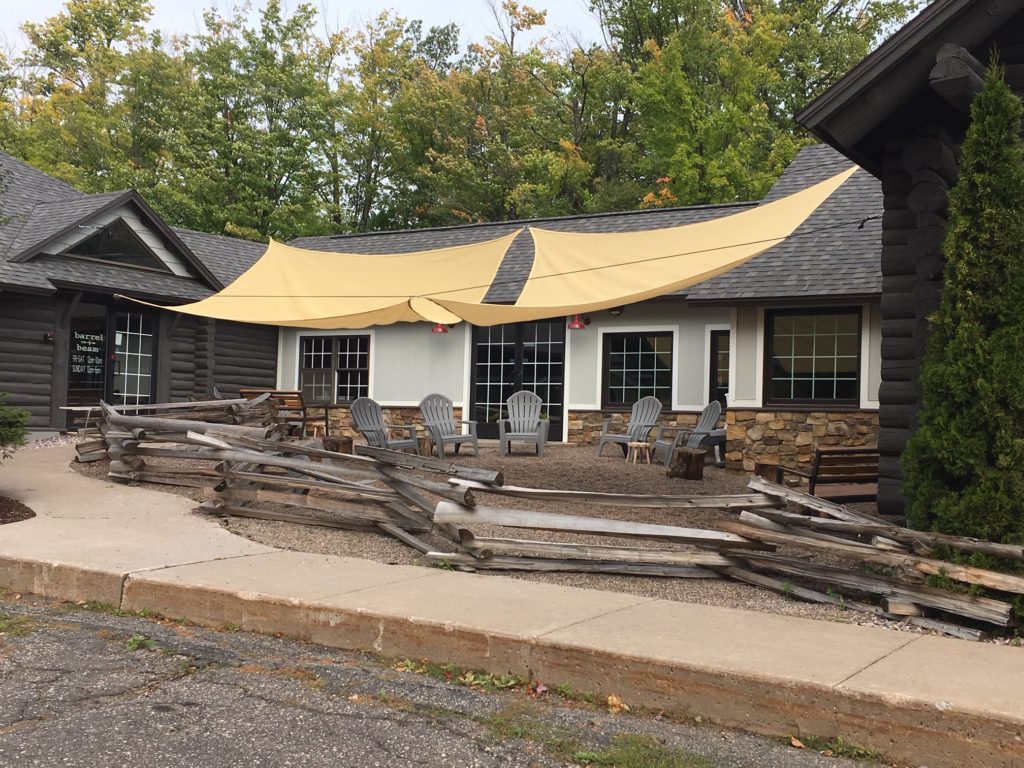 Barrel and Beam, the distinctive farmhouse ale brewery in Marquette Township, continues on its upward trend after opening its doors a year and a half ago.

“We’re on track to sell twice as much beer this year as we did our first year,” says Nick VanCourt who, with his wife Marina Dupler, owns the brewery.

But that was expected. Barrel and Beam, offering farmhouse ales and fruited barrel sours, is in its infancy and appeals, at least at this point, to a more limited customer base.

VanCourt reports that they now distribute their bottles and draft to 100 commercial customers throughout the UP, along with a growing number in Traverse City, Grand Rapids, Ann Arbor, Lansing and Detroit.

All summer long, the brewery has been open five days a week. That’ll continue through September and then they’ll consider whether to reduce hours during the off-season.

A major part of the business plan has been special events–birthday parties, anniversaries, bridal showers, etc. Those, too, continue to grow.

Barrel and Beam is a small brewery–only two full-time employees–with a big, beautiful building and a substantial mortgage. And lofty ambitions–to become a standout among the more than 300 craft breweries in Michigan.

So far, it appears to be on the right track.