The U.P. Fights Back

UPPER PENINSULA POLITICAL leaders are starting to organize in their battle to keep the Michigan Tax Tribunal from sucking tax dollars out of the coffers of local governments.

The battle has two fronts, Lansing and the U.P.

State Representative John Kivela and State Senator Tom Casperson, with the support of other U.P. state reps, are now drawing up bills that would mitigate some of the effects of recent Tax Tribunal rulings.

As we’ve all learned recently, the Tax Tribunal, in a major philosophical change, has ruled that big box stores that are open and profitable should be taxed at the same rate as a closed and defunct box store.

The bills to be introduced by Casperson and Kivela, probably by mid-April, would accomplish three things:

2) They would prevent new stores from using closed stores with restrictive easements on them as “comparables.” Here’s the way it works now: Walmart (or any other box store) could close down its old store and build a brand new store across the street, and at the same time, place an easement on the old property, restricting any future owner from building another department store or food store on that site. Needless to say, that seriously devalues that property…and yet the way things stand now, that devalued property can be used as a “comparable” for taxing purposes.

Now, this part is a little hard to believe but Kivela insists it’s true: One box store can buy an easement on someone else’s nearby property. That easement could say that no similar type of box store can be built on that property. In other words, the store is buying a guarantee of no competition.

Doesn’t seem quite right, does it?

Anyway, those are the essential components of the Casperson-Kivela bills. They are working hard to include language that would assuage conservatives and garner the governor’s support. Good luck to them. 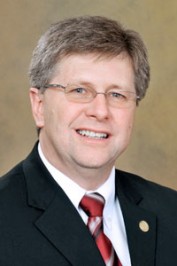 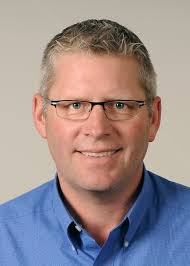 In the meantime, they’re also considering bills that prevent insurance companies from insuring businesses at more than 20% over their appraised value. So if a $10 million business insists that it should be appraised at only $4 million, then it should be insured at $4 million. Makes sense.

Same thing with bank loans. If you tell us your business is worth only $4 million, then don’t go begging for a loan based on its $10 million value.

That’s the Lansing strategy–get bills on Governor Snyder’s desk that at least would eliminate some of the most egregious tax practices that are now allowed.

Here in the U.P., Kivela and Casperson are pushing for a PR campaign led by local business leaders. They’re hoping local businessmen and women with strong community ties will step forward and pledge not to seek tax relief from the Tax Tribunal as so many of the box stores (and some smaller players) have done.

A tough task. A businessperson is always looking to maximize profit, right? But maybe not. Not if community services–the library, search and rescue, 911, recreational programs, elderly services as well as the schools–are threatened.

We’ll see if anybody takes the lead on this.

If not, and if the Lansing strategy fails, well, we’ll just have to get along with less. Maybe a lot less.