The Vault • The Monthly • The Festival

In case you’ve socially distanced yourself entirely out of the loop and you haven’t heard about the Vault project in downtown Marquette, or you know about it but need more rhetoric… here you go.

Briefly, for those unacquainted, the Vault Marquette plan includes the remodeling of the Savings Bank building on the corner of Front and Washington into a boutique hotel, as well as the construction of a public parking structure, residential units, a hotel, and other commercial space on the Lakeshore Boulevard side of the block.

At their meeting and public hearing this past Monday night, the Marquette City Commission voted 5-2 to approve the project’s inclusion in the city’s brownfield development program.  That simply means that brownfield money, identified through Tax Increment Financing and assigned at the discretion of the city commission, will be sunk into the project to help offset building and construction costs, specifically those related to site cleanup. 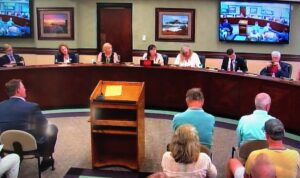 Though brownfields are quite loosely defined and can range from deadly toxic sites to those much less hazardous, like the parking lot in question, it’s easy to see that an upgrade of that site would be a welcomed change.  But it should also be acknowledged that financially, this is a win for the developers.

What the commissioners did NOT vote on was whether or not this project can go forward.  The site that is being proposed is private property, which means the developers can go ahead with the project, with or without the brownfield money, and with or without permission from the city commission, as long as they adhere to city zoning laws and other regulations.

There are more steps in the process, some requiring city approval, but none of those steps are necessarily deal-breakers.  There will also be more opportunities for public input, as if we haven’t had enough already… this article included. 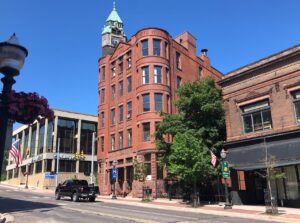 Unless the developers, Houghton based Braveworks along with Marquette architect Barry Polzin, decide they’d prefer to do something else with their time and money rather than invest it in Marquette, expect this project to go forward.

Based on public comment at the meeting and letters received by the city regarding the project, there appears to be no consensus among city residents about whether or not we like the idea.

Comments ranged from accusations of simple greed on the part of developers to praise for taking a worn-out parking lot and turning it into livable space in the heart of downtown, not to mention a much-needed parking garage.

There have also been, mostly on social media, unfounded and off-the-cuff accusations that our city leaders are ‘on the take’ and will somehow profit from their decision to help fund the project.

Some have even suggested that city residents should be allowed to vote on the project.  First, we already did that when we voted for city commissioners to represent our interests.  And second… what?  So we’ll vote on every private project being proposed in the city?  Pencil me in for a no thanks on that one.

There have been a number of objections regarding the look of the buildings as well as their size, and of course their proximity to the waterfront.  Architect Polzin indicated that the drawings do not necessarily represent the final design, and it was also pointed out that only about 60% of the allowable space is being used for the complex.  And the waterfront will always be a draw to new development but as long as it doesn’t obstruct public access, are criticisms legitimate?

Recalling commissioner comments prior to the vote, it appeared that Commissioner Evan Bonsall voted no due to his disappointment with the limited commitment to affordable housing included in the project.  Something like 20% of the apartment space will be dedicated to that cause, but Bonsall questioned whether or not that would actually be “affordable” to the Marquette residents it’s intended to serve.

While Bonsall’s passion for more affordable housing is timely and commendable, is it reasonable to require such accommodations in projects that are obviously targeted at a “less affordable” demographic?

Commissioner Sally Davis voted no after suggesting that a majority of the feedback she had received indicated a negative attitude towards the project.  Judge her motives and reasoning however you like, but it was a vote that she believed actually represented her constituents. 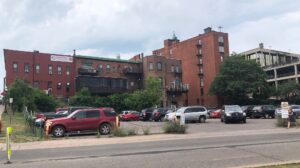 As stated earlier, regardless of how the commissioners had voted, this project was probably going forward anyway.  Having completed a similar project in Houghton, the Braveworks group has a positive track record, as evidenced by the reviews from Houghton County residents who also contributed comments.

As usual, there’s no shortage of opinions, and opinions, as you know, are like… mouths.  Everybody’s got one and many are all too willing to use it, knowledgeably or not.

Perceived pros- an ugly parcel transformed into more livable and commercial space downtown, a critical element in the area’s rebirth.  Perceived cons- precious property going to wealthy developers at the expense of long-time locals who prefer things the way they are, or were.

Prior to airing the meeting on Spectrum cable, the video presentation included general info on city management.  Included was a list that revealed more than two dozen openings on various boards and committees, not including regular vacancies on the city commission.

Social commentary CAN be temporarily satisfying, and opinions shared with the commission CAN have impact.  But if you really want to put some power behind your vision for the future of this community, consider applying for one of those open positions.  As developments go, that might be a good one.

Last seen in March of 2020, the longtime periodical Marquette Monthly is scheduled to return this September.

Fans of the local info source will be glad to know that the reincarnation will look much like the original.  A lot of the same type of material will remain, with some changes.

“We are working on adding new content and contributors.  One such example is human interest sports-related stories,” says new co-owner Jane Hutchens. 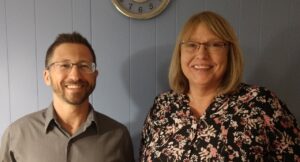 Hutchens, along with partner James Larsen II, purchased the operation from Aileen O’Day, who had taken over the operation from her mother, the late Pat Ryan O’Day, longtime owner, editor-in-chief and publisher of the Marquette Monthly.

Hutchens also says we can expect to see some familiar names in their stable of contributors. “We will have many of the regular contributors and new additions as well.”

Hutchens and Larsen, both Marquette County residents, bring many years of newspaper experience to their new venture, including lengthy stints at the Mining Journal.

Hutchens says, “We’re very excited to bring Marquette Monthly back.  We have had numerous inquiries and comments throughout the past year expressing how much people missed the magazine.”  Watch for it on the street September 1st.

According to a press release issued by the Hiawatha Music Co-op,  the Annual Hiawatha Traditional Music Festival will be VIRTUAL this year, beginning at 6pm tonight and running through Sunday.  For more than 40 years, the Hiawatha Music Co-op has presented this annual weekend of performances, workshops, and jam sessions featuring a variety of traditional music genres and artists. 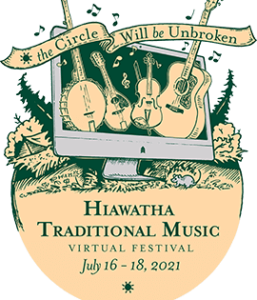 The Co-op Board of Directors made the difficult decision following member, volunteer, community, and contractor feedback to postpone the 2021 in-person Festival to 2022 and proceeded with plans to present a Virtual Festival.

Access to the Virtual Festival will be provided at no cost to participants through grant funding.  Donation options will be posted on all forums. Participants will also have an opportunity for interactive chats, trivia questions, and membership giveaways.

To enjoy this year’s festival, go to www.facebook.com/groups/hiawathafestival21.