A Theater in Downtown Marquette

It’s very early in the process but two men are quietly putting together plans, with the help of a few other locals, to buy the building being vacated next month by Book World on West Washington Street.

And then transform it into a 400 seat theater for both cinema and the performing arts. A one screen theater for both newly released movies and art films, as well as a venue for plays, lectures, concerts, and recitals.

Smack dab in the center of downtown. Yeah, a few people are excited about it.

Some quick background here: The Book World building was actually built by Peter White back in the 19th century, and then it eventually became the Nordic Theater, one of two theaters downtown.

The plan now is to restore the Nordic Theater, both in use and in name.

The guys with the plan are Josh MacIvor-Andersen of Marquette and Bernie Rosendahl, of Birmingham, Michigan. They just met for the first time a couple of weeks ago. Turns out, they had the same sort of idea for the Book World building, even though they came up with the idea separately.

MacIvor-Andersen, originally from Tennessee, is a writer and former professor at NMU. Rosendahl works in IT in Birmingham, but he was born and raised in Marquette county. He loves the place. His parents still live here.

“I used to go to the theater as a boy,” Rosendahl says, “and when it closed in 1994, I was crushed. I vowed if the opportunity ever came up, I would do my best to restore the Nordic.”

Well, the opportunity is here. The building’s going up for sale next month after Book World vacates. 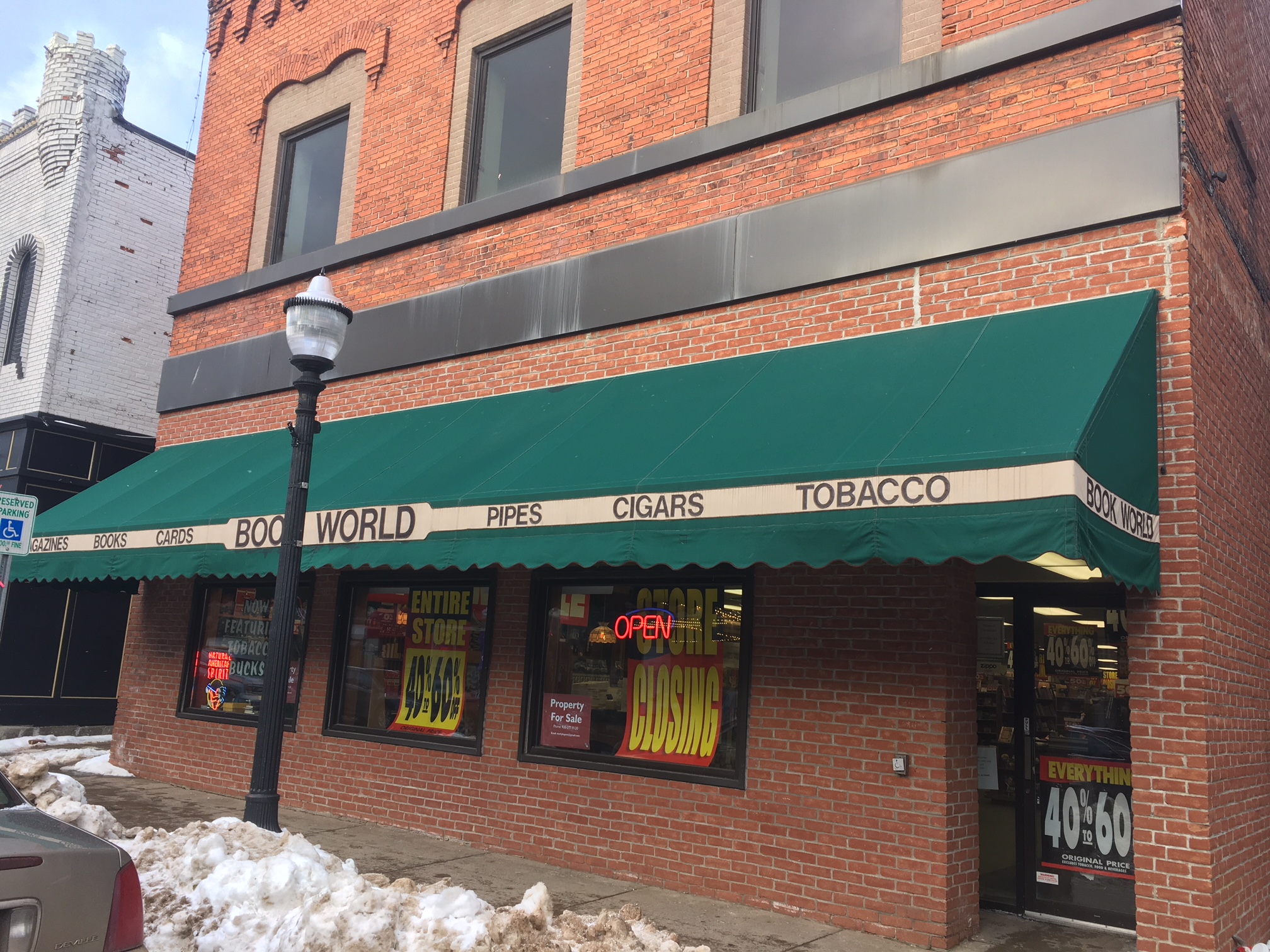 Rosendahl and MacIvor-Andersen have designs for the theater, they’ve got an architect, they’ve talked to the current building owners who are apparently on board with the project, and they’ve come up with a budget. One and a half million dollars. That includes $150,000 just for the unique marquee alone.

They also see using the lobby as a tap room where people would imbibe and linger before and after the movie or live event.

“Our next step is reaching out to potential investors or donors for the project,” Rosendahl says.

“We have a real sense of urgency here,” MacIvor-Andersen adds.

Still undecided is whether they’ll go the nonprofit or for-profit route, or possibly a combination of the two. Whatever looks more likely to lead to success.

The skeptic, of course, will say, “Heck, the Delft Theater failed downtown not too long ago with several screens! Why would a single theater work?”

“It’ll succeed,” says MacIvor-Andersen, “because we’ll have dynamic programming with not only big movies but also art films and live performances. Theaters like this have worked all over the nation. Billings, Montana has an incredible art movie house that was once a bowling alley.”

So let’s just indulge ourselves for a moment here, and imagine that the project comes together.

They think Marquette’s ready for it. They’ve heard nothing but enthusiasm from the people who’ve heard about the plans.

Now, it’s just a matter of getting some of those well-heeled people to part with some of their cash.