Time Over for Trees, Time Extended for Bars, and Time for Toast

What’s happening to all of our beautiful trees?

They’re being cut down.

Who in the world would want to do such a thing?

That would be Dan Carter, city arborist.

Where can we find this Dan Carter?

Calm down.  Before you tie yourself to your favorite tree in protest, rest assured that Mr. Carter is only doing what has to be done.  And that’s to cut down dead and diseased trees.

If you’re looking for someone, or some thing to blame, here it is… the Emerald Ash Borer… the COVID-19 of the tree world.

That might sound a little over dramatic, but it’s not far from the truth.  Look up Emerald Ash Borer and you’ll see the word quarantine in the mix. 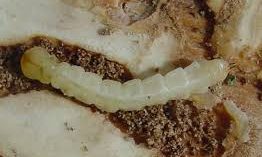 Over the past year, Carter and his city crews have cut down more than 60 dead or dying trees, the majority of which have been the victim of EAB.

Most of those trees taken will be replaced this spring with a selection better suited to our region.  It sounds like a nice mix including oak, maple, linden, hornbeam, elm and crab. 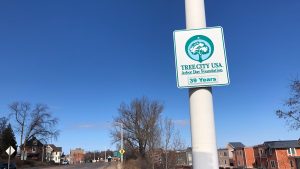 Carter, a nice guy who would rather plant than cut down a tree, asks for understanding.

“We’re doing our best to replace all trees removed within the city.  We love our trees!”

And citing with some pride… “Tree City USA… 39 years and running.”

Areas most noticeably victimized include a couple of blocks on North Front, a block on Jackson and one on West Magnetic.

And of course, the big tree in front of Frosty Treats. 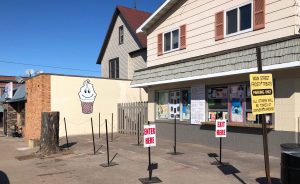 Carter assures us that one will be replaced along with a little ceremony celebrating Arbor Day, sometime this summer.

So we’re not stumped after all.  The arborist has every intention to make that Tree City USA… 40 years and running.

Does this happen to you?  It’s 2am and you’re standing in the bar staring at your empty glass and the bartender has already announced last call and now the lights are on full blast and… you’re still thirsty!

If you said yes, then you might be interested in the bill working it’s way through the Michigan legislature that would change bar closing time to 4am!

However, if you typically aren’t standing in a bar at 2am wondering where your friends went, then you might question the wisdom of keeping the booze flowing until dawn’s early light.

But that’s what’s currently under consideration in Lansing, largely as another reaction to the pandemic.

Of course, just as now, your favorite hangout could decide to close whenever they want.  In fact, the bill, if approved, will only serve to allow decisions on closing times to be made at the local level.  So it’s not automatic… the municipality would still have to approve it.

“Not everybody’s on the same sleep schedule. People work nights, people work weekends, and different shifts. If somebody gets off at midnight, 2am, maybe they want to meet up with their buddies.”

If that’s the case, why have any closing time at all?

With the exception of some bigger cities, last call nationwide is typically 2am.  Nevada and Louisiana are exceptions with almost no closing times while Alaska shuts them down at 5am.  5am.  What else would you expect in the land of the midnight sun?

It looks like this proposal might be better received in the bigger cities that actually do have a lot of shift work.  All-night joints are probably still happening anyway.  Might as well make it legal and collect some tax dollars. 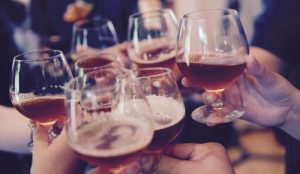 If the bill is ultimately approved, and it might be, Marquette will have a decision to make.  2 or 4.

A sampling of local barkeepers suggests that middle-of-the-night service isn’t their top priority.

Scott Soeltner of Negaunee’s Smarty’s Saloon doesn’t see a lot of benefit.  “I can only foresee a 4am closing time to be more issues, and the overall safety of staff and customers could be one of those issues.”

On this topic, Sonia Stucko gets last call… “After 30 years of bartending and running bars, Mike and I have found that nobody gets smarter after 2am.”

The taste of Trenary is coming to Marquette, this summer, in the form of the aptly named Trenary Toast Cafe.

Help Wanted signs in the window are the first step in the process of bringing the crunchy, flavored, toasted, world-famous dunkable delight to downtown Marquette, specifically on the corner of Washington and Third, in the storefront previously occupied by Hotplate. 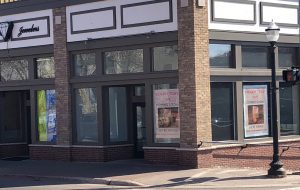 Co-owner Brianna Wynsma says the cafe will offer a look through the past of Trenary and the Trenary Home Bakery.  “We plan to bring in historic bakery equipment, old photos, and even paint murals paying homage to the town of Trenary on the walls of the cafe.”

In addition to the namesake Trenary Toast, Wynsma says the menu will feature the full line of toast, breads, and other UP made food items.

“We’re thrilled to become a part of the downtown Marquette community.  With over 93 years in business we’re confident that the Trenary Toast Cafe will be a unique and must-see destination.”