There’s no feeling quite like the one you get when you hit the top of the 4th Street hill, heading south, down towards West Washington when you realize, too late, that light snow and a temperature right around freezing have turned one of the city’s busiest streets into a sheet of ice that would make Lakeview Arena proud.

You quickly assess your options, which are…  hope you catch a green light at the bottom of the hill: try to guide your car into a snowbank: or… well, there are no other options. No good ones, at least.

Anyone who’s been at the controls when your vehicle is out of control, and at the mercy of a Midwest winter, understands the sheer terror of the moment.

Or, maybe you’re not sliding down one of our poorly placed hills, but rather you’re just trying to navigate through a yet-to-be-plowed street, gunning your engine to an RPM like something from NASCAR, only to find that the knee-deep snow is going nowhere, and neither are you. 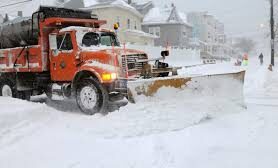 Ah.. the joys of winter in Marquette.  Icy roads, deep snow, unforgiving terrain… it’s enough to make even the most confident driver consider foregoing that trip to the store, until the roads are clear and dry.   Going in, we’re not sure if this will be a mild winter, like last year, or a record-setting year like we’ve had in the recent past.  But we know for sure that there will be those days when staying off the roads is the better play.

There will always be times when the streets have not been plowed, yet.  But of course, that’s when you have to get to work, or school, or that doctor’s appointment you were lucky to get.  I think we can rest assured that snow removal is a priority, but there are limitations to what public works can do.  Budgets, personnel, and equipment all factor into the process.  As well as the severity of the winter.

According to Scott Cambensy, Directory of Public Works, the city has a well-defined plan to address snow removal. “The city currently has 8 plowing routes. Once the snow stops it takes about 8-10 hours to go through a route.  Extremely heavy snowfalls can increase that time to 10-12 hours.”

In other words… they’re working on it.  Patience and understanding will serve you well.

We’ve heard questions lately about the strategy employed when it comes to snow removal on our sidewalks.  Cambensy says only designated sidewalks are cleared, based on their proximity to schools and other high traffic areas.  “Sidewalk plowing efforts concentrate on the principal pedestrian routes to each school and the business district. They cover at least one side of most major streets and are intended to minimize the amount of time a person would spend walking in the street.” 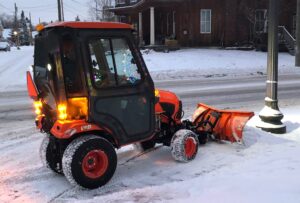 It’s been suggested that property owners be responsible for winter sidewalk maintenance, thereby having all sidewalks cleared, but the City Commission has declined to go that route, feeling that not all residents are physically or financially able to handle the task.  Although having all sidewalks clear, and not having to walk in the street, would be great, that’s probably a little too much to ask of the citizenry.

Regardless of how much plowing, salting, and sanding the city is able to do following a storm, there will be those times when driving is hazardous, and that’s when personal responsibility kicks in.  In other words, it’s on the driver to drive safely, according to conditions.  Though serious injury accidents are rare within the city limits, vehicle damage is something that will slow you down just as surely as a February blizzard.

When driving around the city, be mindful of pedestrians forced to share our narrow streets.  And when on the highway, where speeds are greater know that slippery roads are a more serious threat…  and vehicular accidents are much less forgiving. Would you rather be late, or THE late?  The best advice to follow, when you can’t follow the sand truck, is to slow down, and get there in one piece. 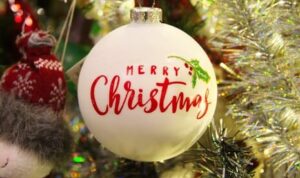 On this Christmas Eve, as we celebrate the season with family and friends, Word on the Street wishes you and yours a very, merry, Christmas.