Uncle Ducky’s Big Summer, a Union’s Challenge in Dealing with COVID, and a Tiny Gem of a Gallery in Our Midst

DIFFICULT TIMES FOR restaurants and hotels this summer.

Not so, apparently, for Uncle Ducky’s burgeoning empire in Alger County.

“No question, we had the best summer we’ve ever had,”  owner Bill Duckwall tells us. And how can that be? “People wanted to be outdoors this summer, they wanted space, they wanted fresh air. That’s what we give them.”

His empire includes Paddling Michigan–the immensely popular kayaking operation, two campgrounds, the Grand Island cruise, and the Duck Pond restaurant which includes spacious outdoor seating. So yeah, for visitors wanting to allay their pandemic concerns, the Uncle Ducky’s experience, during a warm summer in a county with few COVID cases, seemed like a good way to go.

Duckwall’s adding assets, too, by the way. He’s just bought the eight unit Christmas Motel and will renovate it and have it ready to go by next Memorial Day–an indoor option for folks who aren’t comfortable sleeping outside. Its new name? The Paddlers Inn.

The season wraps up for the Uncle Ducky’s operation at the end of this month, but even now, Duckwall says, September reservations are better than they’ve ever been. 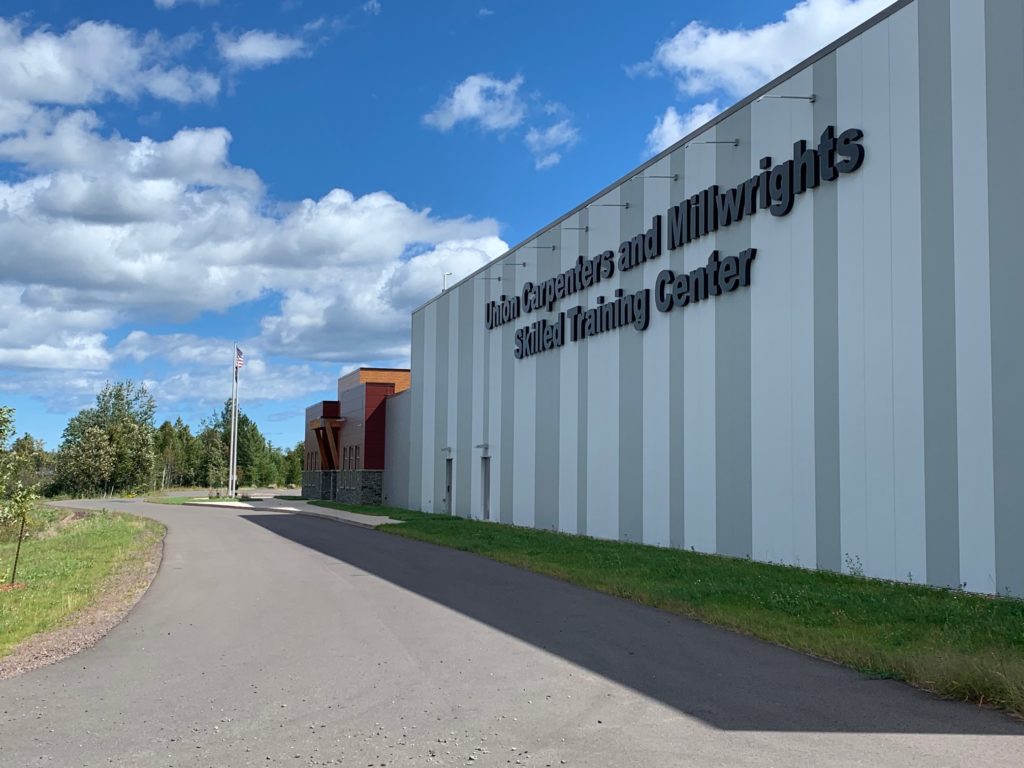 DRIVE BY THE big Carpenters and Millwrights training center on US 41 west of downtown Marquette, and you’ll see a mostly empty parking lot on most days.

Which prompted us to call Brian Kerrigan, the business representative for the union, and ask, Is everything all right?

“We’re doing what we can with the COVID restrictions,” he explains, “but they’ve really limited us. We can train only eight or nine of our people at a time.”

A distinct under-utilization of the building, which provides training for 100 apprentices and advanced skills training for 400  journeymen.

COVID’s also limited the union’s outreach into the community as it tries to recruit young people for well-paying trades jobs. Pre-COVID this year, the union hosted 200 high school students at the training center. Now, no mass visits.

Instead, the union is relying on social media and videos to get the word out. They’re not as effective as live, up-close visits, but they’re much better than nothing.

And yes, Kerrigan says, there are still plenty of jobs available, although he does concede construction in Marquette County has slackened off somewhat after a frenzied couple of years while the new hospital was being built. 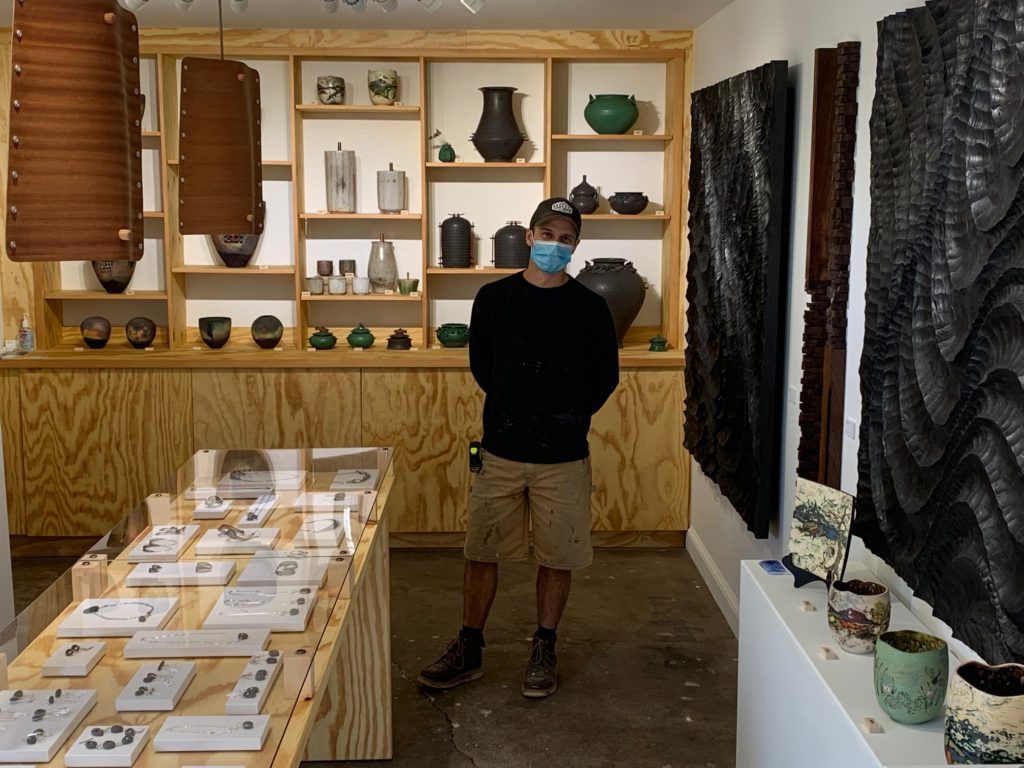 IT’S GOT TO be one of the smallest and most unpretentious galleries you’ll find in these parts, but what you’ll find inside is….well, impressive.

NMU grad Joe Graci, a highly talented modern woodworker, just opened the gallery to the public. Until now, he’s just been using the space for his studio but COVID has brought about some changes.

“I’m usually traveling from May through November for 12-14 shows, but not this year,” he says. “There are no shows. I’m not making as much money but the silver lining is I got to spend this summer with my kids. It was great.”

For now, he’s getting by on commissions from hospitals, hotels, and the like, along with walk-in traffic.

And about the gallery: It’s not just Graci’s work–It’s the crafts of 10 other artists–friends of his, three of whom are local, the rest from around the nation. Talented, full time artists. Jewelry, pottery, glass, and wood.

And now they’re also on display and for sale at this humble, little gallery off of Lakeshore Boulevard. Just look for the dumpsters–the gallery is 50 feet north.