Although they’ve thrown in the roof, they haven’t thrown in the towel.  After some brief soul-searching, the powers that be in the Vista Theater community have come together with a plan to save and revive this historic venue.

There were already plans afoot to make some major structural improvements to the 94 year-old Negaunee landmark.  A new roof wasn’t necessarily in those plans.

But last month, as water built up due to a failure of the drainage system, the roof came tumbling down and any previous plans were immediately put back on the drawing board.  (No one was injured as the building was empty at the time.)

Due to the age and condition of the building, the Vista couldn’t acquire the type of insurance that would have covered the collapse.  So fundraising it is.

According to board president Rusty Bowers, the first phase involves cleanup and getting the building secured for winter.  That’s about a hundred grand, almost a third of which has already been raised.  “We are asking anyone who can donate to our GoFundMe to do so,” Bowers said.  For more donation info, go to www.vistatheater.org.

The lobby and stage areas were not greatly affected by the collapse, but the interior will have to be completely redone, and of course… they’ll need a new roof.  There’s also heating and electrical and… well, the odds and ends that oddly end up costing more than anticipated.

So we’re talking north of a quarter-mil when all is said and done.  But if there’s any group of people who are up to the task, it’s the people who have kept the Vista viable and vibrant in recent years.  The total cost is going to be big… but so is the vision.

As downtown Negaunee continues to look for new ways to restore its appeal, the Vista Theater will continue to be front and center… stage.

Finally Open in the Township 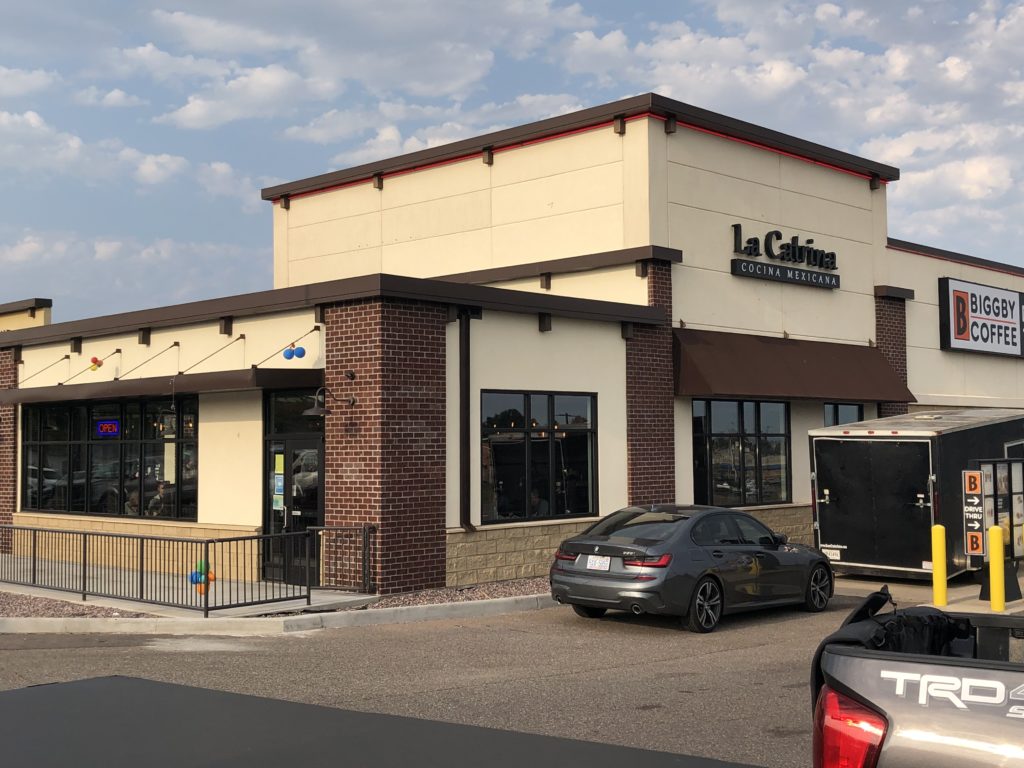 It seems there’s always something to update regarding Marquette Township.  Today it’s the opening of La Catrina, the new Mexican restaurant in the WJMN-TV Plaza.

Word on the Street readers may remember a couple of posts previewing the restaurant’s opening going as far back as last October.  Suffice it to say that the pandemic slowed things down… quite a bit.  But co-owners Carlos Romo and Juan Ayala stuck with it and now they’re ready to join the food service fray in Marquette County. 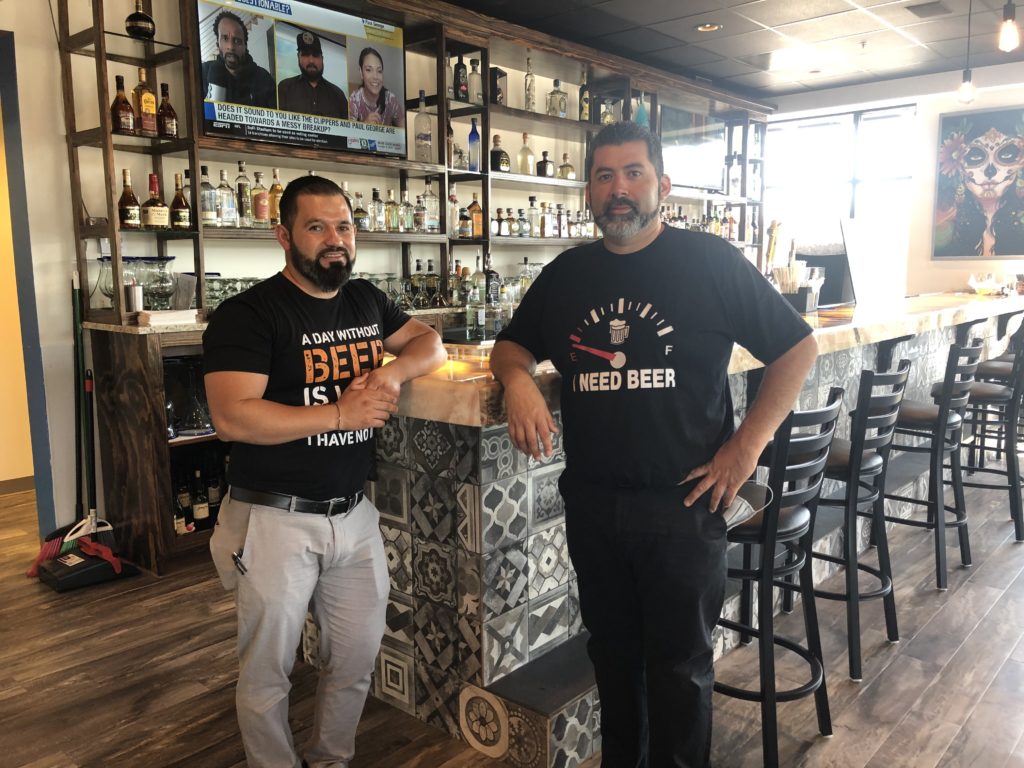 Formerly an Arby’s location, La Catrina’s stylish interior will surprise and impress.  An open feel with tables and booths and a beautiful bar will get you started on the right foot.

But of course, it’s all about the food.  With previous restaurant experience to call on, Romo and Ayala are confident patrons will find something to like in their predominantly Mexican, yet eclectic offerings.

They just opened Friday but early business has been brisk. And the few reviews that have shown up have been largely complimentary.

The meaning of La Catrina is all about living your true self and about not pretending to be someone you are not.  Sounds like another way to say… come as you are.  And it certainly fits with the U.P. lifestyle.

As the central U.P. becomes more and more of a destination for outdoor enthusiasts, Sugarloaf Mountain has seen a dramatic increase in traffic.  So much so that people were forced to park along the Big Bay highway and trek into the start of the mountain trail.  Not an ideal situation.

Always a popular destination for sightseers, recent years have seen that popularity explode.  40,000 visitors in 2018… 60,000 last year, and sure to be more this year.   So what’s the problem?  Parking, of course.

But county officials recognized the need and decided a new parking lot was in order.  And here it is. 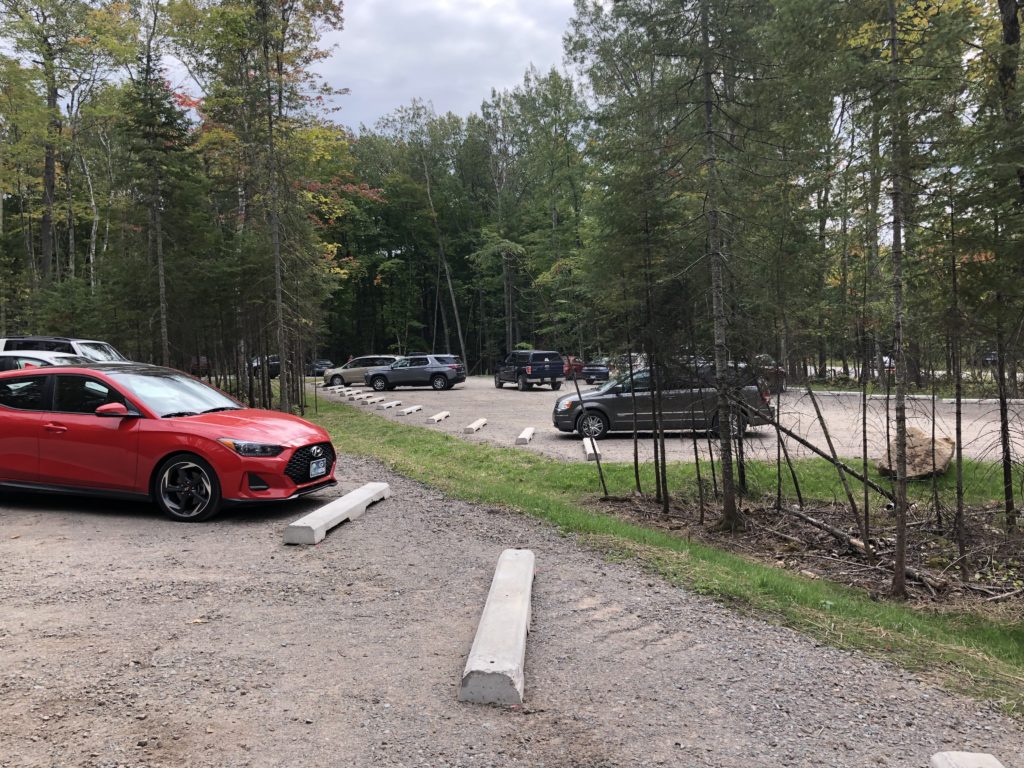 There are 104 new spaces with 4 additional ones for buses and larger vehicles.  And it’s not just leveled ground with a paved slab.  As the photo shows, the lot winds through the trees and fits nicely in the wooded landscape and forest canopy.

Plus, the “old” lot is being expanded and will feature at total of 40 spots.  Trails from both lots merge as you begin your ascent up the mountain.

A porta-potty is on site with plans in the works for a more suitable bathroom facility in the near future.

And with money acquired through a Michigan Trust Fund Grant, new interpretive signing has been installed to give climbers a little more info regarding the area and its history.

Further down the highway, Marquette County also owns and maintains Perkins Park in Big Bay.  Watch for improvements to that popular campground as well as marina expansion for boat traffic at the Big Bay harbor.

Sugarloaf Mountain outgrew its ability to accommodate its ever-growing group of visitors.  So they built a parking lot.

Could the same thing be done at Black Rocks on Presque Isle?

Parking there has become a nightmare for visitors and city officials alike, resulting in more No Parking signs, more tickets, and more frustration.

Would there be community backlash to the idea of building a parking lot near Black Rocks?

Trees would have to be removed and ground would need to be leveled and treated.  But it might be just what we need.

Jumping off the rocks has become the bucket-list activity for Marquette visitors.  Rather than fight it… maybe we should facilitate it.