Where’s Greg Trick Been? How Are the Restaurants Doing? And Has Spring Arrived?

YOU MIGHT HAVE noticed that Greg Trick hasn’t been anchoring the TV6 news for the last few weeks.

True, he and his wife Aoy had been vacationing in Thailand, but there’s more to the story than that. They shortened their trip when the COVID-19 threat became serious back in the States, and returned home on March 22nd.

That’s when Trick learned that WLUC’s corporate owner required returning travelers from overseas to quarantine themselves for 14 days. Unexpected but understandable.

No symptoms whatsoever. In fact, he says, they felt safer in Thailand where they underwent extensive medical screening at the airport and even at grocery stores where employees took customers’ temperatures before they were allowed in to shop.

Trick returns to the air on Monday, the same day when Aoy will reopen her restaurant, the Rice Paddy. 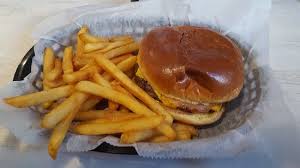 THE NEW NORMAL has had a different impact on different restaurants in town. Take-out only.

Queen City Burger Company, after a very slow start following the mandated closure of all dine-in operations, now seems to be humming.

“I’d say we’re up maybe 60% over where we were a couple of months ago,” says co-owner Eric Curtis. “We just hired two more people who were laid off by other restaurants.”

The key has been a thriving and ambitious delivery service–extending to Negaunee, the Crossroads, and Harvey. Last Saturday, Curtis says, they actually ran out of food late Saturday and had to close down on Sunday. 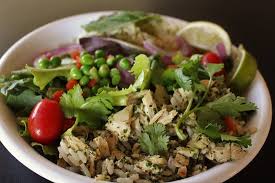 Worries about catering and weddings

A MORE DIFFICULT situation for Outlanders.

“Take-out and deliveries are up,” says co-owner Nicole Klingler, “but a huge part of our business is catering, and catering is now non-existent.”

And why, asks the clueless reporter, is catering non-existent? Because, as it’s patiently explained to him, catering generally goes to groups, and groups, under the governor’s orders, are no longer allowed to assemble.

Another major concern: Wedding season is coming up–June, July, August–and again that’s a major part of Outlanders’ business. So far, no one’s cancelled any contracts, but who knows when all the restrictions might be lifted? No one.

Nicole and her mother, Anne, are the only ones still working at this point. The other seven employees were laid off. Anne says the former employees will likely make more from unemployment than they would have working the greatly reduced hours at the restaurant. 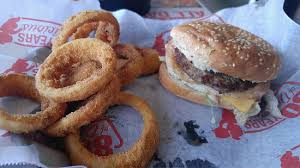 Take-out is no substitute for dine-in

AND HOW ABOUT Big Boy?

“We’re hanging in there,” says owner Steve Whelan, “and fortunately our bank, First Bank, is working with us. They’ve been a really big help.”

Take-out, until now, has never been a major factor at Big Boy–maybe 2-3% of the business–so the New Normal has hit them hard. Whelan estimates they’re doing only about 10-15% of the their normal business.

And they had to lay off about 50 of their employees. Only Whelan and three of his managers are holding up the fort at this point with take-out and deliveries.

Moreover, Whelan worries about the long term effect that the COVID-19 outbreak will have on the restaurant industry. Will customers still feel comfortable coming to restaurants after the crisis has passed? Most of us will, of course, but even a 10% drop in revenue would have a damaging impact on most restaurants. 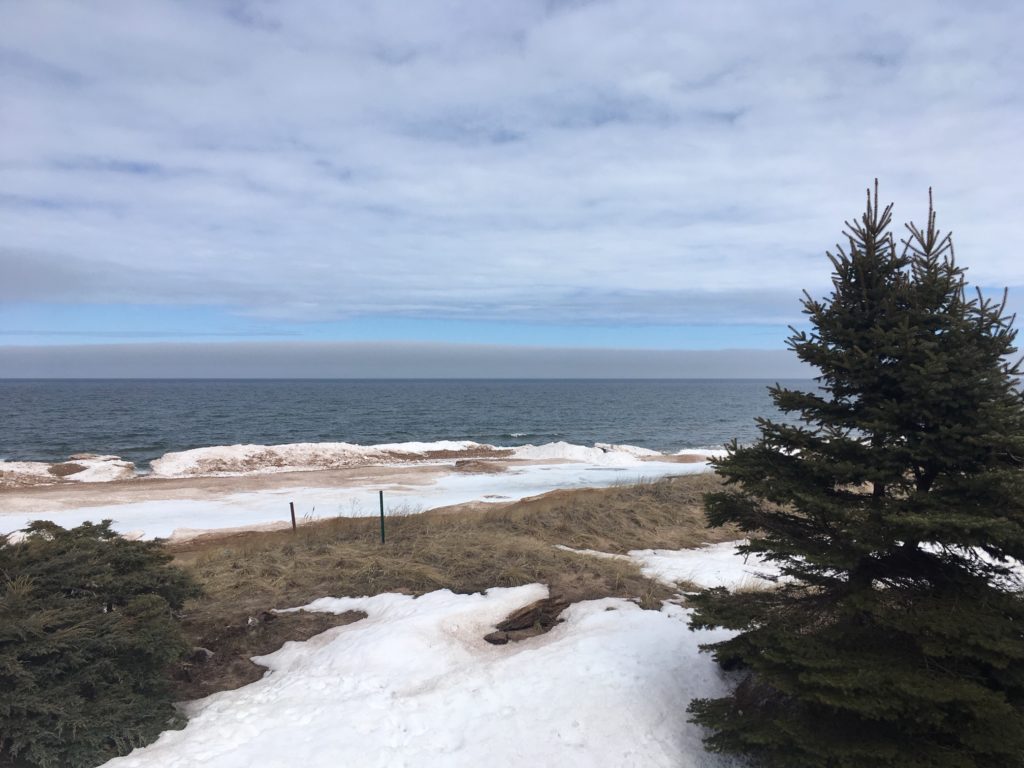 The sun’s out, the snow and ice are melting

FINALLY, HOW ABOUT we forget about the coronavirus for a moment?

Spring is here, in its usual halting manner in the UP.

“We don’t see any more major storms in the next couple of weeks,” says WLUC meteorologist Karl Bohnak, though he warns us, as always, that weather here can be unpredictable. “We’re looking forward to a warming trend in the next week and should see more snow and ice melt.”

It’s been a warm winter–higher than average temperatures in December, January, February, and March. Remarkable.

Also, the Lake level has dropped slightly because of less precipitation and more evaporation. The absence of extensive ice cover on the Lake made that possible.

So, woohoo, spring finally is here.