THE RICH ARE getting richer.

WLUC, which already dominates TV news ratings in the U.P., is about to dismantle its old news set and toss out its old graphics, and build a new, state-of-the art set, and install brand new, cutting edge graphics.

To the tune of $500-750 thousand dollars. That’s an enormous amount of money to spend in the nation’s 180th TV market.

What that means is that starting Sunday night, WLUC’s newscasts–both TV6 and Fox–will be coming to you from a conference room (for news segments) and a former promotions office (for weather and sports).

The construction is expected to take about three months.The tentative launch of the new set with the new graphics (similar to ESPN’s) is scheduled for August 28th.

Why the changes and why the big expense? WLUC GM Rick Rhoades says it was long overdue, and  Gray Television, the new owner, was willing to fork out the cash. You gotta spend to stay ahead of the game. 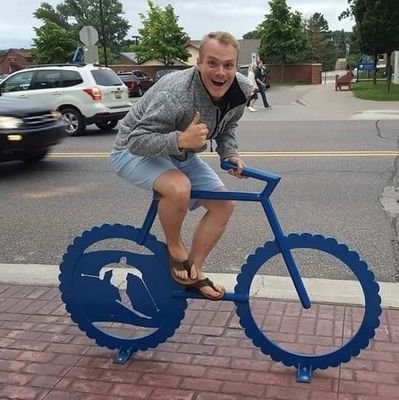 MEANTIME, THE POOR have gotten poorer.

ABC 10, which has long struggled in the TV ratings but has recently made huge strides on its website and its social media presence, has just lost the guy who, in large part, was responsible for those gains.

Andrew Lorinser quit this week after being told that the entire news team was getting a salary bump, but that he wasn’t considered part of the “news team.” Therefore, no bump.

The last raise he received, Lorinser says, was four years ago.

He’s not angry, he says, nor resentful. Just surprised and disappointed that the station owners, out of Alpena, didn’t recognize his value to the station.

ABC 10’s news director Jerry Taylor confirms that the refusal to give Lorinser a bump was not a decision made locally. “I’m gonna miss the guy,” Taylor says. “We’re all gonna miss him.”

When Lorinser joined the staff, ABC 10 had 400 followers on Facebook. It was invisible on social media. It now has 23,000 followers. Its digital offerings are numerous and frequently thought-provoking.

Enough said. Except for this: The owners are idiots. Anyone who doesn’t realize that the internet and social media are absolutely vital for the future of TV news shouldn’t own a TV station. 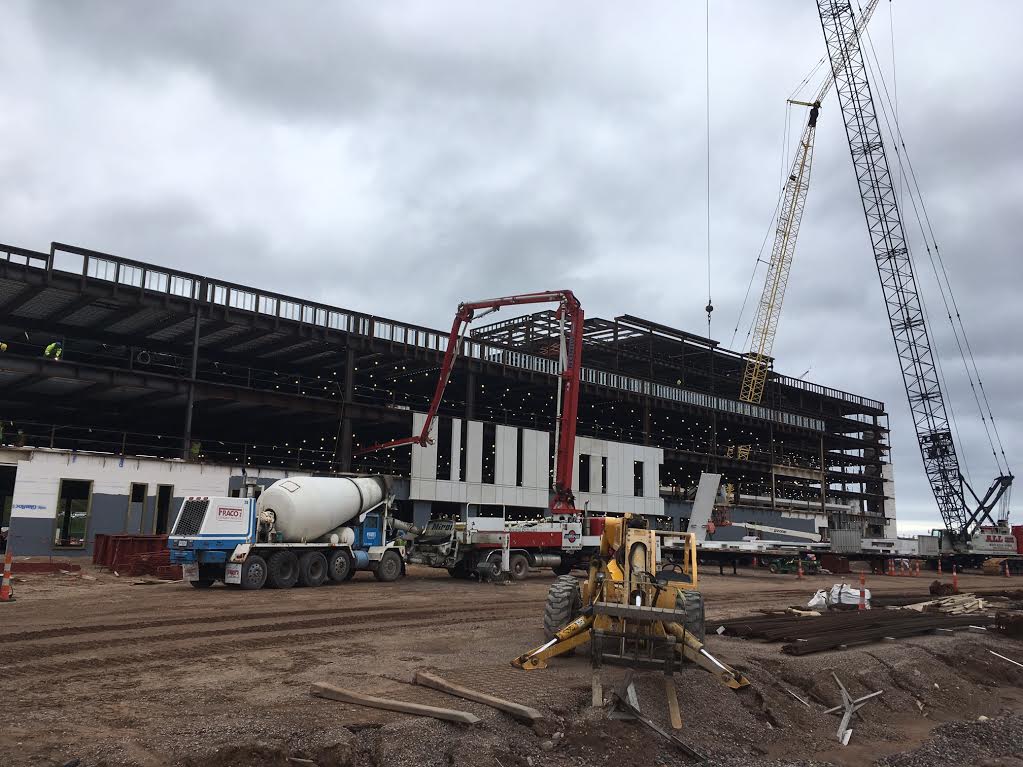 Reports from inside the hospital tell us that Duke Lifepoint recently laid off another 19 employees, most of them reportedly from IT.

Management so far hasn’t commented on the cuts.

Several weeks ago, the hospital laid off 30 employees. It’s also outsourcing dozens of other jobs although management insists that the current, local employees will keep their jobs after re-applying for them. 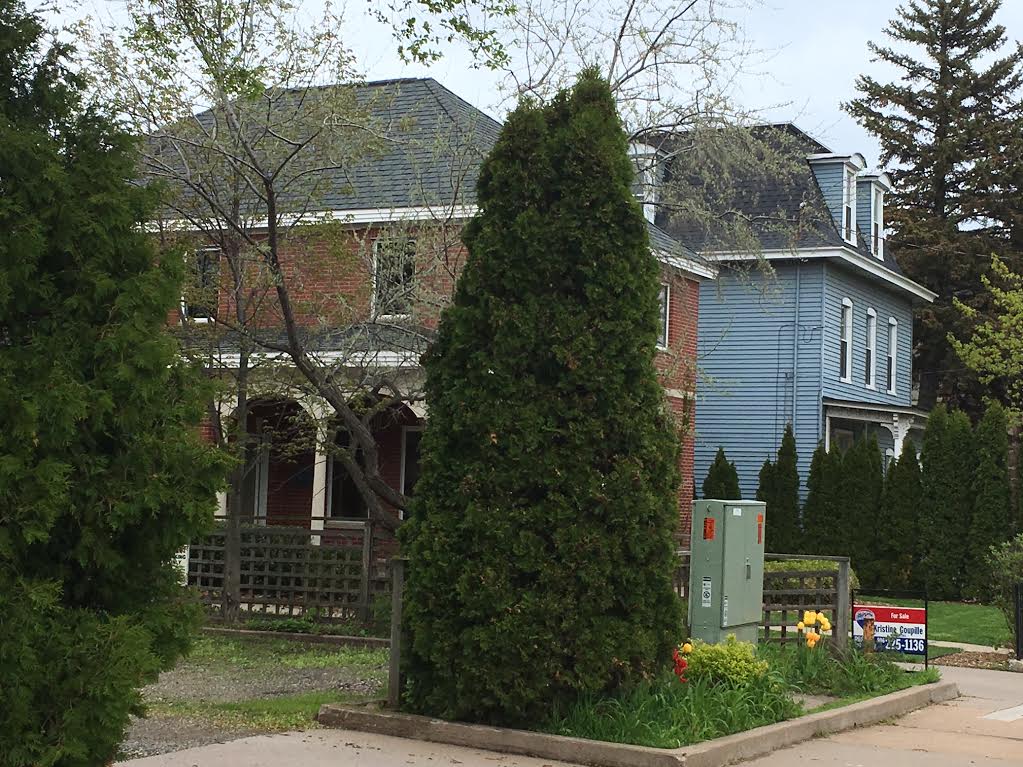 YOU WOULDN’T KNOW it from the endlessly gloomy weather, but the house-buying season has begun.

Average days on the market for a home sale was 91 days, compared to 121 days the year before.

The one counter-trend, according to retired appraiser Bruce Closser, who compiled these figures, is that total employment figures in Marquette County continue to decline. Not steep, but steady.

So why the home price appreciation? Closser suspects retirees and other residents who aren’t paid by local businesses (and thus aren’t considered part of Marquette County employment) are firing up the market.

People want to live here, even under endlessly gloomy skies. 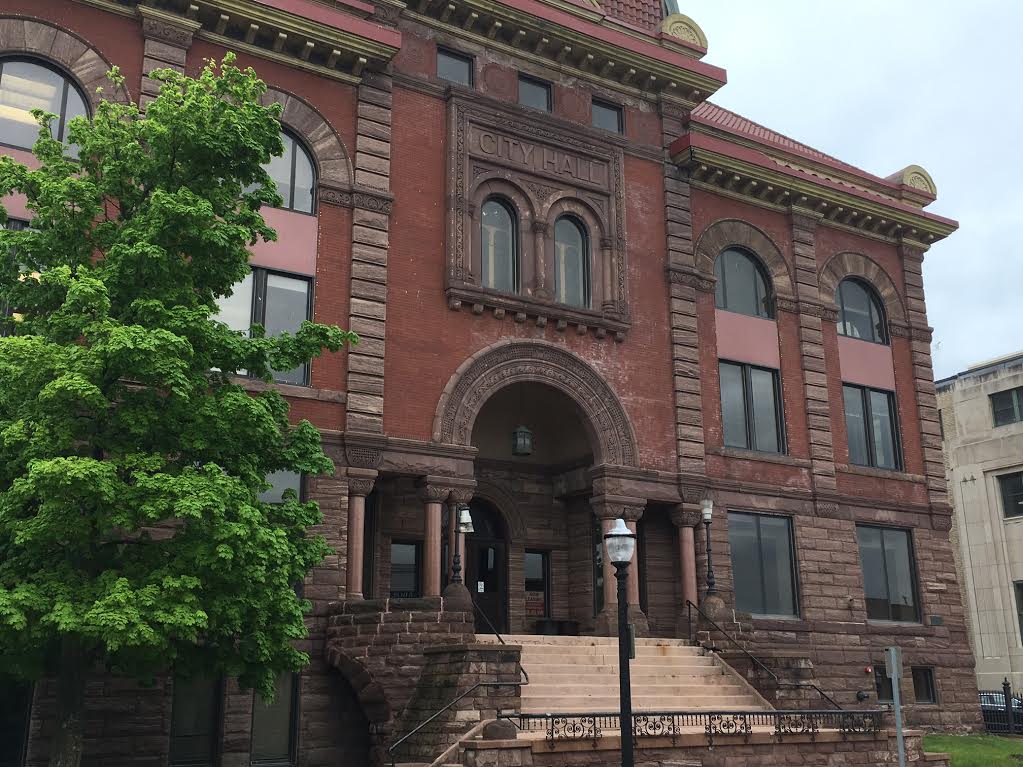 AFTER A BUSY four months, Marquette’s former City Hall, one of downtown’s prime office locations, is now fully back in business.

You might remember back on December 21st, on a cold, cold night, a generator malfunctioned, a pipe burst, and most of the five floor building was flooded.

A nightmare for O’Dovero Properties which owns the building. Tenants had to move out. Repairs had to be made to floors, walls, ceilings, electric. Almost everything.

But it’s now back, and most of the tenants–lawyers, CPA’s, psychologists, massage therapists, and the like–are back.

There are a few vacancies, though, in a building with new floors, carpets, and drywall…and a perfectly functioning generator. 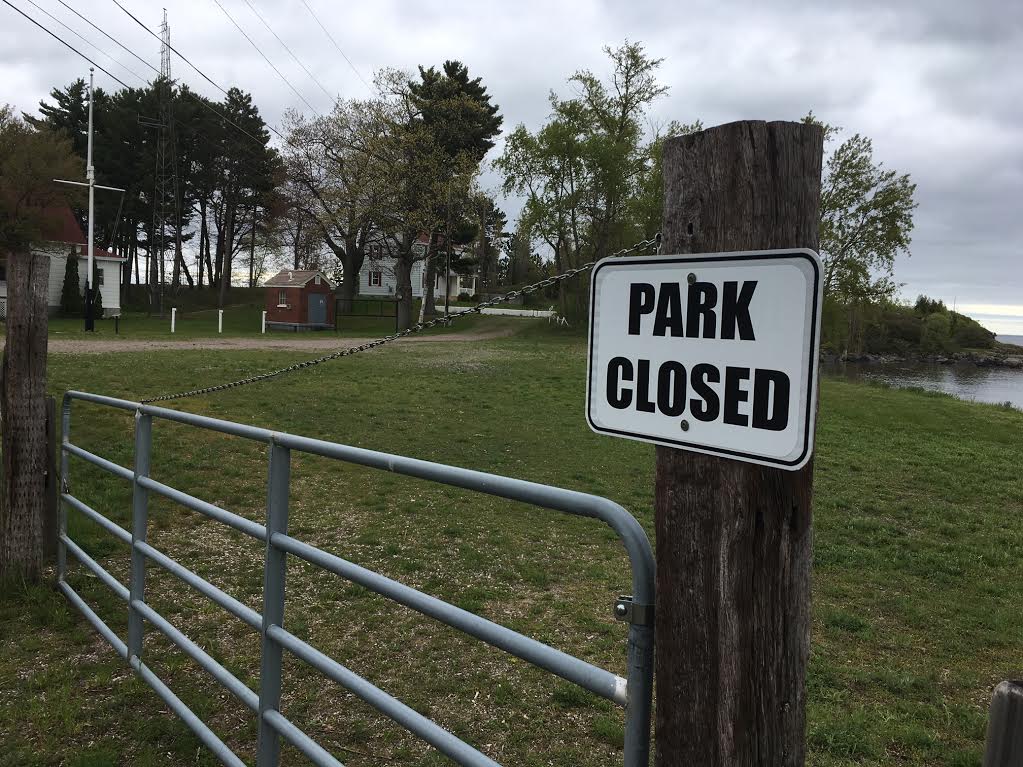 IF YOU WERE hoping to take a leisurely stroll through Marquette’s scenic Coast Guard park this summer, forget it.

It’s still closed to the public while a consultant completes his study on how to properly use the nine acres that the city got in a trade with the Coast Guard several years ago. The Coast Guard, in return, got the adjacent city property where it built its current station.

So why hasn’t the city been able to use its new land while the Coast Guard long ago built its new station on its new land? It’s a long, boring story involving government bureaucracy, rules and regulations. Blah blah blah.

Anyway, back to the city’s “park.” The big questions, according the city manager Mike Angeli, are what to do with the old Coast Guard station building and the house that are now on the property. If they stay, how would they be used by the public? That’s what a consultant will tell us.

So when might the park finally open up to the public? Next summer???

Don’t count on it. Here’s what was written by some irresponsible local news blog in August of last year:

“City manager Mike Angeli expects, at the latest, that the park will open by next summer.” 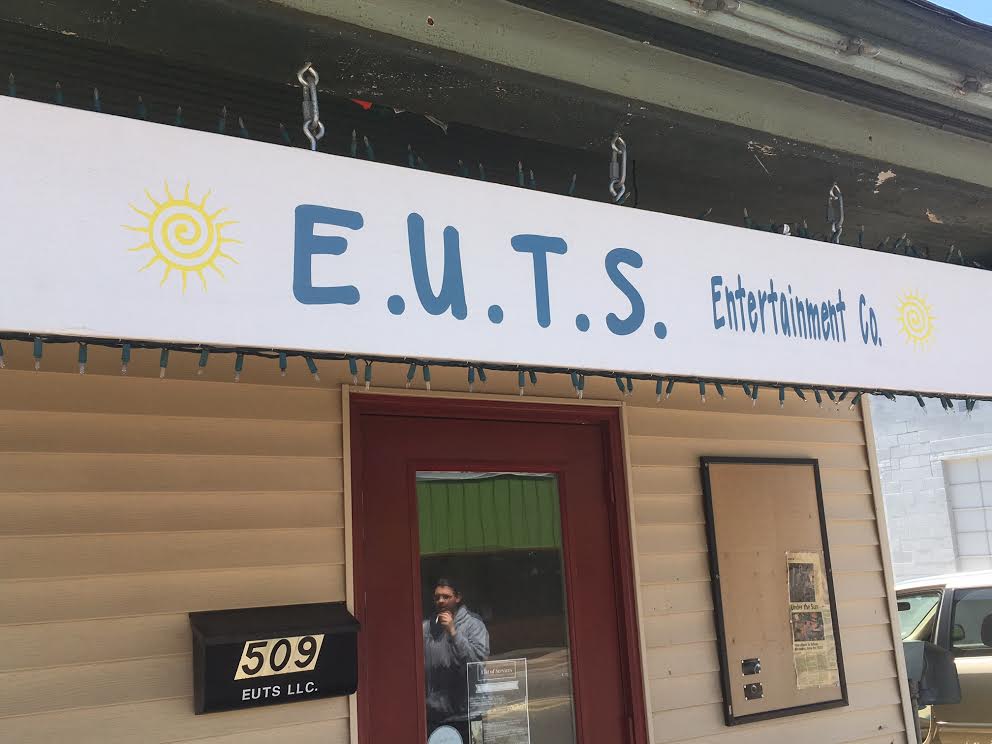 YA GOTTA LOVE young people investing their time, energy, and money into a new business.

That’s what you have in E.U.T.S. Entertainment operating out of a humble, little building on West Washington Street.

First of all, the name stands for Everything Under the Sun, which is the name of a five member band that’s been together for five years.

And the band members are the owners of the business which  1) books themselves for gigs  2) books other bands and entertainers for gigs throughout the Midwest, all the way out to Las Vegas  3) plans events ranging from $500 to $50,000  4) rents out sound and stage equipment  5) offers music lessons  6) and is now in the process of building a recording studio in the back of the building.

And in dire need of a splashy, new sign out front that’ll attract a little more attention.