THAT “YELLOW WALL” dispute on Front Street refuses to die down. The two parties are going to court again and it looks like the matter may not be resolved for a couple of months, maybe longer.

Too bad for everybody involved, including the city.

Quick background: The three White sisters grew up in Marquette but then moved away before buying a blighted structure at 215 Front a couple of years ago. They planned to turn it into a handsome, restored building with three apartments and a commercial space at the street level.

And, we subsequently learned, the commercial space would become a wine bar. Yippee!!

The sisters obtained a grant from the Michigan Economic Development Corporation to help finance the project. Among the stipulations in the grant was a requirement that they re-do that ugly yellow outside wall facing south.

Turns out, the property line for the building virtually ended at the yellow wall–there would be no room to set up scaffolding and such. So the sisters would have to work out an agreement with the neighbors, The Watermarq, who own the parking lot adjacent to the wall, to gain access to the wall. The Whites also wanted access through the parking lot so they could locate a dumpster in their backyard.

The Watermarq, owned by four local partners, agreed to give access for both projects but said the cost would be $30,000. The sisters countered with $5000. No deal, no compromise.

So the sisters ended up locating the dumpster on Front Street, instead, and the renovation got underway. And it’s moving along swimmingly. 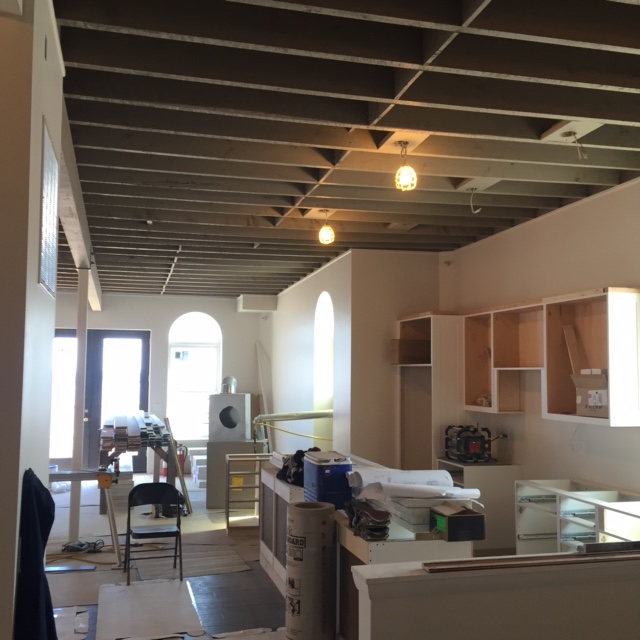 But the damn wall issue, after all these months, still remains unresolved. The sisters took it to court and were told, “Go settle this in mediation.” They went to mediation and still couldn’t get it resolved. Now they’re going back to court.

Hard to tell who’s right and who’s wrong here but, geez, what a waste of time, money, and energy for everybody. (Although you gotta figure the lawyers are doing pretty well.)

One more thing: The city of Marquette, through the Downtown Development Authority, actually writes the checks for the development and then gets reimbursed by the MEDC. If the stipulations of the grant are not met (i.e. the yellow wall is not re-done), the city may have to give back the money it’s already received from the MEDC.

Can’t we all get along here?

Added note: Two calls were placed to The Watermarq, prior to posting, and messages were left. The calls have not been returned yet. 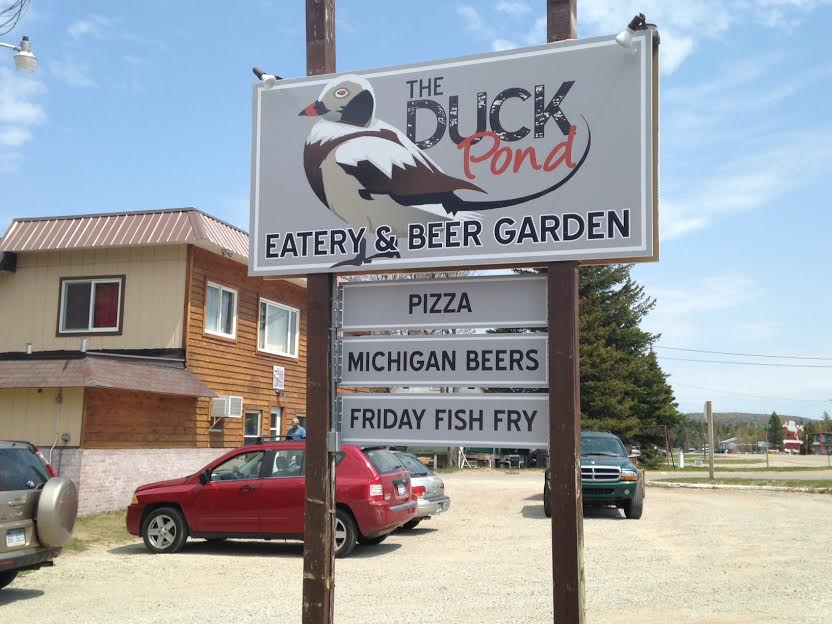 A HAPPIER PICTURE 35 miles up the coast in Christmas.

Now they’re about to open the Duck Pond, a new restaurant-bar-beer garden in Christmas (at the former Trails End). They’re also expanding their kayak village in Christmas–more yurts and tents, all with access to the beach. It just opened last year. 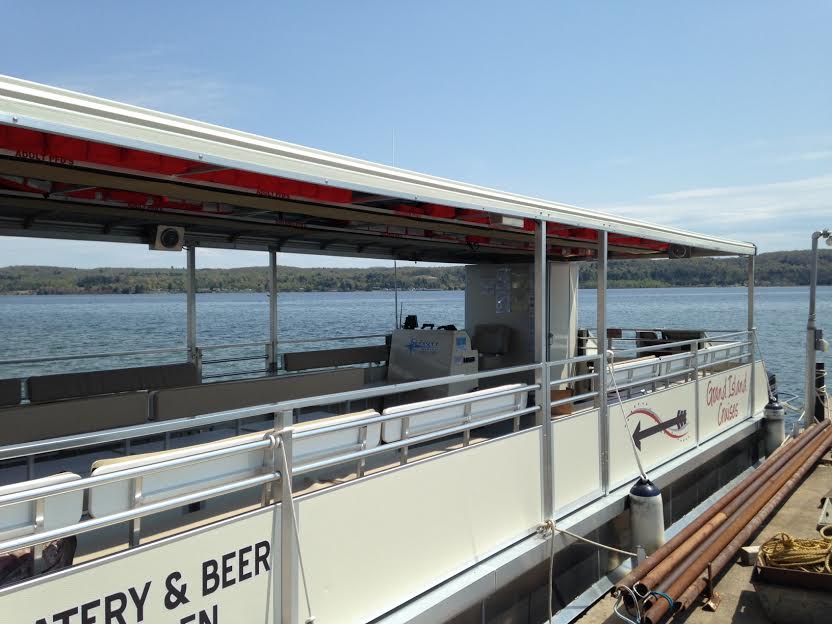 And they’re also about to start a catamaran cruise around Grand Island.

For many adventure tourists from around the world, kayaking Pictured Rocks has become a bucket list item. Uncle Ducky’s is capitalizing, big time. 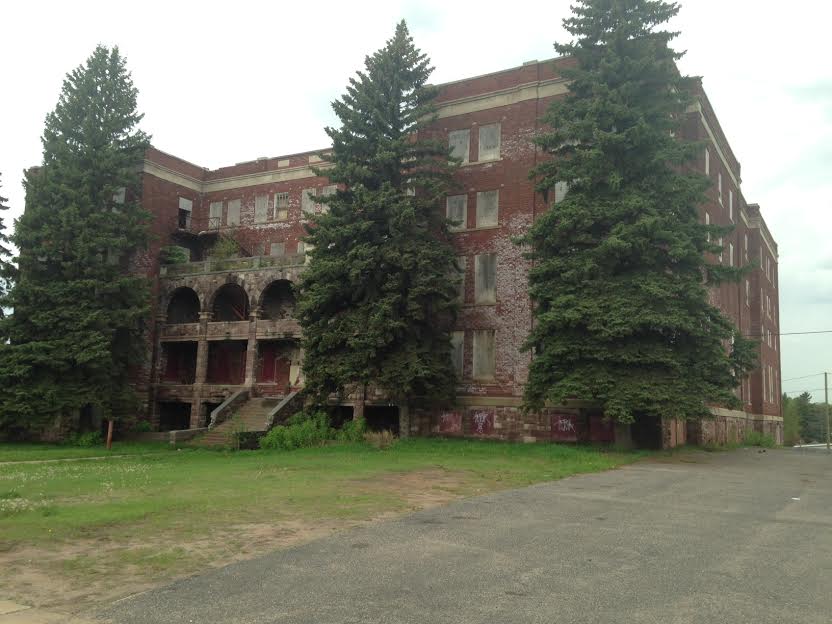 The sale of the Orphanage to Community Action Alger-Marquette (formerly AMCAB) and its private partner will officially close on June 7th, after several delays.

That means the work–the remediation, the gutting of the inside and fixing the outside–can begin in earnest. You may have noticed that they’re asking folks to move their vehicles out of the parking lot near the building so that the construction can get underway.

It’s been a long time coming. Some thought it would never happen.

New name for the long neglected, historic building? The Grandview Marquette. Affordable apartment rentals in the center of the city. Should be ready for occupancy within two years.

That’s truly something to celebrate. 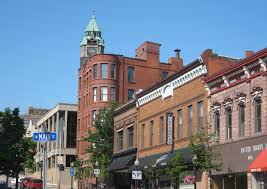 It’s one year old and it just passed another milestone: one hundred members.

Sure seems like it’s surviving. Yes, it’s attracted the smaller businesses but it can also count among its members these heavyweights: NMU, The Landmark, Easy Ice, River Valley Bank, the city of Marquette, TravelMarquette, and plenty of others.

Now the Chamber is looking for new quarters. It’s outgrown its space on Third Street. 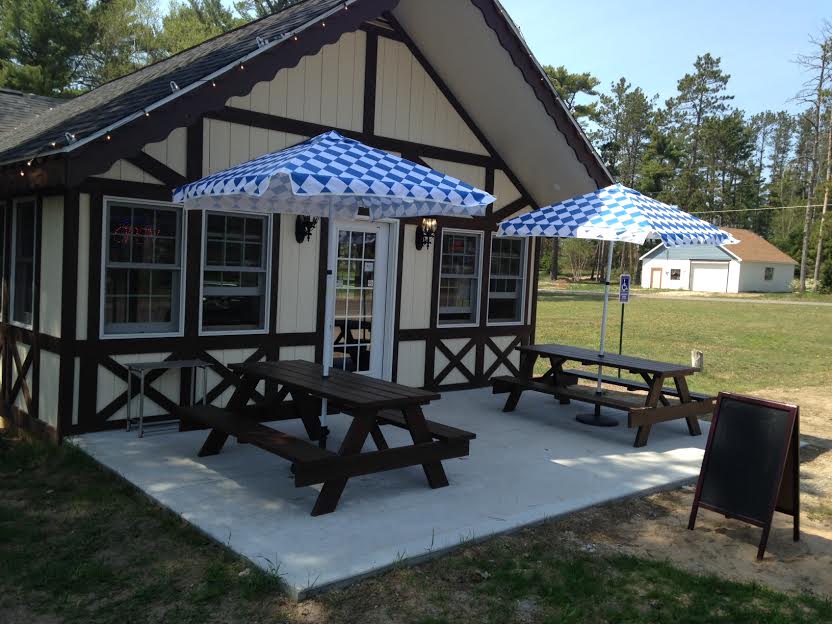 That’s what a couple from Illinois is doing. Stewart and Jennifer Wagener left good jobs (she’s an attorney) back home to move to the U.P. and open up a little German restaurant in AuTrain.

Wagener’s Delicatessen and Cafe, by name. It’s just off of M-28.

Why the radical change? They had visited the U.P. several times and had fallen in the love with the place. He’s got a background in the restaurant industry and he loves German cooking so…bingo!…it makes all the sense in the world to leave your jobs and your home behind, and relocate to AuTrain, Michigan.

You like schnitzel, bratwurst, liverwurst, cabbage rolls, and sauerkraut? Stop by and say Hi to the Wageners. 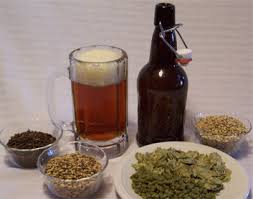 LET’S SEE, THE sun’s now peeking between the clouds and the temperature’s slowly creeping above 60 degrees. Summer! Must be time for an outdoor festival in Marquette.

It’s the Spring Fermentation Celebration, Saturday, June 4th, at the Lower Harbor. The first ever.

What is it? Well, it’s sponsored by the Marquette Home Brewers so you’d think that would mean you’d be drinking all sorts of home brews.

Not quite. There’ll be a half dozen of them there for sampling but they were all made in collaboration with commercial breweries. State law requires it.

The other brews being offered at the festival–beer, wine, cider, and mead–are all commercial Michigan beverages. That, along with food and music.

In other words, it’s a good reason to go down to the Lower Harbor and join the party. And the proceeds go to charitable local groups. Philanthropic drinking.